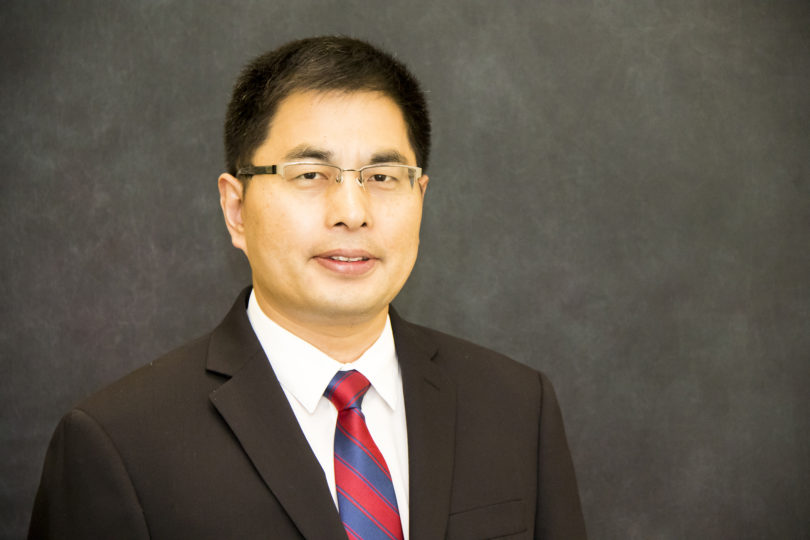 WenZhan Song has been named the Georgia Power Mickey A. Brown Professor in Engineering at UGA.

The appointment was approved by the Board of Regents of the University System of Georgia at its October meeting. The Brown Professorship in Engineering is part of a strategic investment on the part of the university and the college in the field of informatics.

Song’s research focuses on advances in cyber-physical systems and security in energy, ­environmental and health applications. Cyber-physical systems, also known as the internet of things, are “smart” systems that link the physical world with the ­virtual world of information processing through sensor technology. Examples of CPS include medical ­devices and systems, building and environmental control, energy systems, security systems, robotic systems and factory automation.

“Dr. Song is a distinguished scientist and educator in cyber-physical systems with an outstanding record of leading large multidisciplinary research projects,” said Donald J. Leo, dean of the College of Engineering. “He will play a major role as the University of Georgia and the College of Engineering establish themselves as leaders at the interface of informatics, energy and power systems.”

“If you think of the internet as a circulatory system connecting the world, then cyber-physical systems are the nervous system sensing the world,” said Song. “CPS allow us to collect and extract timely data for efficient decision-making and quick corrective actions.”

The professorship honors Mickey A. Brown, a UGA alumnus with a degree in engineering and a long-time senior executive with Georgia Power.

Song joined UGA this semester from Georgia State University, where he was a professor of computer science. He established the Sensorweb Research Laboratory in 2005, and his research has earned funding from the National Science Foundation, NASA, the U.S. Geological Survey, private industry and other partners. Song received an NSF CAREER Award in 2010. Prior to joining Georgia State, he served as an assistant professor at Washington State University.