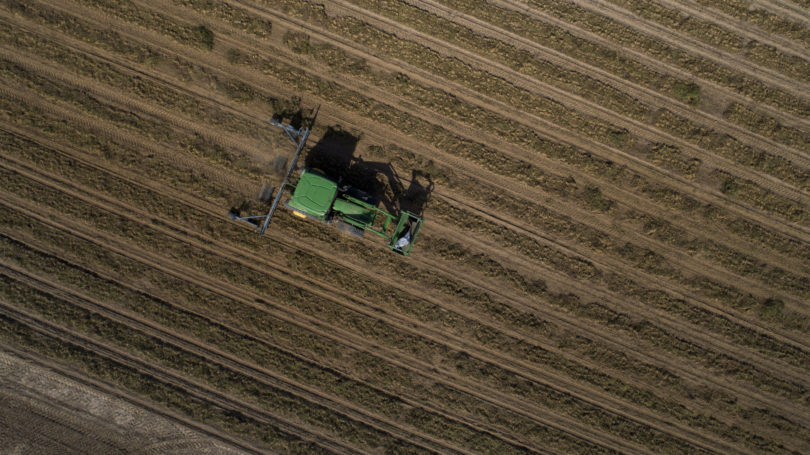 UGA-developed tool could help farmers save millions of dollars

Georgia’s peanut crop generates more than $600 million annually, but determining the optimal harvest time for the crop can be tricky. Current crop assessment tools are time consuming and prone to human error, leading to millions of dollars in lost yield each year.

Researchers in the University of Georgia College of Engineering are working to help farmers improve the quality and quantity of their yield by providing them with faster and more accurate data. In a new study published in Springer Precision Agriculture, the UGA team presents a portable, smartphone-based system for peanut harvest analysis.

One of the primary methods now used to determine peanut maturity is a peanut profile board, an eye test based on the close relationship between the pod’s color and its maturity. This method requires farmers to dig up samples from their field for assessment by a county agent. The harvest day for the peanuts is estimated based on the percentage of black peanuts in a sample.

From days to minutes

“As peanut fields tend to be widely scattered, the collection, shipping and analysis can take days to complete,” said Rui Li, the study’s lead author and a 2020 graduate of UGA with a Ph.D. in engineering. “In contrast, it takes three to five minutes to obtain a printed report from our system.”

To address the drawbacks of current assessment methods, the UGA researchers integrated smartphone technology with a portable photo station. The semi-automated system allows farmers to collect, store and access harvest-related data at their own farm and wirelessly send the information to a county agent for further evaluation.

To use the system, a farmer places samples on a board designed to hold peanuts in individual slots and slides the board into the bottom of the photo station. Placing a smartphone at the top the photo station, the user snaps a picture of the crop sample. From there, the team’s smartphone application analyzes the color of the peanuts and feeds the information to an online database. The application allows the user to customize their report by inputting information such as the field location, the type of peanut and the disease condition. Peanuts harvested and bagged at the Plant Science Farm on the UGA Tifton campus. (Photo by Clint Thompson)

According to the researchers, this quicker assessment tool will allow farmers to continuously monitor the maturity of their crop and account for factors such as soil type and weather.

“Under-matured or over-matured peanuts can have a high level of aflatoxin, a toxin produced by fungi found on some agricultural crops,” said Li. “If a farmer can continuously track the level of peanut maturity, they will be able to start the harvesting process in a suitable time window and reduce the yield loss caused by aflatoxin.”

“The system can be improved in two ways,” said Li. “One is to further optimize the light conditions for consistent image quality, and the other is to improve the color detection function using a data-driven algorithm.”

Once a sufficient amount of human grading data is recorded in the database, the team believes machine learning algorithms could further improve the system’s accuracy. It may be possible, they said, to develop a predictive model for peanut harvest based on the data.

“The development of this system is not only a significant time saver for peanut farmers, it will improve our ability to determine maturity which is directly related to peanut flavor for the consumer,” said Don Koehler, executive director of the Georgia Peanut Commission.

“The farmers (participating in the field tests) were strongly interested in the benefits of the smartphone application. They like the portability and low cost of the system,” said Li.