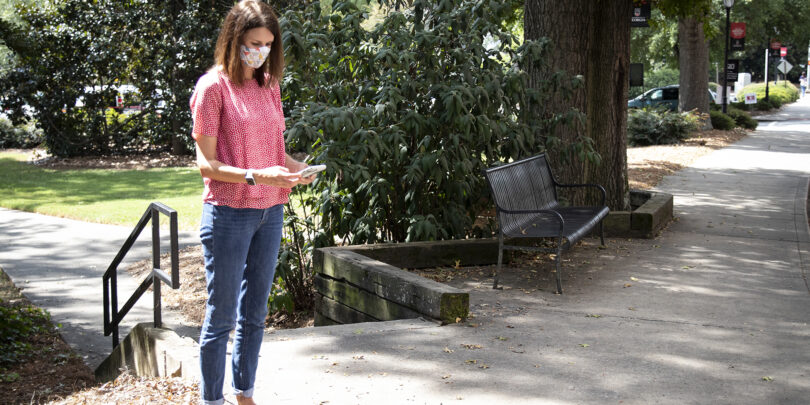 Study finds a phone’s system may be introducing unintended errors

Smartphone apps that are marketed to support contact tracing are one component in stemming the spread of COVID-19. But by relying on a phone’s global positioning system, these apps may also be introducing unintended location errors affected by buildings or landscapes, according to a study by a University of Georgia researcher.

The study, which was published earlier this year in the journal PLOS ONE, was based on research done before the coronavirus pandemic was even a thought. But with little research available on the accuracy of cellphone GPS systems, the study is gaining new traction among developers and testers of contact-tracing apps. 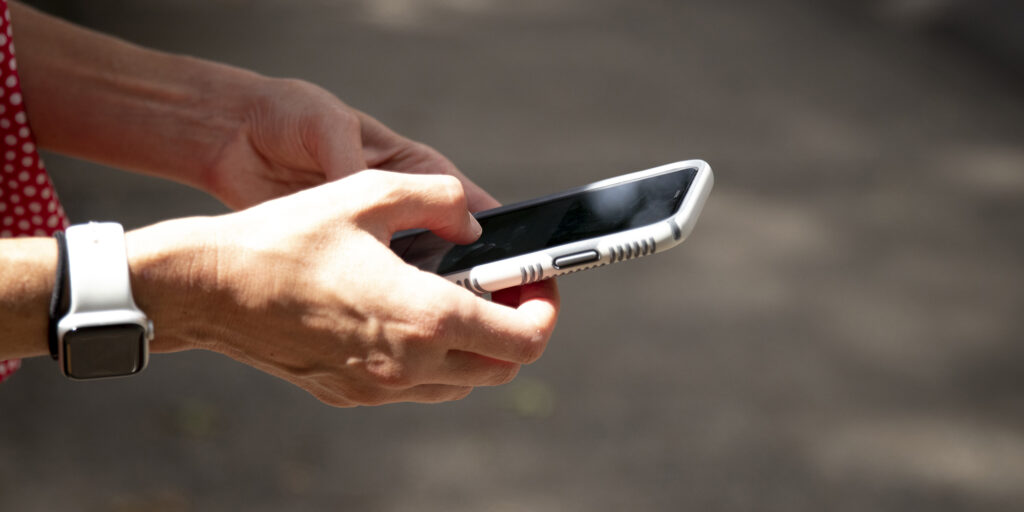 “We found moderate correlations with errors for location points that were near buildings, with both the GPS and the Wi-Fi enabled—it was moderate, but it clearly impacted the accuracy,” said Krista Merry, a research professional at the UGA Warnell School of Forestry and Natural Resources. “In the end, we found on average it was 7 to 13 meters off—not very big. But in terms of COVID-19 and contact tracing, if you’re using an app that uses GPS to notify people that you’ve come in contact with, there’s error that’s being introduced there.” 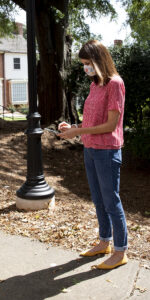 The amount of error is still what’s being researched, but Merry, who specializes in GPS research and data collection, said buildings seemed to be the greatest influencer of error. For her research, which took place over several years, Merry used the locations of six survey caps located within walking distance of her lab at Warnell. During different times of day, she would walk the circuitous route on the UGA campus, noting factors such as where buildings were located, the seasons and tree coverage, time of day and even activity levels on campus.

The survey caps gave Merry a location that had been measured to within centimeters of accuracy—they are often seen as silver medallions embedded in a sidewalk. She also tested the locations with and without Wi-Fi assistance, noting her locations using an app called Avenza Maps. The project began in December 2016 and, after more than 160 walks, she had collected 960 GPS-only points and 960 Wi-Fi-enabled points. “So, it was a lot of data,” she said, laughing. “The app collected everything into a file that’s usable in ArcGIS, and it ended up looking like these six points had the measles when it was all collected.”

Some things had no influence on accuracy, she said. For example, trees with or without leaves had no effect on GPS accuracy, nor did the use of the Wi-Fi network. But other elements of the landscape did influence accuracy.

“You can visually see patterns for sure. In the caps that were in open areas, the points definitely clustered around those survey caps,” she said, noting one cap located next to a large hotel building. “It was all over the place—some points were within a meter, but others were over 100 meters off. The assumption is that the building was causing a multipath error.”

It began with a quail question

When she began the study four years ago, it was more of a personal project than anything else, Merry said. She had overheard officemates debating GPS collection in a field study they were conducting: Should they use dedicated GPS equipment to note the location of quail they were studying, or could they just use the GPS in their phones? Merry decided it would be an interesting question to try and answer.

But what began as a study to assist with wildlife research quickly moved out of the natural resources field. Today, Merry’s study is being cited in medical and public health journals.

Her initial experiment was unfunded, done on her own time—and with an older iPhone. Now, with a need for more information on phone GPS accuracy and few other studies, Merry is seeking additional funding to test newer models of phones, including Androids, to develop more guidance on GPS accuracy.

“As medical and health professional are looking at results from contact-tracing apps, they need to know how much error they are dealing with when they’re making health care decisions or policy decisions,” said Merry. “And, if you’re using a contact-tracing app that’s saying you just walked past someone who is COVID positive, how accurate is that going to be?”