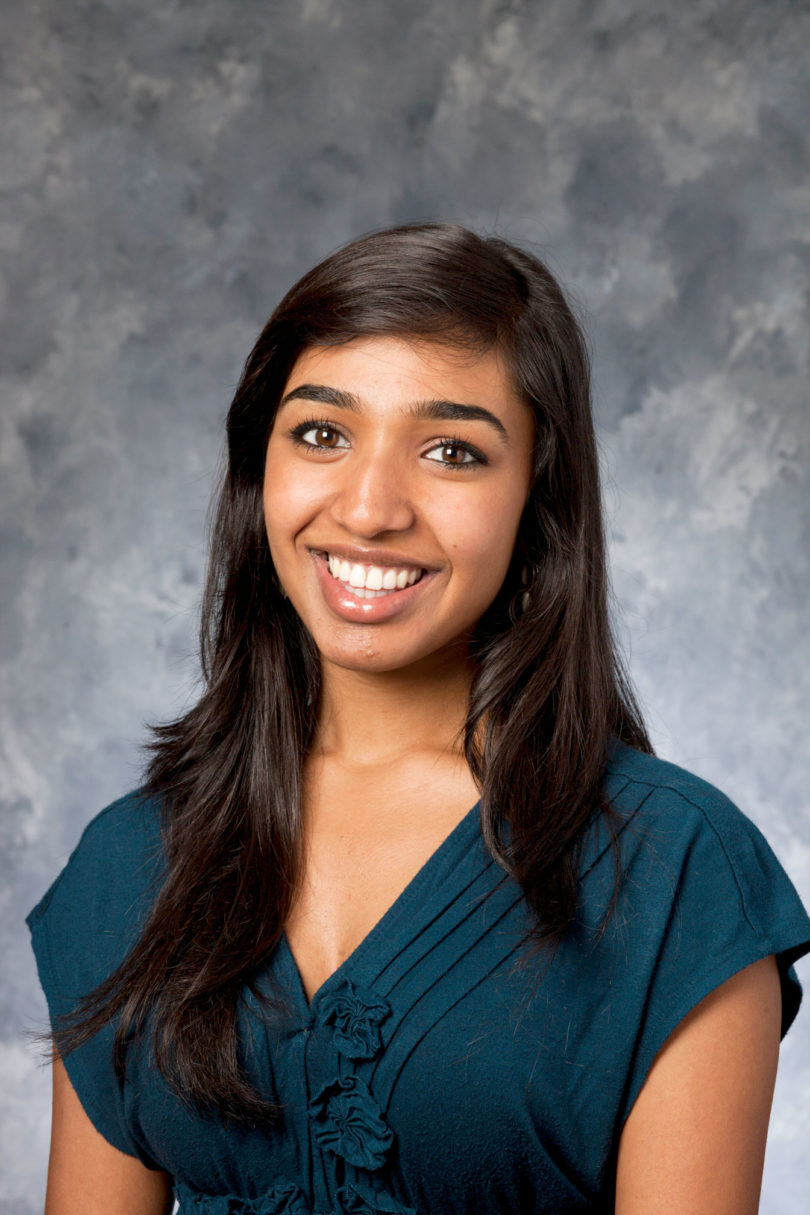 Athens, Ga. – Smitha Ganeshan, an Honors student majoring in anthropology at the University of Georgia, has received a 2013 Harry S. Truman Scholarship, which recognizes juniors with exceptional leadership potential who are committed to careers in government and elsewhere in public service.

Ganeshan is a graduate of Northview High School in Johns Creek and a recipient of UGA’s Foundation Fellowship. She was one of 62 students to receive the scholarship, which offers up to $30,000 for graduate study. The Franklin College of Arts and Sciences student is the 18th UGA recipient of the scholarship since 1982, the first year UGA students received the award, and the only recipient in Georgia this year.

“UGA students have once again proven that they can compete at the highest academic levels,” said UGA President Michael F. Adams. “We all congratulate Smitha Ganeshan on this signal accomplishment and know that she will represent UGA well.”

Ganeshan, who aims to pursue a dual M.D. and Master in Public Policy degree, is active in health care and health policy issues in Athens as well as around the globe.

“Smitha has combined the many opportunities and resources available to students at the University of Georgia with her considerable intellect and energy to address some of society’s most challenging issues,” said Provost Jere Morehead, senior vice president for academic affairs. “She represents the very best of what students from the state’s flagship institution of higher education contribute to our world.”

She volunteers at the non-profit Athens Nurses Clinic, which provides basic primary care and dental services for uninsured patients, and has interned at the Athens Health Network, an organization that works to reduce health care disparities by coordinating health services for the indigent population. She is a co-founder of the Lunchbox Garden Project, an after-school nutrition education and obesity prevention program that was launched in 2011 and now serves two schools in Athens through a grant from UGA’s Office of Sustainability.

“Smitha is a most deserving recipient of the Truman Scholarship,” said David S. Williams, director of UGA’s Honors Program and UGA’s faculty representative for the Truman Scholarship. “She is an amazing person, with an incredible intellect and a huge heart. These gifts, combined with her impressive abilities as a leader, strongly suggest that she will indeed be a powerful agent for positive change in the future.”

As an intern at the Greater New York Hospital Association, she worked under Executive Vice President and General Counsel Susan C. Waltman, a trustee of the UGA Foundation and an alumna, to translate evidence-based obesity prevention models into programs for hospital implementation. Ganeshan has studied at Oxford University through the UGA at Oxford program and interned at the World Health Organization’s M.V. Hospital for Diabetes in Chennai, India, where she worked as a member of the epidemiology team. The following winter, she worked at a mobile health clinic in Lima, Peru and later that year assisted a physician at a community health clinic in Nicaragua.

Her additional campus activities include serving as chief editor for the Journal for Undergraduate Research Opportunities, serving on the Student Government Freshman Forum and serving on the student committee for the university’s Delta Prize for Global Understanding. She is a member of the Dean William Tate Honor Society, the Omicron Delta Kappa national leadership society and the Palladia Women’s Honor Society. Ganeshan is an Honors Program Student Ambassador and works part time as a campus tour leader for the UGA Visitors Center.

The 2013 Truman Scholars will assemble in Missouri May 28-June 2 for a weeklong leadership development program that will conclude with an awards ceremony. Truman Scholars also receive priority admission and supplemental financial aid at some premier graduate institutions, leadership training, career and graduate school counseling, and special internship opportunities within the federal government.