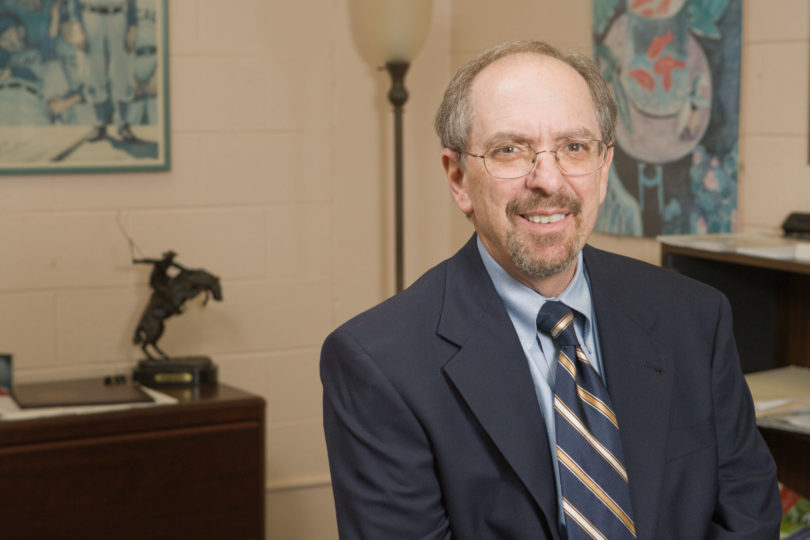 A 1998 settlement designed to limit the marketing of smokeless tobacco to youth hasn’t been effective, according to a new UGA study published in the early online edition of the American Journal of Public Health.

“Exposure rates are significant and have been very stable over the past 10 years,” said study co-author Dean Krugman, professor in the Grady College of Journalism and Mass Communication. “We need to be vigilant about what this industry is doing because of the health consequences and the fact that major cigarette marketers—R.J. Reynolds and Philip Morris, which have heretofore not had smokeless products—are both introducing and test marketing smokeless products.”

Krugman and co-authors Margaret Morrison and Pumsoon Park found that in 1993 smokeless tobacco advertising in magazines reached 66 percent of youth ages 12 to 17. In 2002, the last year for which figures are available, the ads reached 64 percent of adolescents.

Major cigarette producers signed the Master Settlement Agreement in 1998 with the attorneys general from 46 states. Among other things, the settlement called for the elimination of billboard advertising, cartoons in tobacco advertising and marketing toward youth.

To gauge advertising exposure and whether smokeless tobacco companies have complied with the STMSA, Krugman and his colleagues analyzed data on readership and advertising in popular magazines over a 10-year period. The researchers identified magazines used by smokeless tobacco advertisers, including Rolling Stone, Spin, Sports Illustrated and Sporting News.

At both the beginning and the end of the study period, roughly two-thirds of youth were exposed to smokeless tobacco advertising in magazines (66 and 64 percent, respectively). The study found that smokeless tobacco advertising in magazines increased in the first year after the STMSA went into effect, reaching 83 percent of adolescents. Exposure dropped sharply to 57 percent in 2000, but rates steadily increased in later years.

“Despite the fact that we have the Smokeless Tobacco Master Settlement Agreement in place, these messages are still getting to a substantial number of youth,” said lead author Margie Morrison, associate professor in the School of Advertising and Public Relations at the University of Tennessee-Knoxville. “Our study is one of the first to actually look at this topic and provides a baseline for assessing youth exposure levels and monitoring the smokeless tobacco industry.”

Krugman said smokeless tobacco manufacturers have largely avoided scrutiny, most likely because the research and policy emphasis has been on the consequences of cigarette smoking, which involves much higher levels of marketing and enormous health consequences.

But he points out that research studies show that smokeless tobacco is not a safe alternative to cigarettes and can cause cancers of the mouth and throat and other negative health consequences. A 2005 study by the national Centers for Disease Control and Prevention found that 8 percent of high school students had used smokeless tobacco in the last month.

“From a public policy perspective, this is flying under the radar,” Krugman said. “Researchers and policymakers who are concerned about youth tobacco use should not stop at cigarettes.”

Krugman has been studying tobacco advertising and the effectiveness of anti-smoking efforts for nearly 20 years. He is co-investigator with UGA’s Southern Center for Health Communication and Poverty, which is funded by the CDC. He has served as an expert witness to the U.S. Department of Justice and the attorney general of several states regarding adolescents and cigarette advertising. He said he’s especially concerned about the test marketing of Marlboro and Camel branded smokeless products, which he said will have an instant appeal to youth.

“They’re testing products with brand names that have been overwhelmingly successful with young people,” Krugman said. “The power of those brands will create a built-in appeal for their smokeless products.”