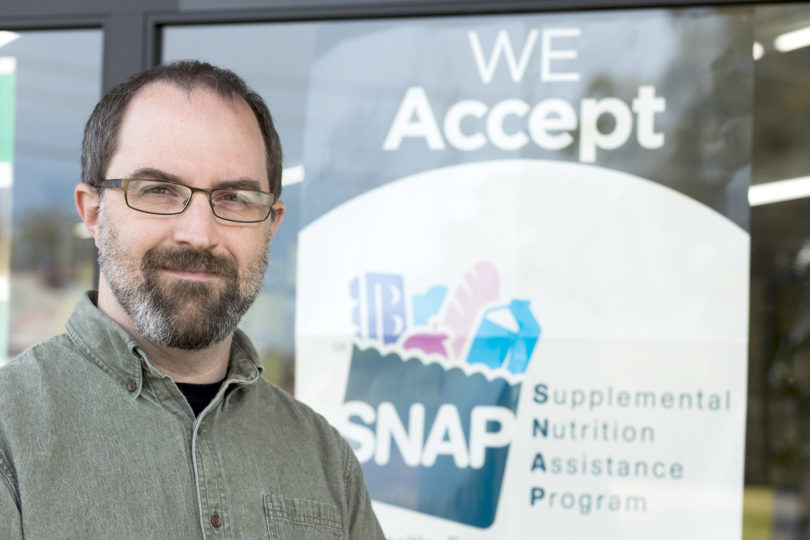 Number of retailers doubled to 10,000 during economic downturn

Athens, Ga. – Increased enrollment in the Supplemental Nutrition Assistance Program in Georgia contributed to the growth of grocery retailers at all levels from 2007 to 2014.

A new paper from University of Georgia researchers used U. S. Department of Agriculture and Georgia Division of Family and Children Services data sets to track the increase in retailers accepting SNAP benefits during what is known as the Great Recession.

The publicly available data suggest that increased enrollment in the program improves access to food for SNAP beneficiaries by acting as an indirect subsidy to retailers.

The study, “Growth in SNAP Retailers Was Associated With Increased Client Enrollment in Georgia During the Great Recession,” was published in the November issue of Health Affairs. The paper connects enrollment increases with the growth in the number of food retailers.

“In one of the roughest economic patches of the last 100 years, we see this huge boom in stores, which seems counterintuitive. During the recession, rather than closing their doors, we saw the number of SNAP retailers double,” said Jerry Shannon assistant professor in the UGA Franklin College of Arts and Sciences department of geography and lead author on the study. “I think that points to the fact that SNAP is very much an economic stimulus and that during times of economic hardship, stores rely on SNAP as much as consumers might. Especially for small stores, it can be a vital source of financial support.”

The study differentiates how much of the growth was represented by the opening of new stores versus existing stores becoming authorized SNAP retailers. For small stores like the Dollar General chains, gas stations, convenience stores and pharmacies, the breakdown was split roughly 50-50.

“SNAP is framed often, and rightly so, as an important support for people who have low incomes. It defrays food insecurity, provides counter-cyclical support for folks when the economy is tough and then tails off when things get better,” Shannon said. “That’s important, but from practically the genesis of the program, it was designed to support retailers during those rough times as well.”

The foundation for SNAP was the 1933 Agricultural Adjustment Act. The program, referred to as the Federal Surplus Relief Corporation, was established during the Great Depression, when prices for crops fell and farms across America were struggling to deal with the excess supply. To support farmers, the federal government purchased basic farm commodities at discount prices and distributed them among hunger relief agencies in states and local communities.

To formalize food distribution and to avoid duplicating efforts by local relief agencies, the Food Stamp Program was first implemented in 1939 under the administration of President Franklin D. Roosevelt. Over time, the program changed and evolved, maintaining its goal to achieve a more effective use of agricultural overproduction, improve levels of nutrition among individuals with low incomes and provide an economic stimulus to farmers, distributors and retailers. In 2015, the program served over 45 million individuals, and over 250,000 retailers were authorized to accept SNAP benefits nationwide.

“When we think about food deserts, or food accessibility, SNAP can help support stores, as it already does in low-income neighborhoods,” Shannon said. “But it also highlights the dependence of those stores on SNAP. During the recent economic downturn, convenience stores were most sensitive to the increased enrollment, though they are not generally places where we think of buying healthy foods.”

Shannon says the research supports new rule changes proposed by the USDA that would require SNAP retailers to provide healthy food as an effective way of improving access to healthy foods more generally.

“The data support interventions that would try to help improve nutritional quality of foods available to consumers. It also suggests how SNAP might be useful for other alternative food sites like farmers markets or other local food efforts-programs that help consumers link up with nearby producers,” he said.

The study is available at http://content.healthaffairs.org/content/35/11/2100.abstract