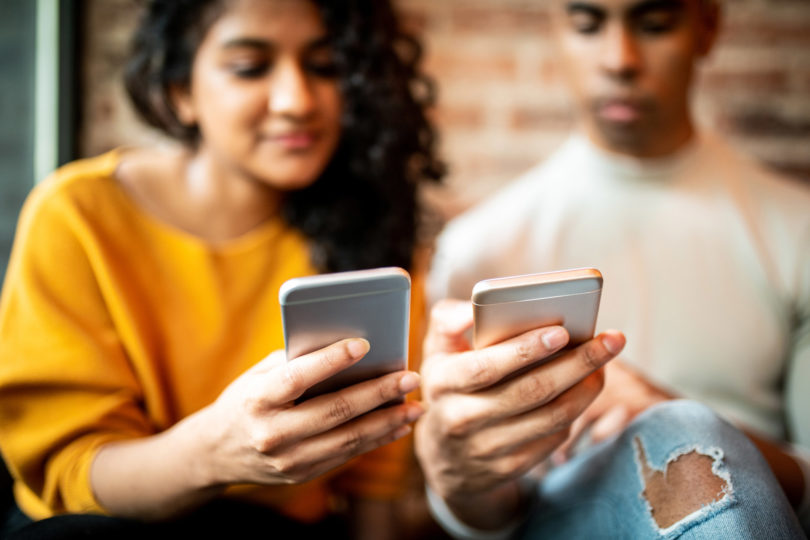 Ever wonder if a comment left on a social media post about politics has an impact? New research from the University of Georgia has found that comments can, indeed, have a big influence on readers.

“Comment sections are extremely powerful,” said David Clementson, an assistant professor of public relations at UGA’s Grady College of Journalism and Mass Communication and the study’s author. “This research found that people will echo the sentiments expressed by anonymous strangers and will share opinions and attitudes about politicians and journalists in accordance with comments expressed by strangers.”

Clementson researched the impact of social media comments posted after watching a staged video of a news interview with a nonpartisan political figure and a journalist. The goal of the research was to determine the impact of comments made by strangers on those who viewed the interview.

The study, “How Web Comments Affect Perceptions of Political Interviews and Journalistic Control,” is the first experiment of its kind examining the impact of social media comments in relation to a political interview.

“The study shows that this is a frontier of extreme influence that isn’t getting as much attention as fake news and fake tweets,” said Clementson. “If your goal is to influence opinions, it’s a lot more time efficient, and perhaps more impactful, to post a comment than create a website or fake social media account.”

The survey was run twice: once with participants 18 to 60 years old, and once with adult college students.

The research groups were then asked to post their own comments, which were evaluated for the study.

The college student group was not as influenced by the comments – the comments that they typed themselves did not echo the ones they read – but in their responses to survey items they did echo the attitudes of the comment sections that they were exposed to.

The survey also evaluated the extent to which the subjects agreed that the journalist was biased or that the politician was intrinsically deceptive with answers.

On the other hand, those who viewed comments implicating the politician for dodging questions were even more critical of the politician than the first group.

Comments add a lot to the experience of reading web articles and make it easier to process confusing political news, Clementson said. Studies show that in general, comment sections are widely read, even if many people don’t post their own views.

“Viewers and readers may not know what to believe, but comments can help fill in the gaps,” Clementson said.

The research was published in the 2019 edition of Political Psychology.