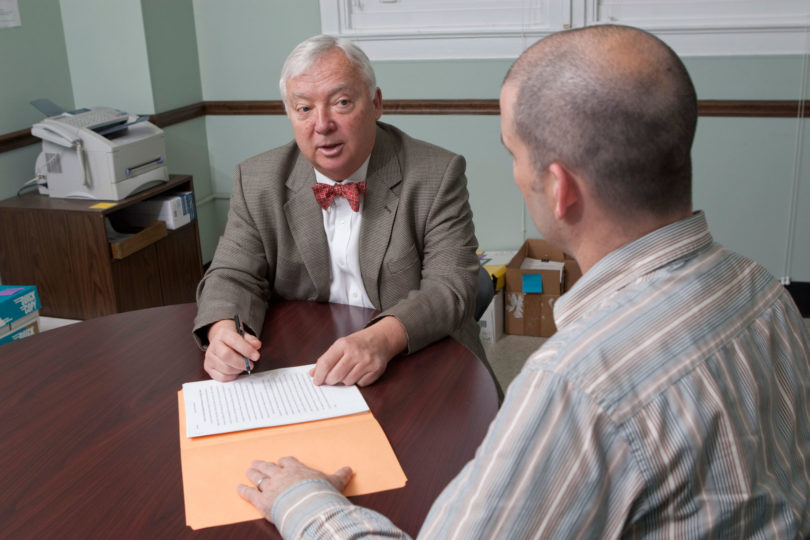 Paul Roman, a renowned scholar in the field of substance abuse treatment, has been named a Regents Professor, effective July 1.

Regents Professorships are awarded by the University System of Georgia Board of Regents to distinguished faculty whose scholarship or creative activity is recognized both nationally and internationally as innovative and pace-setting. The professorship, which includes a $10,000 salary increase, is granted for an initial period of three years and may be renewed. No more than one such award may be given at UGA in any year.

The Regents Professorship is the latest in a series of awards for Roman, who joined the sociology department at UGA in 1986 and also serves as director of the Center for Research on Behavioral Health and Human Services Delivery within the Institute for Behavioral Research. In 1991, he was named a Distinguished Research Professor, an appointment he has held continuously since then. He won the W.A. Owens Creative Research Award in 1992.

“Dr. Roman has brought high visibility to the University of Georgia for his long-term work on the significant social problems caused by alcohol and drug abuse,” said Provost Jere Morehead, whose office oversees the review process for nominations for the award. “His track record of extramural funding success and the exceptionally high regard in which he is held by colleagues at the university and beyond attests that he is deserving of the title of Regents Professor.”

Over the course of his academic career, Roman has received some $33 million in external research funding and has published more than 240 articles and book chapters.

“This is an extraordinary record, particularly for a scholar in the social sciences,” said William Finlay, department head in sociology. “It is hard for me to think of any sociologist in the country who has enjoyed this level of sustained academic success for this length of time.”

Roman’s early research on substance abuse led to the establishment of Employee Assistance Programs in workplaces throughout the U.S.  and more than 80 nations. He subsequently shifted his focus to the adoption of technological innovations in substance abuse treatment, which led to three ongoing large, multi-year funded studies of different types of treatment organizations.

“As our office attempts to reshape and modernize addiction treatment in this country, we find ourselves regularly referring to Dr. Roman’s work and the work of his fine group of colleagues at the University of Georgia,” McLellan wrote in support of Roman’s nomination. “His work does not simply educate and extend academic knowledge, it translates directly to policy and practice at a national level.”

In addition to his research career, Roman has trained other UGA faculty in successful techniques for obtaining and maintaining extramural funding through IBR’s Research Mentoring Program, which he initiated with IBR colleagues more than two decades ago.

“Dr. Roman has led the program by example as well as through his direct mentoring,” said IBR director Steven Beach, who serves as co-director of the mentoring program.

Roman also developed an undergraduate course on the “Sociology of Alcohol and Drug Abuse” in the late 1980s that he offers every other year.