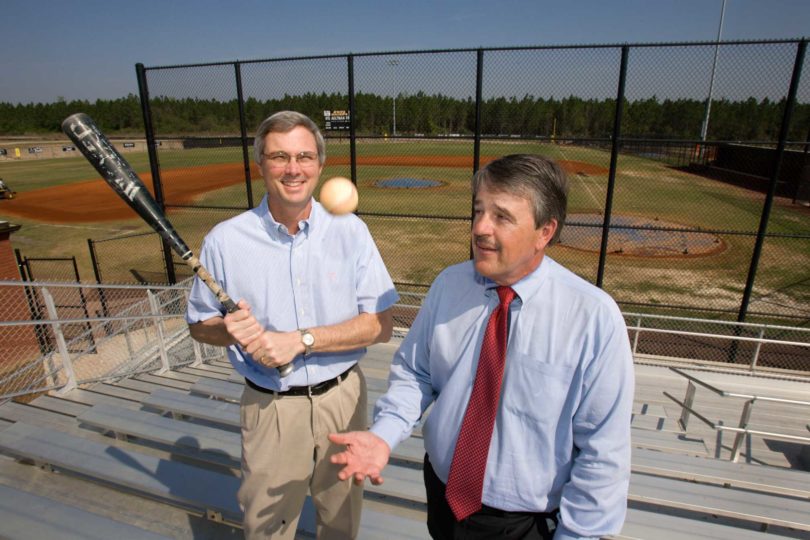 When a county’s population increases rapidly, morphs from suburban to urban and includes people who speak more than 35 different languages, challenges are bound to present themselves. Metro Atlanta’s Clayton County has undergone all of those changes and more since the early 1990s, according to county leaders who participated in a listening session led by UGA’s Archway Partnership Project on Jan. 29.

“This listening session was an opportunity for us to hear what the county’s issues are and begin to discuss the possibility of Clayton County becoming an Archway County,” said Steve Dempsey, associate vice president for public service and outreach and facilitator for the meeting.

More than 70 local elected officials, educators, business leaders, healthcare professionals and others described the trends and issues affecting their community, what steps need to be taken to adapt to the changes and what assets the community already has that can be built on or expanded.

In addition to a rapid shift from a suburban to urban environment and an increasingly diverse population, Clayton County has a complex local government structure that consists of the county, the school board and seven cities.

“In an Archway partnership, the university serves as a neutral third party that can help a community like Clayton County get a better understanding of the issues it faces,” said Mel Garber, director of UGA’s Archway Partnership Project. “UGA also can help target responses to community needs.”

Archway was initiated in 2005 as a two-year pilot project in rural Moultrie, Colquitt County, to help that community solve issues related to its rapid growth. During the pilot phase, Archway partners tackled issues such as land-use planning, workforce housing and needs of the growing Latino population.

“Archway can provide communities in transition with access to the full resources of higher education,” said Art Dunning, vice president for public service and outreach. “It is a community-driven partnership where the community sets the priorities and implements solutions.”

The success of the two-year pilot led the board of regents to provide additional funding to establish a permanent project in Colquitt County and expand Archway to two additional locations: Washington and Glynn counties. Clayton may become the fourth Archway county and the first in an urban area.

The Archway partnership benefits the community in many ways. For example, rapid industrial and residential growth was a strain on Moultrie’s municipal wastewater capacity. In response, UGA’s Engineering Outreach Service and the Carl Vinson Institute of Government helped identify options that doubled wastewater capacity at a savings of $25 million to $30 million compared to initial plans.

• Undergraduate students in the Terry College of Business Leonard Leadership Scholars Program are helping to develop a sustainable business plan for the Colquitt County Arts Center.
• Graduate students from the College of Environment and Design created a redevelopment plan for downtown Moultrie and have scheduled a design charrette for Washington County Regional Medical Center in Sandersville.
• Journalism students from the Grady College of Journalism and Mass Communication created new logos and a marketing plan for the Moultrie-Colquitt County Chamber of Commerce and Development Authority.
So far, three Archway professionals have been hired to work with Colquitt, Washington and Glynn counties and identify ways that UGA teaching, research and service can help.  Washington County residents have identified access to healthcare as a priority in their community. In response, Archway and UGA’s College of Public Health established an outreach position assigned to help identify critical public health needs in east central Georgia and pave the way for future graduate student internships.
Glynn County will officially become an Archway partner July 1, but an Archway professional is already on the job.