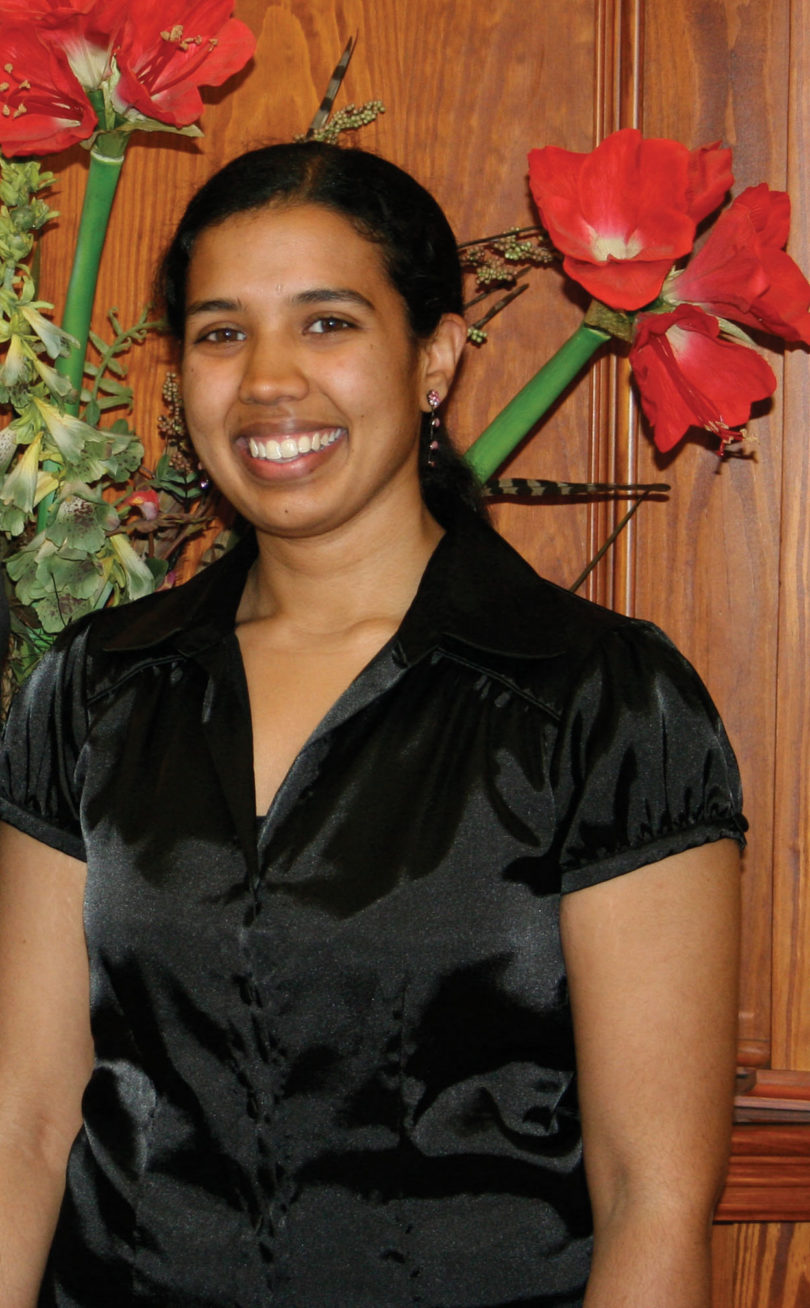 Muktha Natrajan, a sophomore in the Honors Program, is a 2009 recipient of the Barry M. Goldwater Scholarship, a prominent national award for undergraduates in math, science and engineering. Natrajan, who is from Martinez, is enrolled in a combined bachelor’s/master’s program in which she will earn a bachelor of science degree in genetics and a master of public health degree in environmental health science.

Natrajan is one of 278 Gold-water Scholars selected from an applicant pool of more than 1,000 students nominated by their colleges and universities. The one- and two-year scholarships support educational expenses up to $7,500 per year.

“The University of Georgia has a strong track record of producing Goldwater Scholars, and I am pleased that we have done so again this year,” said UGA President Michael F. Adams. “We are proud of Muktha Natrajan’s distinguished accomplishment in earning this honor, which recognizes her hard work and talent in her fields of study.”

Now a second-year CURO biomedical apprentice, Natrajan works in the laboratory of Steven Stice, a Georgia Research Alliance Eminent Scholar. She presented her current research on the potential applications of neural stem cell treatments for individuals with neurodegenerative diseases at the 2009 CURO symposium.

“I began working in Dr. Stice’s lab my first week at UGA, and have been captivated by my research ever since,” said Natrajan. “I have especially enjoyed and appreciated the support of others in my lab. They have been so pivotal in my research experience. The Goldwater Scholarship is a great reward for my commitment and interest in research.”

As a freshman, Natrajan conducted stem cell differentiation projects. The results led to a new way to study and treat male infertility. The study was documented in a paper she co-authored with Stice and other faculty for the journal Human Reproduction. She made poster presentations of this research at a stem cell workshop and symposium at UGA in 2008 and participated at the fall 2008 Biomedical Research Conference for Minority Students, the nation’s largest conference for underrepresented groups in biomedical sciences.

“You can say a lot about Muktha’s work ethic and drive, but what I enjoy is her enthusiasm for research and that she understands how it fits into the larger picture in society,” said Stice, who also directs UGA’s Regenerative Bioscience Center.

With her additional interest in environmental and ecological topics, Natrajan traveled to China for 10 weeks last summer with a grant from the National Science Foundation’s Partnerships for International Research and Education. She studied environmental effects of invasive plant species on China’s coastline at Nanjing University. After graduation from UGA, Natrajan plans to enter graduate school to pursue a doctorate in neuroscience. She hopes to conduct dissertation research on how environmental pollutants, particularly neurotoxins, affect the central nervous system.