Charles S. Bullock III, the Richard B. Russell Professor of Political Science, a Josiah Meigs Distinguished Teaching Professor and University Professor, has won the 2018 V.O. Key Award for The Rise and Fall of the Voting Rights Act. The award is given to the best book on Southern politics. Bullock is the only three-time winner of this award in the history of the Southern Political Science Association. 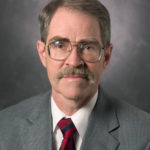 In tracing the development of the Voting Rights Act from its inception, Bullock and co-authors Ronald Keith Gaddie and Justin J. Wert explore the political and legal aspects of the Jim Crow electoral regime. Detailing both the subsequent struggle to enact the law and its impact, they explain why the Voting Rights Act was necessary. Bullock, Gaddie and Wert draw on court cases and election data to bring their discussion to the present with an examination of the 2006 revision and renewal of the act, and its role in shaping the Southern political environment in the 2008 and 2012 presidential elections.