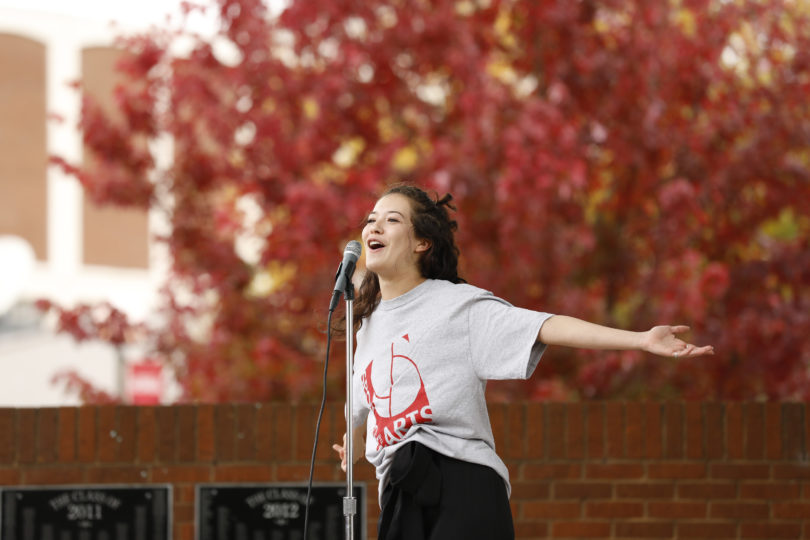 The University of Georgia’s annual Spotlight on the Arts festival returns for its eighth year with dozens of exhibitions and performances in the visual, literary and performing arts from Nov. 6-17.

The creative work presented over the 12-day festival highlights the breadth of arts offerings on campus, and it includes performances and exhibitions by UGA faculty and students as well as visiting artists from around the world. Many of the events are free or discounted for UGA students, and the annual Spotlight on the Arts Family Day will be presented free of charge Nov. 16.

“Spotlight on the Arts provides students, faculty, staff and community members with dozens of opportunities to become more engaged with the outstanding arts programs the University of Georgia offers,” said S. Jack Hu, the university’s senior vice president for academic affairs and provost. “The creativity and dedication of the members of the UGA Arts Council, faculty and performing artists will be on display throughout the festival.”

Highlights of this year’s festival include a cross-institutional experience presented by the department of theatre and film studies that explores issues of incarceration, race and the impact of forced labor through dance, media and dramatic performance. “By Our Hands” is free to the public thanks to the support of The Andrew W. Mellon Foundation, the Willson Center for the Humanities and Arts, the Ferman Fund, the McCay Fund and the Franklin Excellence Fund.

In New York City, former Lamar Dodd Chair of Art Paul Pfeiffer will present his first live performance in collaboration with the UGA Redcoat Band in Harlem’s world-famous Apollo Theater on Nov. 11. The Redcoat Band will perform the exact same musical score inside the empty Sanford Stadium to be livestreamed into the Apollo, contrasting the architectures of stadium and theater.

At the UGA Performing Arts Center on Nov. 10, British vocal choir Tenebrae will perform its signature work, “Path of Miracles,” which was hailed by The New York Times as “an evocative odyssey.” In addition, South African-born violin virtuoso Daniel Hope and the Zurich Chamber Orchestra will perform Vivaldi’s masterwork, “The Four Seasons,” on Nov. 14.

The Georgia Museum of Art will host five exhibitions during Spotlight 2019, including quilts created by artist Mary Lee Bendolph, cast stone sculptures by Rachel Whiteread, and “Drama and Devotion in Baroque Rome,” which celebrates how Michelangelo Merisi da Caravaggio shaped the Italian Baroque and galvanized numerous followers. The museum also will host a Signature Lecture delivered by Alvia Wardlaw titled “All of One Piece: The Life and Art of Mary Lee Bendolph” on Nov. 7. Several additional events at the museum complement its exhibitions, including a teen studio and family day activities focused on quilting. A student night is set for Nov. 14. 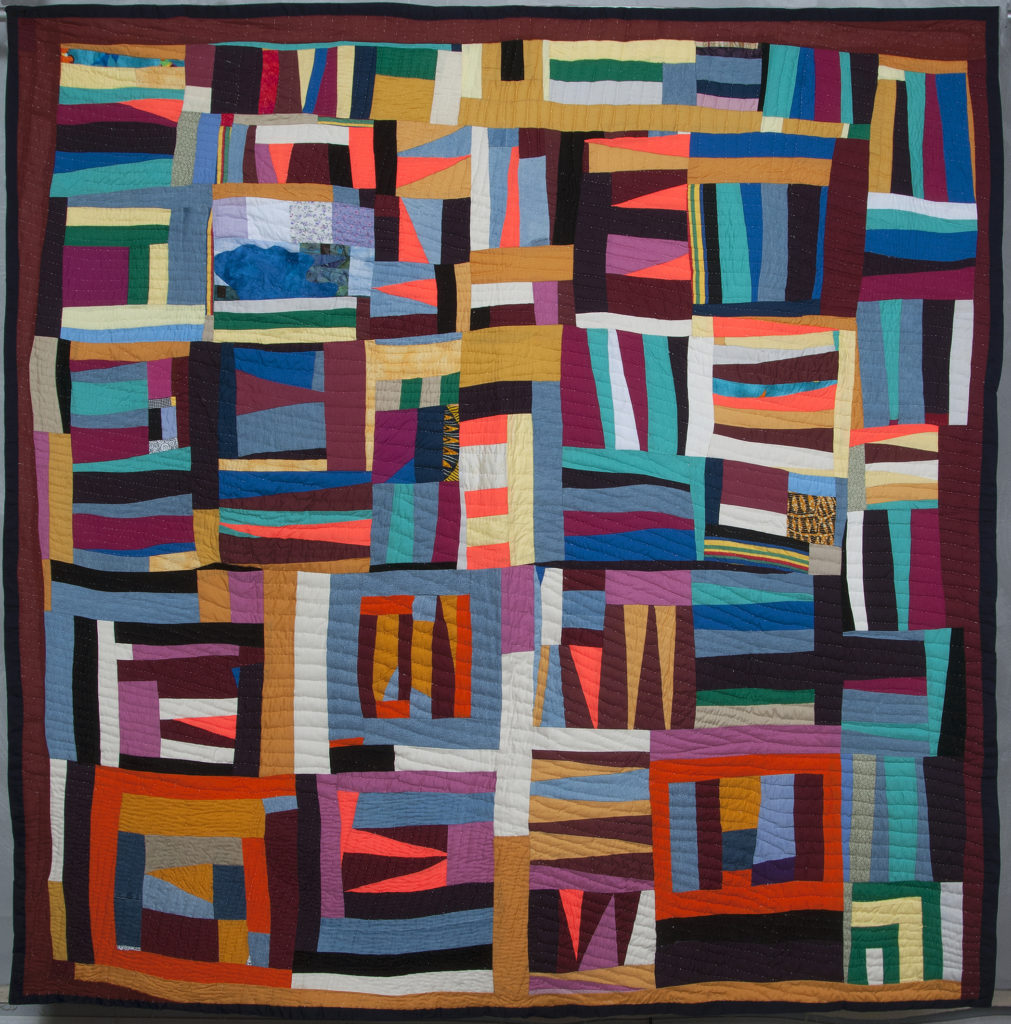 The Hugh Hodgson School of Music will present a performance by its flagship choir, the Hodgson Singers, on Nov. 7, as well as performances by the UGA Trombone Choir and the UGA Jazz Ensemble. Several guest recitals on trombone, bassoon, guitar and violin will be held during this year’s Spotlight on the Arts as well.

The Lamar Dodd School of Art will host four exhibitions during Spotlight 2019, including “Baci from Cortona,” which celebrates the 50th anniversary of UGA’s Cortona campus. In addition, the art school will host a Nov. 6 lecture by professor Alisa Luxenberg on the histories of freemasonry and the visual arts, as well Open Studios on Nov. 16.

The department of dance will host three concerts as part of its Young Choreographers Series that feature creative work by dance majors and minors from Nov. 13-15. In addition, the department will host a free performance sampler on Nov. 15.

Talented undergraduate and graduate students will showcase their research in the arts during the annual 4 minutes, 33 seconds competition on Nov. 12. Singer, multi-instrumentalist and songwriter Kishi Bashi will help judge this year’s competition, which is named in recognition of John Cage’s landmark composition 4’33”.

To celebrate the literary arts, The Georgia Review, UGA’s creative writing program and Stillpoint Literary Magazine will present a free showcase on Nov. 7 that will feature readings by members of all three organizations. On Nov. 12, the creative writing program will host a lecture titled “Literature, Culture, and Activism in the African American Freedom Struggle” by Peggy Trotter Dammond Preacely, who participated in the historic 1960s Freedom Rides with Georgia activists Julian Bond and Rep. John Lewis.

On Nov. 14, student performers from a variety of groups will showcase their talents on Tate Plaza during the free Student Spotlight event. On Nov. 15, Erin Barger, project manager of Envision Athens, will discuss the role of the arts in community development.

On Nov. 16, the fourth annual Spotlight on the Arts Family Day will include performances, activities, demonstrations and workshops in art, dance, theater, music and writing that are designed specifically for children and families to enjoy. Free activities ranging from an instrument petting zoo to a creative writing workshop and a hip-hop dance class will be held from 10 a.m. to 2 p.m. on the Performing Arts Quad and surrounding buildings.

On Nov. 17, the UGA Libraries will host the Georgia Writers Hall of Fame Author Discussion, which will feature 2019 inductees John T. Edge and A.E. Stallings. The panel discussion, which is part of the Signature Lectures Series, will be moderated by Virginia Prescott of GPB’s “On Second Thought.” Exhibitions at the Special Collections Libraries include “The New South and New Slavery: Convict Labor in Georgia,” which examines the forced labor of prisoners in the state from the start of the convict lease system in 1868 until the abolition of the chain gang in 1945.

“I appreciate the immense amount of preparation that members of the UGA Arts Council put into creating the 2019 Spotlight on the Arts festival,” said Marisa Pagnattaro, vice provost for academic affairs and chair of the UGA Arts Council. “This 12-day festival in November plays a vital role in promoting engagement with the arts throughout the year.”

Members of the UGA Arts Council include representatives from the Office of the Senior Vice President for Academic Affairs and Provost, the creative writing program, the department of dance, the department of theatre and film studies, the Franklin College of Arts and Sciences, the Georgia Museum of Art, the Georgia Review, the Hugh Hodgson School of Music, the Lamar Dodd School of Art, the Performing Arts Center, the UGA Press, the UGA Libraries and the Willson Center for Humanities and Arts.

More information on the 2019 Spotlight on the Arts festival, including a schedule of events, can be found at arts.uga.edu as well as on the Arts Council Facebook page, Twitter feed or Instagram.

Many of the performances are free or discounted for students. Tickets for events presented by the Performing Arts Center, dance department, Hugh Hodgson School of Music and University Theatre will be available for purchase online at pac.uga.edu, at the PAC box office or by phone at 706-542-4400.