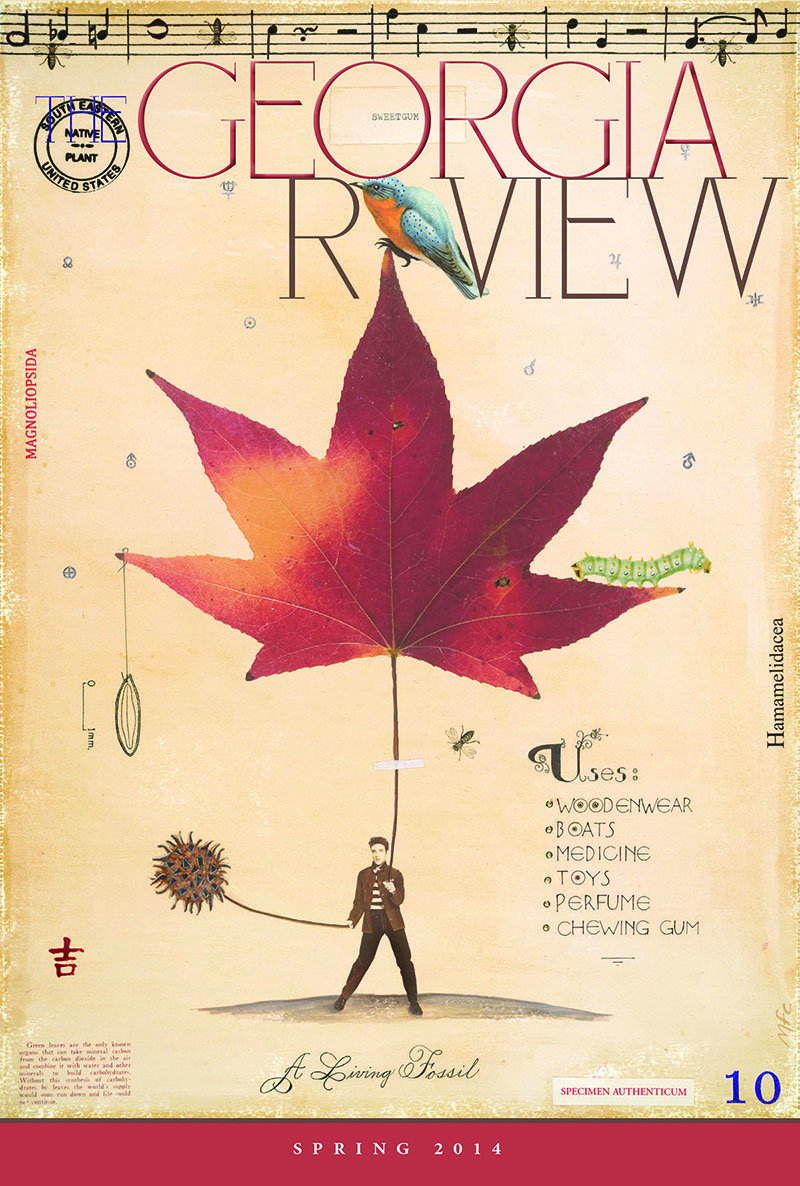 Athens, Ga. – “Winter’s Glory” by David Wyatt, winner of the inaugural Loraine Williams Poetry Prize, is the lead piece in the just-released Spring 2014 issue of The Georgia Review, the University of Georgia’s internationally acclaimed literary journal, now in its 68th year of continuous publication. Wyatt’s first-ever appearance in the Review earns him a check for $1,000.

Essayist David Bosworth, a Georgia Review regular over the past two decades, derives an epigraph from Herman Melville’s The Confidence-Man to lead off his historical study of modern moral and cultural breakdown, “The Pharmacy of Pain Dissuasion: America’s Addictive Faith in Psychoactive Drugs.” In a nation where “one in ten of our citizens over the age of 12 is now taking an antidepressant drug,” said Bosworth, the time may be overdue for facing some hard questions: “Can the ‘badness’ of human sadness really be eradicated by our smart pharmaceutical weaponry without causing catastrophic collateral damage to the integrity of the whole self and to the moral health of society?”

Another essayist, Lisa Knopp, makes her first Georgia Review stop with “Still Life with Peaches,” a taut study of both aesthetic and intimate concerns. Like Bosworth, Knopp recognizes paying close attention to life: “I love the pressure to turn a cohesive setting of objects-or a connected sequence of events-and the reflections they inspire into a narrative, a form and movement that people easily recognize because it’s ancient and natural and, so, something we crave, like salt or love.”

Other writers of fiction, nonfiction, poetry and reviews are also present within the wraparound cover art by MF Cardamone, whose mixed media “Sweetgum with Elvis” brings the King to grace The Georgia Review for the second time. (Joni Mabe’s “Elvis Plaque” was featured in the Summer 1988 issue.)

For additional information about The Georgia Review call 706-542-3481 or see www.thegeorgiareview.com.