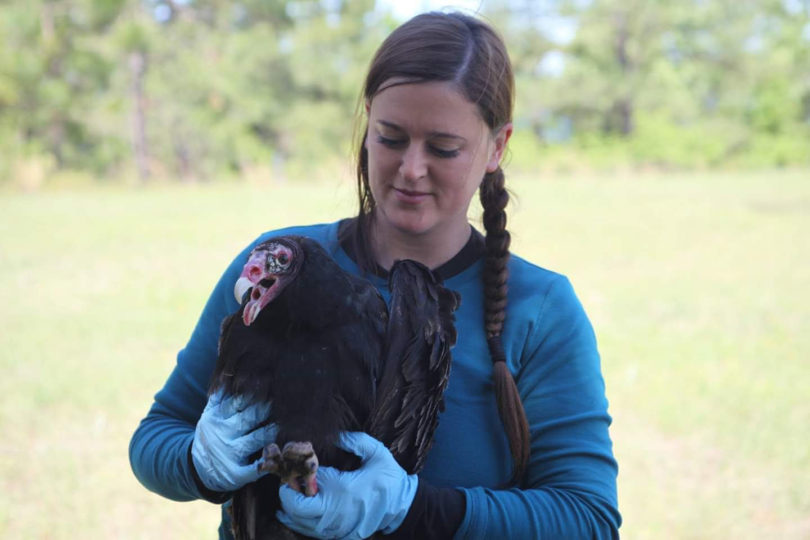 Holland examines the feathers of a turkey vulture.(Photo by Kelsey Turner)

A recent study conducted by scientists at the University of Georgia provides a bird’s-eye view into the life of two vulture species. Recording nearly 3 million locations using advanced GPS tracking, their results indicate striking differences in how the turkey vulture and the black vulture—who play an important role in reducing the transmission of diseases—use the landscape.

Amanda Holland, the lead investigator for the study, said it is clear that these birds make different choices.

“They are not just randomly roaming the landscape,” Holland said. “I would get emails daily showing approximately 1,000 locations per bird a day,” said the alumna of the Savannah River Ecology Laboratory and the Warnell School of Forestry and Natural Resources.

The study, “Evidence of niche differentiation for two sympatric vulture species,” published in the journal Movement Ecology, reports the researchers obtained data on where the birds flew, rested during the day and lodged or roosted overnight.

Holland and her team tracked nine turkey vultures and nine black vultures after trapping close to 300 vultures on the U.S. Department of Energy’s Savannah River Site, a diverse 310-square mile landscape of forest and wetlands buffering a small fraction of human-inhabited industrial area on the border of South Carolina and Georgia. 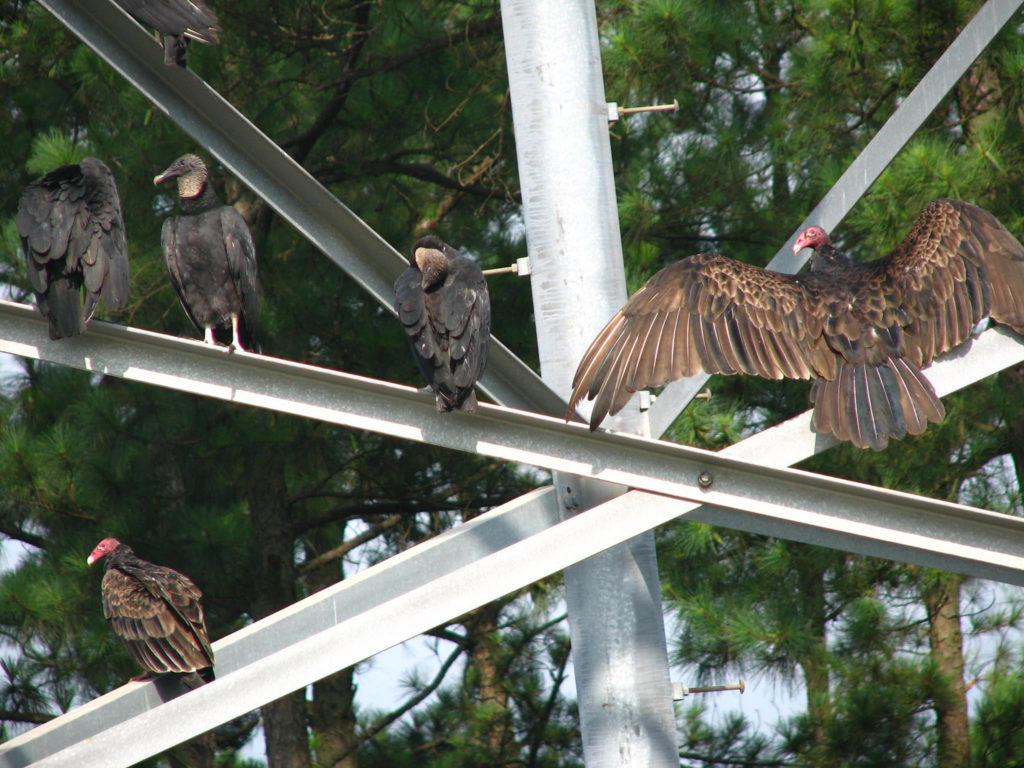 During flight, the opposite was true. Turkey vultures soared over forested habitats year-round. Black vultures flew over wooded wetlands most of the year.

Seasonal variations included black vultures flying over forested habitat during the summer. Turkey vultures varied where they rested during the day while displaying a preference for areas with cultivated crops and hay pastures, described in the study as developed open habitat.

James Beasley, an associate professor at SREL and Warnell, advised Holland during the study. He said despite the important role vultures play in reducing the transmission of diseases with their rapid removal of carrion from the landscape, they are a relatively understudied species.

He added that while vulture populations are declining in other parts of the world, both turkey and black vultures are increasing in number in North America, including the Southeastern United States. This poses a conundrum. 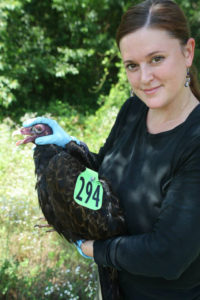 Amanda Holland with a turkey vulture after tagging it. (Keith Holland)

The researchers report the birds’ physical characteristics and social nature influence where they spend their time. Turkey vultures’ selection of forested habitat for flying is consistent with the species’ skill for detecting hidden carcasses obscured by the canopy.

“Turkey vultures have such an excellent sense of smell that they can independently search for carrion quite successfully. They just follow their nose, so to speak,” Holland said. “Since black vultures don’t have an enhanced sense of smell, they rely on visual cues and forage most successfully by gathering information from other vultures at roost sites.”

The use of their social skills was supported by the study’s results. Black vultures spent more nights lodging at the same location, exhibiting 70% higher roost fidelity than turkey vultures, who used more novel roost sites which connects to their ability to roam independently and farther on the landscape.

The team said these differences are a clear indication that the birds have a “niche differentiation” in how they use the landscape, and this difference in selection, including seasonal differences, currently aids in reducing competition between the two species. This separation also results in a more efficient use of each species’ foraging skill set.

There were a few similarities in how the birds used the landscape, according to the study. Both species avoided human-inhabited areas during breeding season. For most of the year, they avoided roads and landfills. The data showed that they generally used landfills in warmer months when foraging options declined in other habitats.

“When one visits a landfill, there is an awful good chance that vultures will be present, but of the 300 vultures that I trapped and started with at the edge of a landfill, I only recaptured two birds.”

Holland, currently working as a vulture research associate in Beaufort, South Carolina, said, “It certainly speaks to the number of vultures present in the Savannah River area, but it also alludes to the fact that these birds really don’t just loaf around a landfill all the time. They are very much designed to scour the landscape and move great distances in search of carrion—and they do just that.”