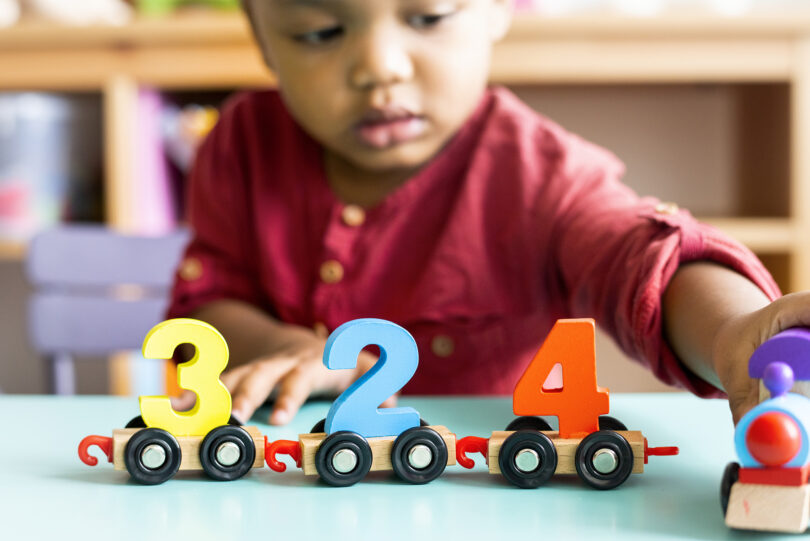 New research shows the program has an impact on classroom success

Students who attend the Georgia Prekindergarten Program are more likely to achieve in mathematics than those who do not attend pre-K, according to a new study by the University of Georgia.

The study found that, in fourth through seventh grades, the odds of a pre-K participant in the study meeting Georgia’s state academic standards on the statewide standardized test were 1.67-2.10 times greater than the odds for a nonparticipant, providing evidence of sustained benefits of state-funded pre-K programs.

“Pre-K is a critical space where children experience success, and it sets them on a trajectory for being successful as they make the transition to kindergarten,” she said. “The hope is that when children are successful early in school, they are more likely to be engaged as they progress and more likely to complete high school.”

Although quality learning experiences during the early years of development have been shown to provide the skills and knowledge for later mathematics achievement, access and entry to high-quality preschool programs remain unequal across the nation.

“Our study looked at a high-needs school district that enrolled children from vulnerable situations in terms of economics and access to early learning experiences,” said Neuharth-Pritchett. “A number of the children in the study had not had any other formative experiences before they went to kindergarten.”

Educational experiences are seen as foundational to later school success with some studies documenting other beneficial outcomes for students who attend pre-K, including a higher chance to complete high school, less mental health concerns, less reliance on the welfare system and more. However, students from low-income families often have more limited opportunities to learn at home as well as in pre-K programs.

While some families are knowledgeable about providing their children with basic mathematical concepts and other foundational skills for a smooth home to school entry, other families might not be aware of the expectations for having mastered a number of these foundational skills before entering kindergarten.

“Equal access to pre-K education has a long history that goes all the way back to the war on poverty. Part of the thinking during the 1960s was that such early learning opportunities would provide the high-quality preschool education that could level the educational playing field between those with economic resources and those without,” she said. “Our study indicated sustained benefits for children’s early learning experiences that persist into the elementary and middle school years.”

Some implications of the study for policymakers to consider include ensuring more equitable access to pre-K programs and hiring highly skilled teachers to promote children’s learning and development. More than half of the pre-K teachers involved in the study held either a master’s or specialist degree, indicating the importance and influence of high-quality, experienced instructors on children’s academic success.

Because of a change in program support for the Georgia Prekindergarten Program during Gov. Nathan Deal’s term, a high proportion of pre-K teachers are now very early in their teaching careers.

Along with Jisu Han, an assistant professor at Kyung Hee University and co-author of the study, Neuharth-Pritchett plans to continue following the study’s participants as they progress through high school.

“The state of Georgia invests substantial resources into this program, so it’s good that these outcomes can be cited for its efficacy,” said Neuharth-Pritchett. “The data from this study gives a much more longitudinal view of success and suggests these programs contribute to children’s education and success. Our results ultimately contribute to evidence supporting early learning and factors influencing long-term academic success for Georgia’s children.”