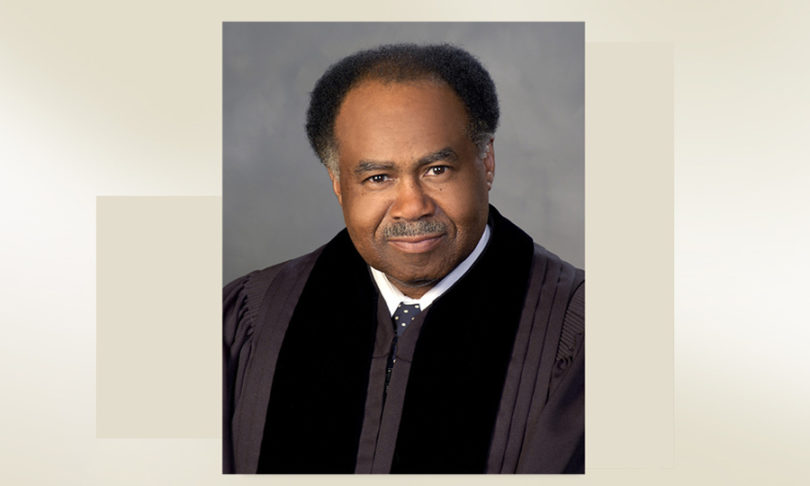 Justice Robert Benham, the longest serving and first African American member of the Supreme Court of Georgia, will present the 2020 Holmes-Hunter Lecture Feb. 3 at 2 p.m. in the Chapel.

Named in honor of Charlayne Hunter-Gault and Hamilton Holmes, the first African American students to attend the University of Georgia, the lecture is sponsored by the Office of the President and focuses on race relations, civil rights and education. It has been held annually since 1985.

After earning his Bachelor of Science from Tuskegee University in 1967, Benham became the second African American to graduate from the University of Georgia School of Law in 1970. In 1984, he was appointed to the Court of Appeals by Gov. Joe Frank Harris where he served for five years before being appointed to the Georgia Supreme Court in 1989. That same year, he earned his Master of Laws from the University of Virginia. In April, Benham announced he will be retiring from the bench at the end of his current term.

“Justice Benham represents one of the greatest leaders in the legal profession,” said President Jere W. Morehead. “We are honored to welcome him back to campus for this important lecture.”

A lifelong resident of Georgia, Benham holds memberships in multiple organizations state-wide and nationally, including the Lawyers’ Club of Atlanta, the American Society of Writers on Legal Subjects and the National Criminal Justice Association. He serves as president for the Society for Alternative Dispute Resolution, as a trustee of the Georgia Legal History Foundation, and as chairman of the Judicial Council and the Chief Justice’s Commission on Professionalism.

In 2018, the UGA School of Law established the Benham Scholars Program to foster diversity in the legal profession, named in honor of Justice Benham.