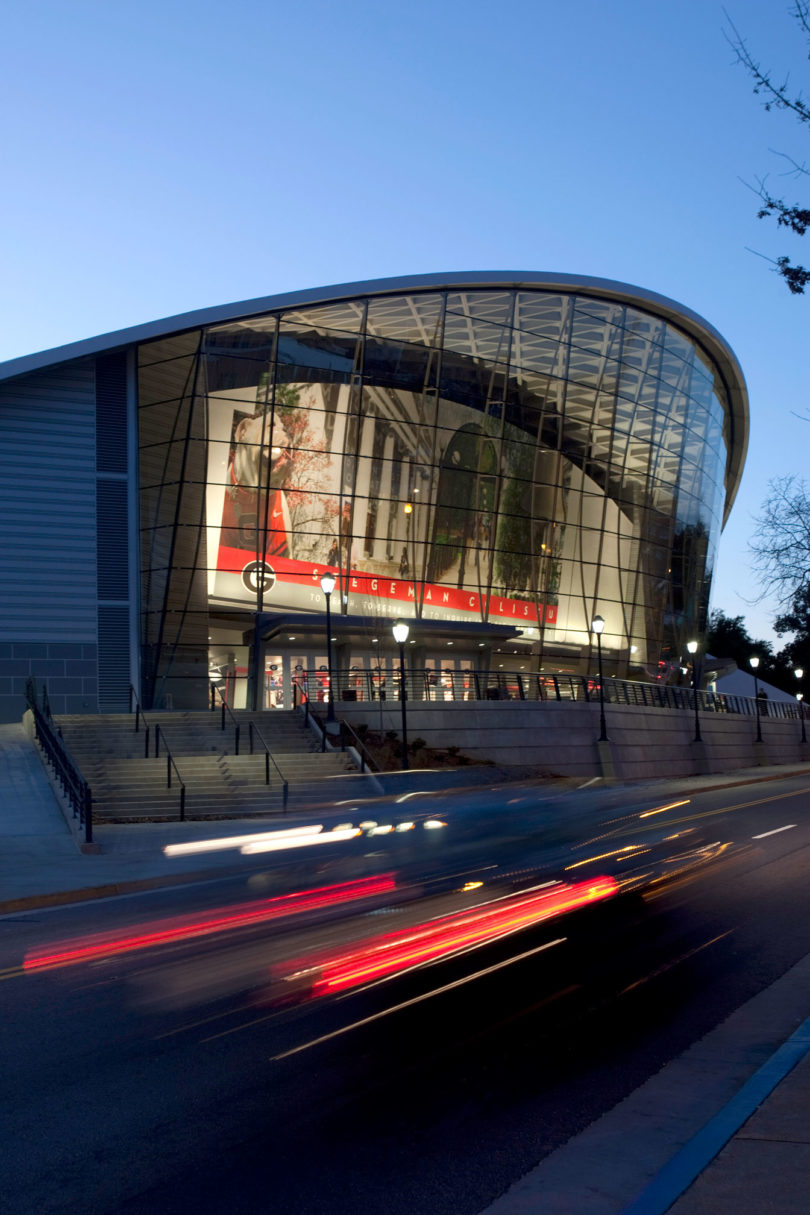 The 2012-13 academic year marks the 50th anniversary season for Stegeman Coliseum as a major venue for UGA athletics.

Georgia fans have helped to celebrate the 50th season of Stegeman Coliseum by voting for their favorite moments in this historic building. The voting process, started in early January, has narrowed the list of moments from 50 down to its current group of four. It will continue online at www.georgiadogs.com until an all-time favorite has been decided.

The international spotlight shone on Stegeman Coliseum for two weeks in 1996. Preliminary-round volleyball matches, as well as all rhythmic gymnastics competition, during the 1996 Summer Olympic Games were held at Stegeman.

In addition to athletic events, Stegeman Coliseum also has served as a primary assembly center for the UGA community. In that capacity, it has played host to numerous concerts, comedy acts, commencement exercises, speeches, science expositions and agricultural conventions. Indeed, one of the most popular events was the annual Great Southland Stampede rodeo, which ran every April from 1972 until 2003.

Originally named the Georgia Coliseum, it was dedicated to the memory of Herman J. Stegeman in a ceremony on March 2, 1996. Stegeman made many contributions to the university’s athletics program during his 20-year tenure (1919-39). He coached basketball, football, track and baseball, and he also served as athletic director and dean of male students. He was a pioneer in the development of college basketball in the South in the 1920s, originating the first big basketball tournament in this region: the old Southern Conference Tournament in Atlanta from 1921-32.