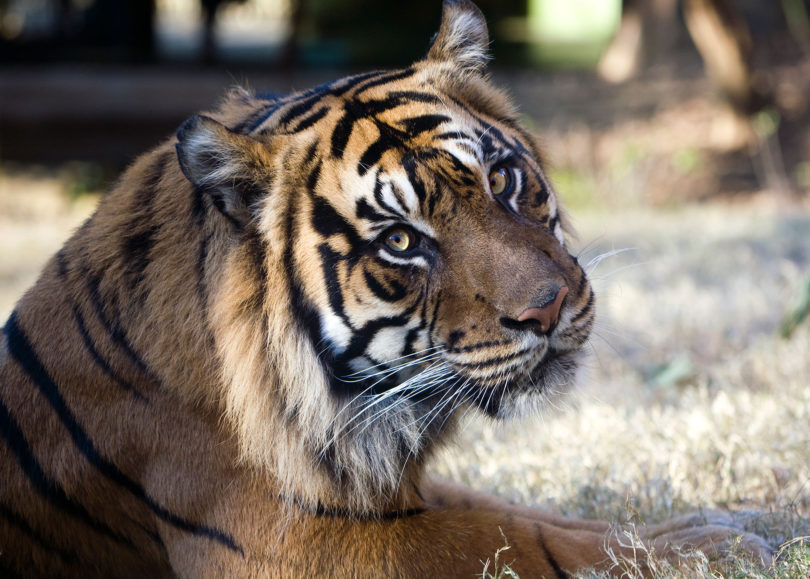 Athens, Ga. – Less than four years ago, the University of Georgia’s Franklin West, an assistant professor, and Steven Stice, director of the Regenerative Bioscience Center, contacted Zoo Atlanta about the possibility of producing a bank of stem cells from two species in danger of extinction: the Sumatran tiger and the clouded leopard.

Their biggest hurdle now is funding, and they’re using UGA’s new crowdfunding initiative, known as the GeorgiaFunder, to collect resources for their project.

Wild animals such as the Sumatran tiger and clouded leopard are threatened as a result of climate change, habitat loss and other consequences of human activities, as well as poaching and urban development. It is estimated that between 500-600 Sumatran tigers remain in the wild, and the actual number may be as low as 400.

“The stem cell technology that we will use is minimally invasive, requiring only a small skin sample,” West said. “However, the implications of this potential breakthrough are considerable.”

West and Stice are working with cells they collected from the deceased Jalal, a male Sumatran tiger, and Moby, a male clouded leopard, who both lived at Zoo Atlanta. Jalal and his mate, Sekayu, parented Chelsea and Kavi, two Sumatran tigers currently living at the zoo.

Traditional methods in which tiger and leopard sperm is collected and banked are limited. This new approach offers several advantages: Stem cells can be generated from recently deceased and dying animals and can theoretically last forever. As endangered species become extinct, this lab-grown zoo will provide an inexhaustible source of undeveloped stem cells.

“Our long-term goal is to produce stem-cell-derived sperm capable of being easily stored and producing offspring,” West said.

West and Stice started the project because of their love of science and passion for wildlife conservation, West said. They’re using GeorgiaFunder to raise support.

GeorgiaFunder projects advance innovation, teaching, service and learning at UGA. All gifts to featured projects are part of the annual Georgia Fund campaign, and GeorgiaFunder is simply a platform to allow donors to choose where their dollars make a direct impact at UGA.