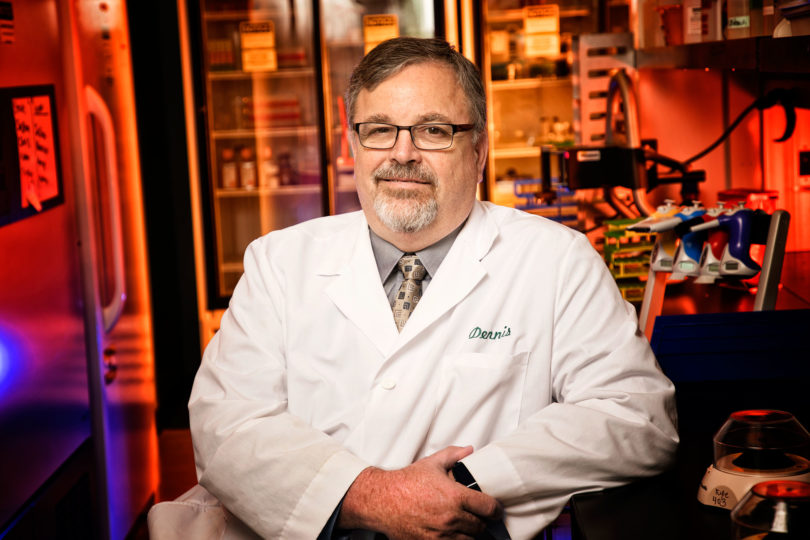 When Dennis Kyle, one of the nation’s leading infectious disease researchers, arrived on the University of Georgia campus in January, he became the institution’s 17th Georgia Research Alliance Eminent Scholar.

Since its establishment in 1990, GRA has partnered with Georgia’s research universities to recruit world-class scientists who foster science- and technology-based economic development. At UGA, the addition of such researchers has led to major advances in research capabilities and impact.

Kyle is the GRA Eminent Scholar in Antiparasitic Drug Discovery and the new director of UGA’s Center for Tropical and Emerging Global Diseases, established in 1998. His research focuses on the mechanisms of anti-malarial drug resistance and discovery of new anti-parasitic drugs for a variety of infectious diseases, including malaria and visceral leishmaniasis, the world’s first and second deadliest parasitic infections, respectively.

Kyle is not the only GRA Eminent Scholar who joined UGA in the past year. Karen Norris, one of the nation’s leading infectious disease researchers, joined the faculty in the College of Veterinary Medicine’s infectious diseases department as the GRA Eminent Scholar in Immunology and Translational Biomedical Research. Her research focuses on infectious and chronic diseases, including HIV, pulmonary diseases, inflammatory diseases and diabetes. She has developed a number of highly relevant disease models, which she uses to understand the basic mechanisms of disease susceptibility and progression and to test interventions that treat or prevent disease.

“Through the support of the Georgia Research Alliance, the University of Georgia continues to recruit premier scientists to tackle some of the grand challenges of our time,” said President Jere W. Morehead. “And the strong partnership between these two organizations is producing tremendous benefits to individuals and communities across our state, nation and world.”

In addition to recruiting leading scientists, GRA invests in technology to facilitate the work of their Eminent Scholars; helps encourage the growth of university-derived startup companies; and facilitates collaboration among academia, business and government. By expanding university research capacity and by seeding and shaping startup companies, GRA plays a crucial role in the growth of Georgia’s economy.

“The state is looking to create more high-value, knowledge-based jobs, and that requires the development of new industry based on research outcomes from our universities,” said C. Michael Cassidy, president and CEO of the Georgia Research Alliance. “We’re building the pipeline of pre-eminent research that will generate ideas that can be launched into new companies that will create jobs and build the economy for the state.”

Eminent Scholars on the UGA campus bring expertise in subjects ranging from bioinformatics to crop genomics to vaccines and viral immunity. They establish major programs like the Center for Molecular Medicine, led by Steve Dalton, GRA Eminent Scholar of Molecular Cell Biology. And students benefit tremendously from the high-caliber learning environments created in the Eminent Scholar laboratories, where they have opportunities to contribute to important advances.

Norris is the fourth and Kyle is the fifth GRA Eminent Scholar recruited to UGA since 2015; such rapid growth has contributed to a greater than 20 percent cumulative increase in research expenditures during the past two fiscal years, said David Lee, UGA vice president for research.

“Our Eminent Scholars are performing state-of-the-art research and pushing the boundaries of knowledge in ways that benefit human health and well-being,” he said. “Their work attracts significant external funding from federal, private and nonprofit sources.”

Recruiting researchers worthy of the GRA Eminent Scholar designation takes substantial resources, and the university is willing to make the investment, Lee said.