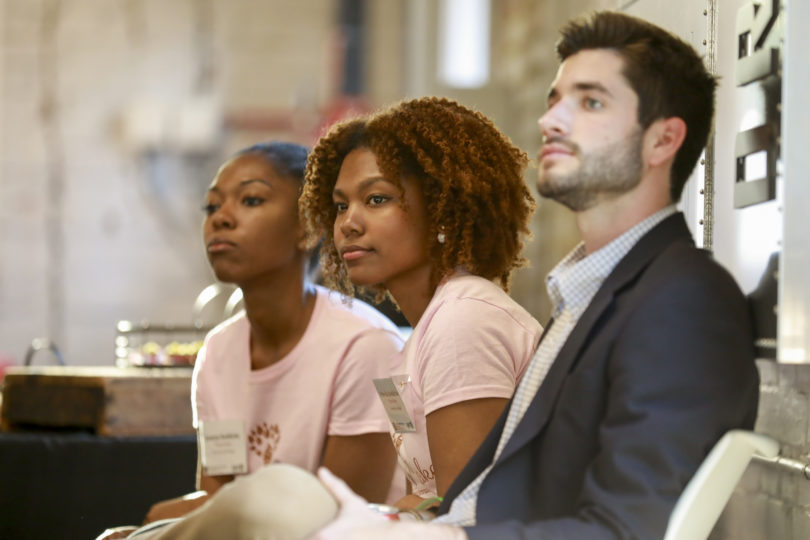 Three student startup businesses took home a combined $35,000 from the Collegiate Great Brands Competition, held March 28 in Studio 225 at the University of Georgia.

Celise, a sustainable plastics-alternative company, won $25,000 and a trip to New York to participate in the Consensus Great Brands Show, while two UGA teams — VTasteCakes and Rugged Road Outdoors — each received $5,000 in runner-up prize money.

“The talent, hard work and passion that these eight teams showed is absolutely tremendous,” said Bob Pinckney, director of the UGA Entrepreneurship Program, housed in the Terry College of Business. “The next generation clearly has lots of ingenious ideas, many of which make the world a better place, and UGA is happy to be a place that helps foster and develop these ventures.” 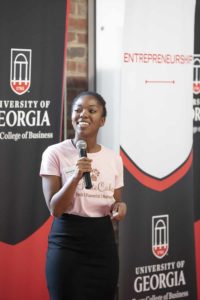 The contest, which brought the top eight student teams out of a record number of submissions from across the nation to pitch their ventures to entrepreneurial experts, was made possible thanks to sponsorship from Consensus Advisors and Creation Gardens. It took place at the newly opened Studio 225, UGA’s Student Center for Entrepreneurship, located at 225 W. Broad St. in Athens.

The first-place business, Celise, is headed by American University student Cameron Ross. He had the idea to create biodegradable alternatives to common plastics when he was hiking through West Virginia — just as the problem was attracting renewed national attention.

“Bans were popping up all over the country right at the time I started working at this. Seattle was the first to ban plastic straws and cutlery followed by places in California and Florida and, just recently, Washington, D.C.,” he said. “I knew that this trend would continue and that companies were going to be scrambling to find solutions to this problem.”

For the first time in the competition’s four-year history, the two runner-up startups also received funding.

“Our goal is to provide tasty, high-quality, flavor-infused vegan cupcakes that contain a natural dose of vegetables,” Reddicks said. “Currently in the market, 44% of people said the reason they don’t limit their meat consumption is due to taste alone. In 2017, $3.1 billion was made off the plant-based industry, an 8.1% increase over the year before. By 2020, this industry will increase to $5.3 billion.” 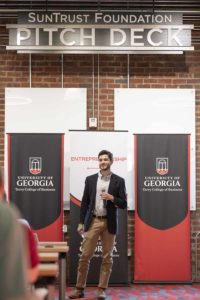 The other runner-up, Rugged Road Outdoors, makes clothing and accessories for wilderness adventurers. Founded by UGA students Henry Collins and Spencer Sutlive, the company’s premiere product is an 8-pound durable cooler that can keep its contents cool for more than a week.

“The current cooler marketplace has a giant gap,” Sutlive said. “Right now, if you’re looking to buy a cooler you’re faced with two options — a cooler that costs $30-50, will hold ice for a day, and you’ll have to replace them every year. The other option is the coolers that weigh over 25 pounds and cost upward of $300.”

The Collegiate Great Brands Competition was sponsored by the UGA Entrepreneurship Program, whose mission is to help develop the mindset of future entrepreneurs and prepare students for business leadership roles. It provides a comprehensive academic program that encompasses experiential learning and equips students with the tools and resources to pursue their own start-up ventures. Studio 225 serves as a focal point for student innovation and a place for potential collaborators to meet.