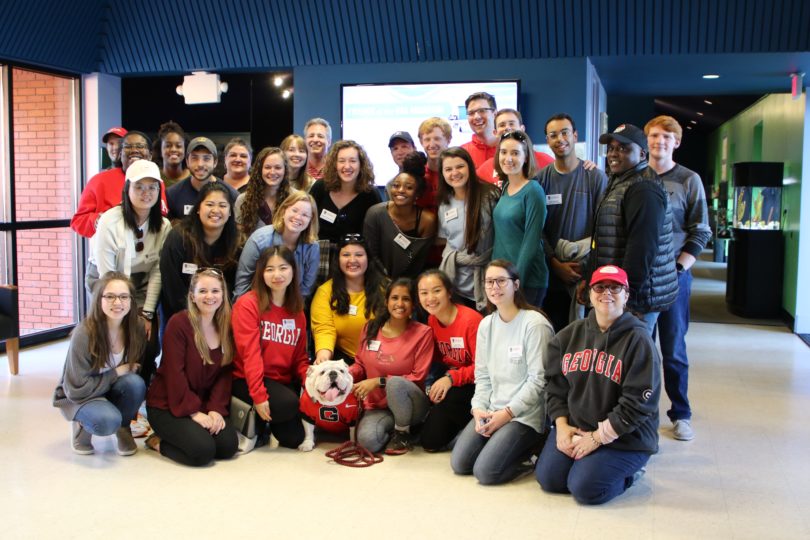 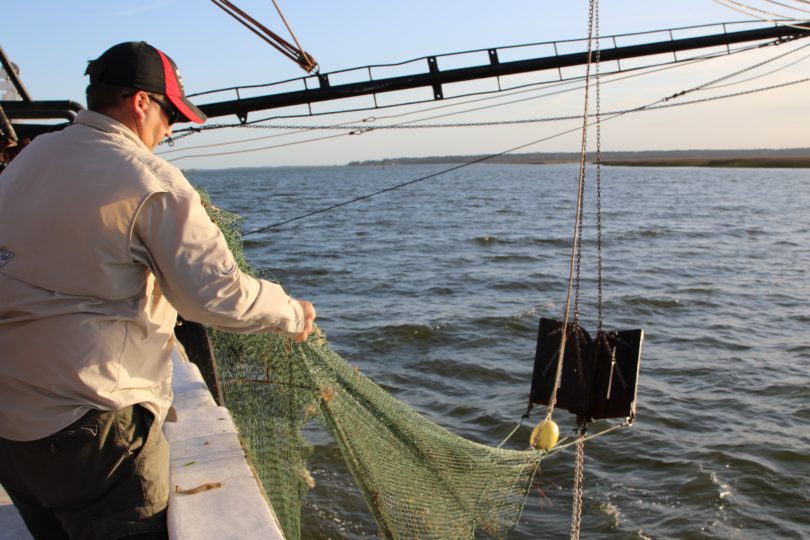 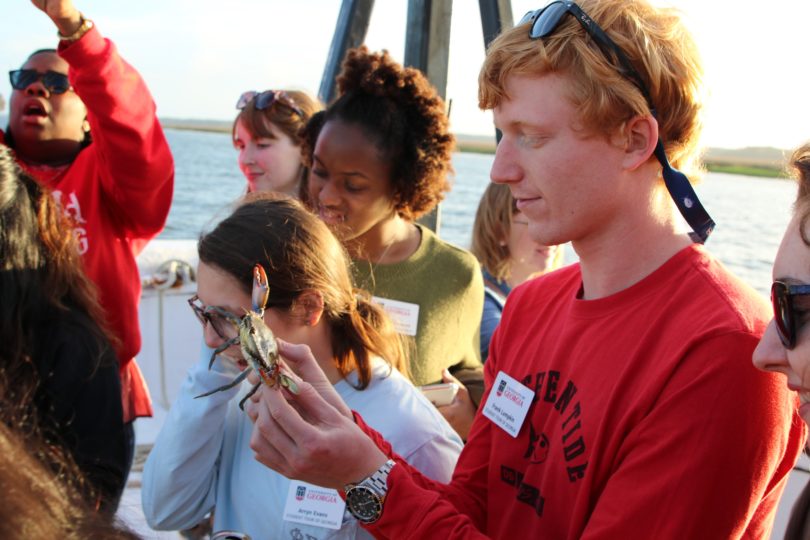 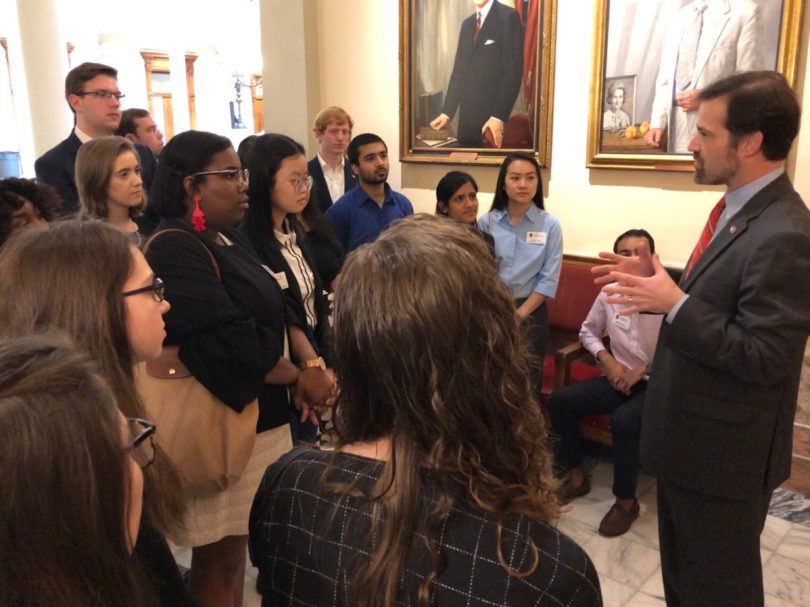 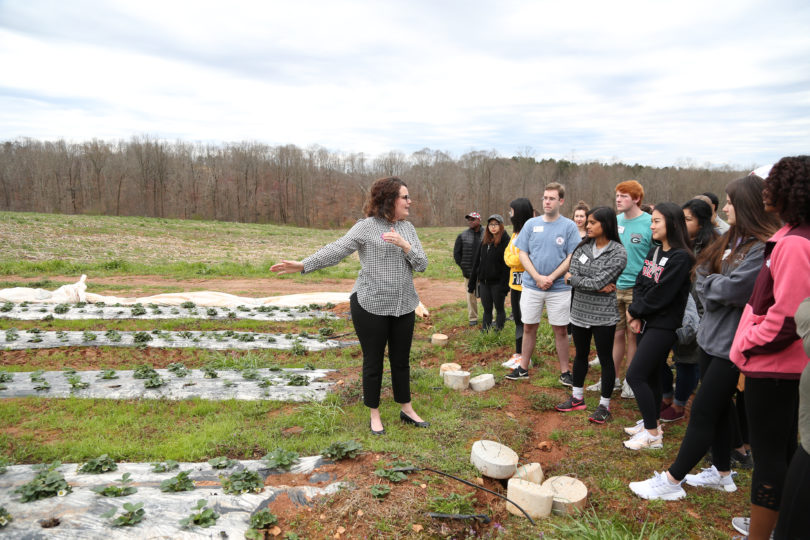 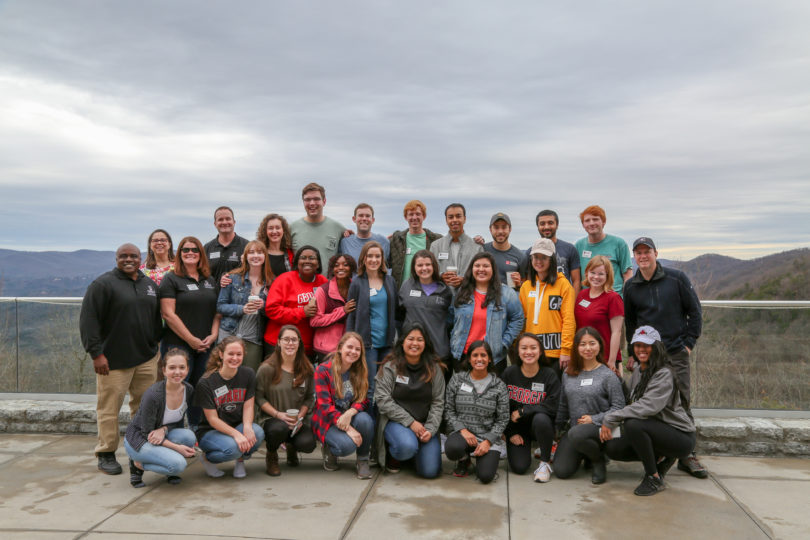 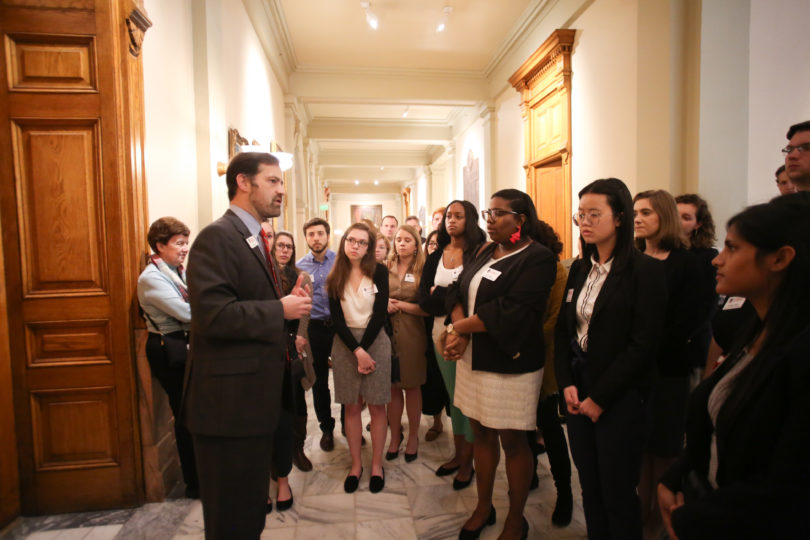 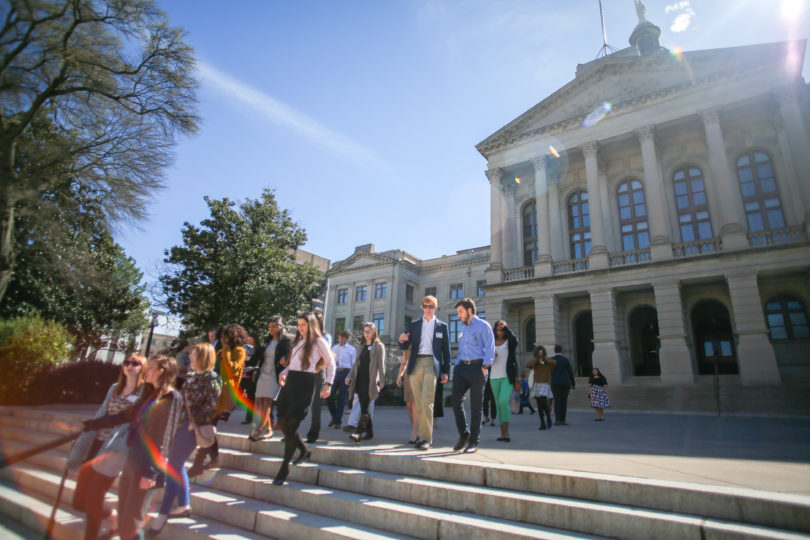 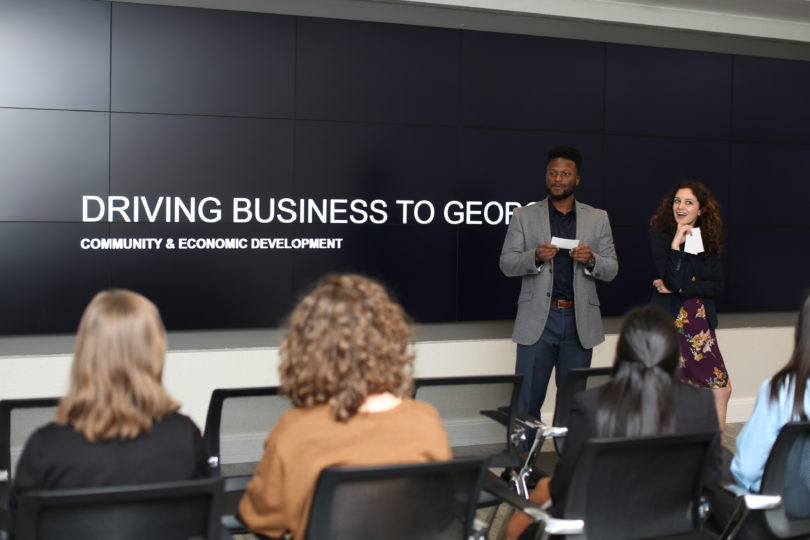 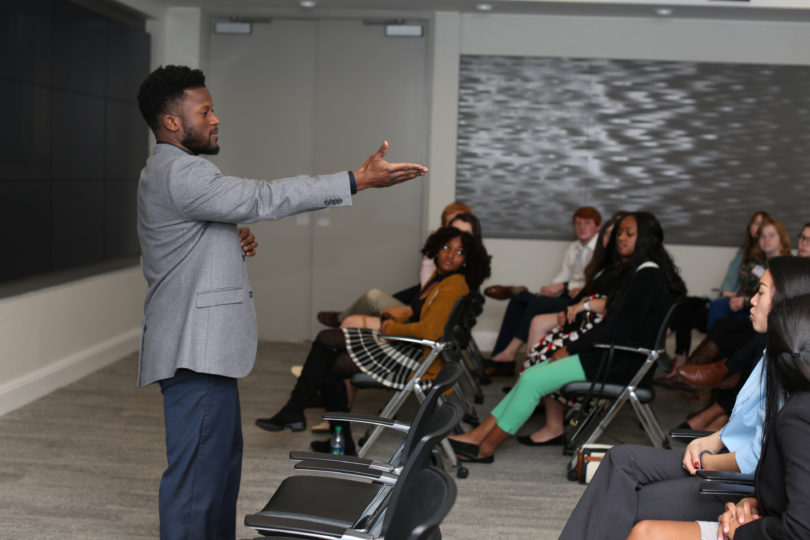 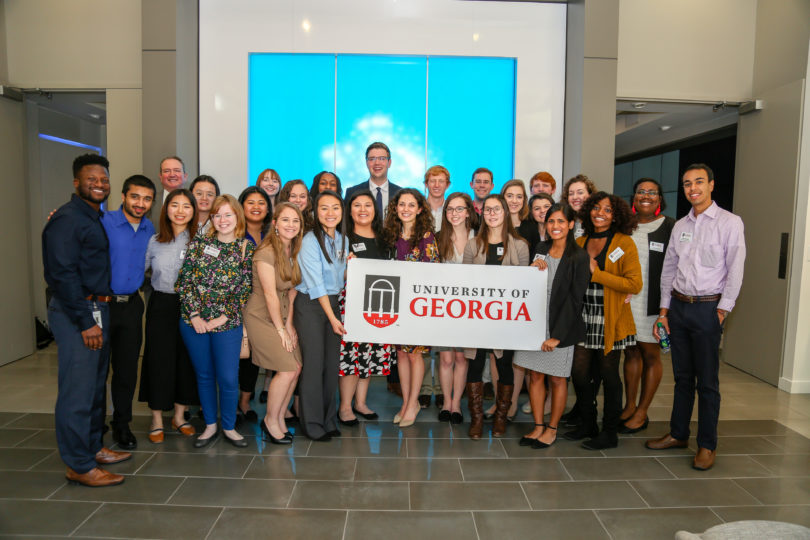 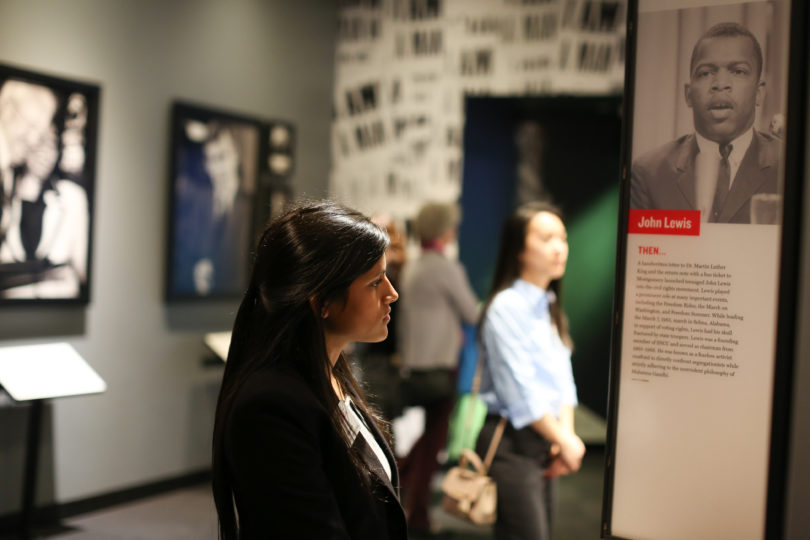 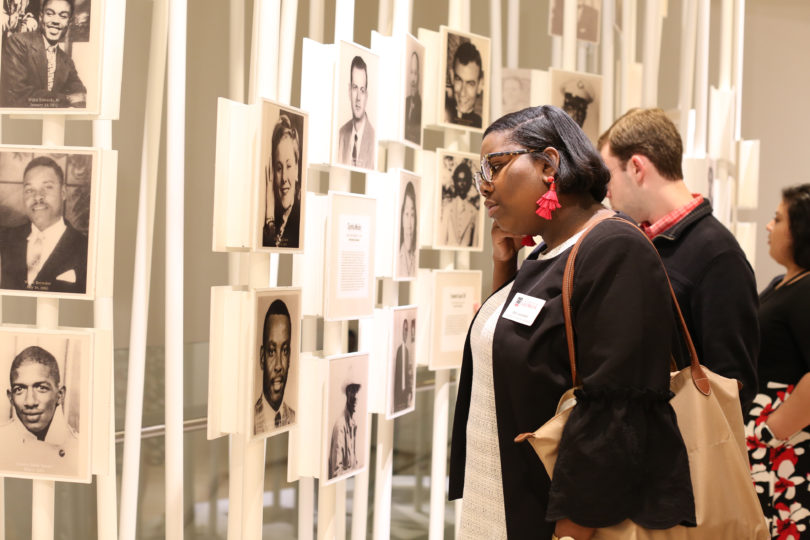 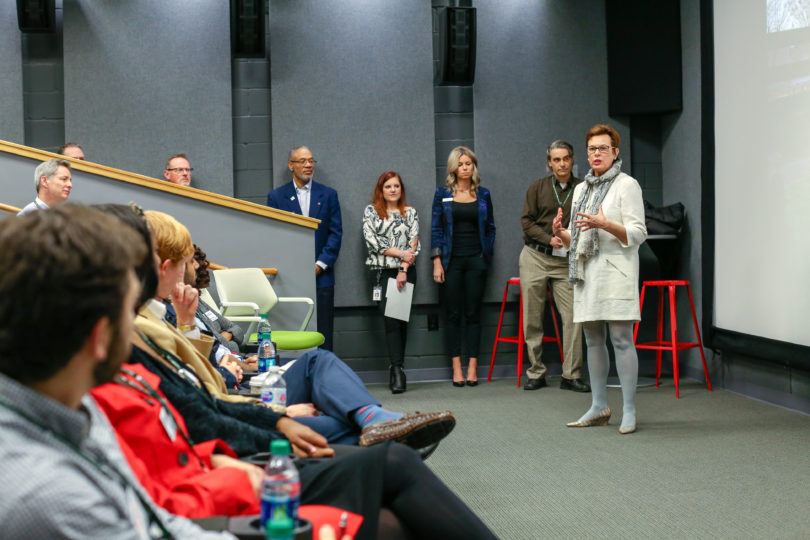 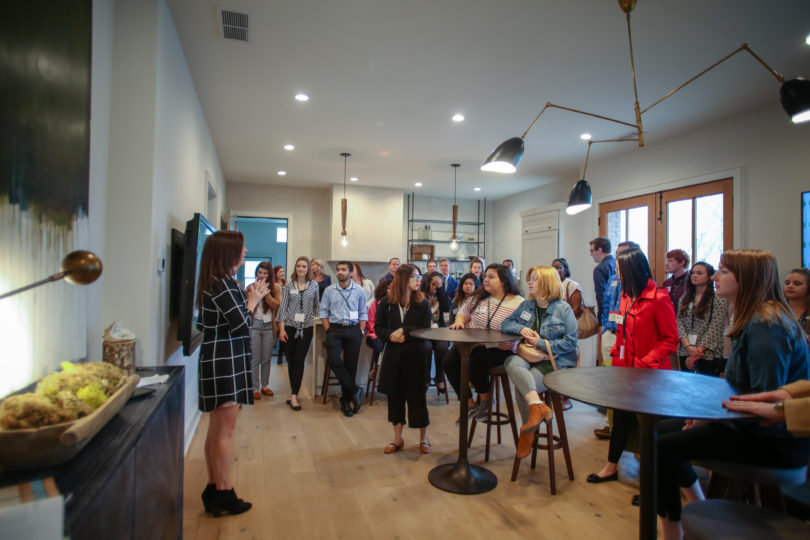 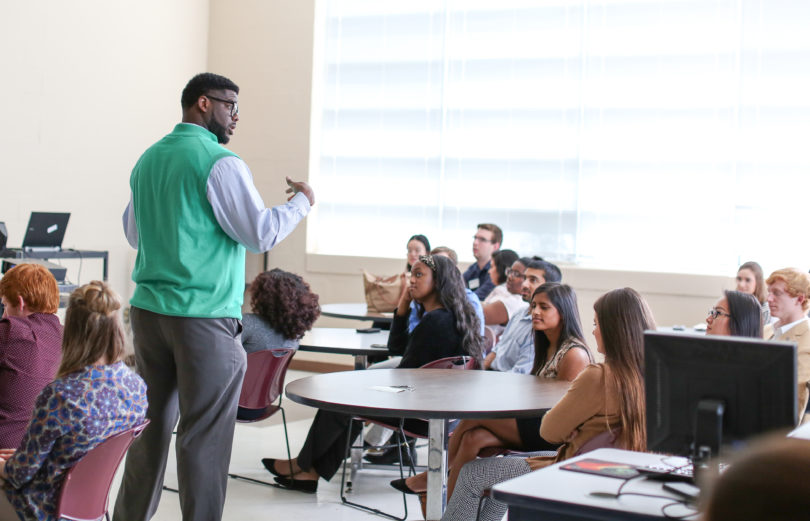 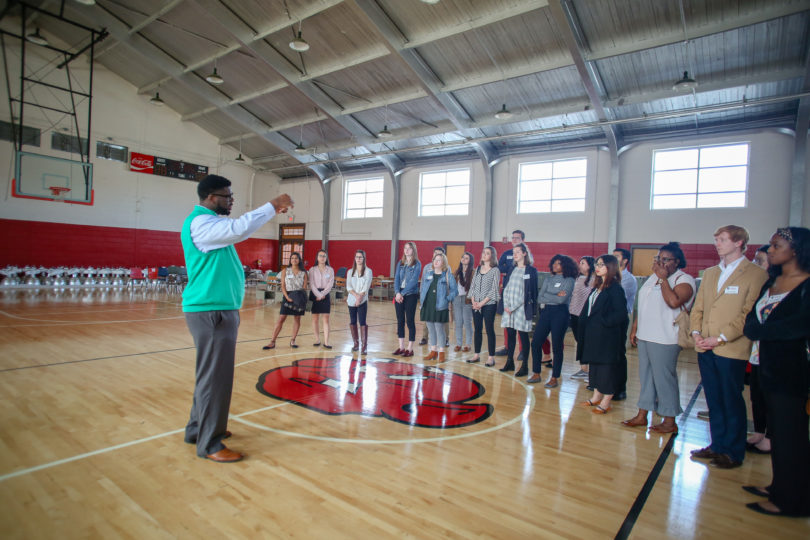 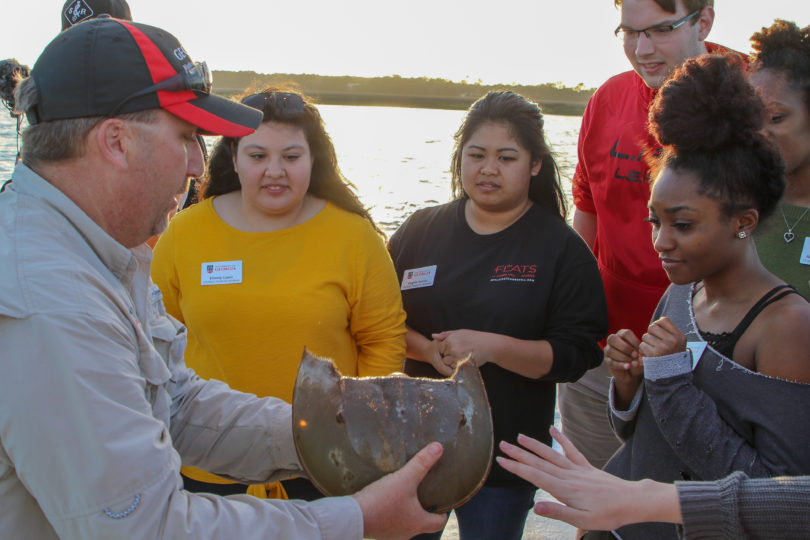 Twenty-five University of Georgia undergraduate students got a firsthand look at how UGA is making a difference in Georgia communities during the inaugural Student Tour of Georgia over spring break.

It was UGA’s first such tour organized specifically for students and was based on the popular New Faculty Tour, sponsored by UGA Public Service and Outreach, which introduces about 40 new faculty to the state each August. PSO and the Division of Student Affairs coordinated the Student Tour of Georgia, which was sponsored by the Office of the President.

A primary goal of the tour was to help students better understand the land-grant and sea-grant missions of the university and how the University of Georgia fulfills those missions by helping to create stronger, healthier and more secure communities.

“I am pleased that our students were eager to travel throughout the state to learn more about its history, the wonderful communities we enjoy, and the integral role that the University of Georgia plays in the lives of all Georgians,” said President Jere W. Morehead. “It is a testament to our students’ intellectual curiosity and their desire to play a vital role in the state’s continuing success.”

From the mountains to the coast, the students saw examples of ways that UGA has helped boost the local and statewide economy and improved the quality of life for Georgians.

In Alto, near Gainesville, they learned about Jaemor Farms’ transition from a traditional farm to an agritourism destination with assistance from UGA agricultural extension agents and Small Business Development Center consultants. Still known for lush strawberries and peaches, sweet corn, tomatoes, watermelons and pumpkins—among many other fruits and vegetables—Jaemor now attracts customers from miles away for annual strawberry festivals, corn mazes, u-pick days, canning classes and other family events.

Later in the week, the students toured an energy-efficient model home on the campus of UGA-Tifton and learned about the research underway on the South Georgia campus, where scientists have created smartphone apps to control crop irrigation and developed new breeds of pecans that are high yielding and highly resistant to disease.

It wasn’t until the Student Tour of Georgia that I fully grasped just how awesome and innovative Georgia is and what a pivotal role UGA plays in this.”

“The UGA-Tifton campus blew me away, seeing what an international reach the university has and how cutting-edge its agriculture and sustainability practices are,” said Kathleen Reynolds, a finance and marketing major from Johns Creek. “I have lived in Georgia my whole life, and I thought I knew my state, but it wasn’t until the Student Tour of Georgia that I fully grasped just how awesome and innovative Georgia is and what a pivotal role UGA plays in this.”

During a visit to Pulaski County, a UGA Archway Partnership community about 50 miles south of Macon, students heard Jeff Tarver, a Pulaski County native, talk about launching a program to help the county’s youth improve their grades and graduation rates. The LIFE League program combines basketball with goal-setting, good decision-making and life skills.

The participants, both male and female in middle and high school, were considered at risk of dropping out of school. The high school graduation rate for program participants is now 90 percent, about 15 points higher than the local average.

Tarver, LIFE League CEO, was an at-risk youth himself but was able to turn things around, go to college and become a faculty member at Middle Georgia State University.

That impressed the UGA students.

“No matter who you are or where you come from, you can make a difference,” said Arryn Evans, a criminal justice and psychology major from Starke, Florida.

At a stop in Fayetteville, students learned about the burgeoning film industry in Georgia and toured Pinewood Studios, where “Black Panther,” “Ant-Man and the Wasp,” “Avengers: Infinity War” and many other films were shot.

In Atlanta they visited the Center for Civil and Human Rights as well as Ebenezer Baptist Church, where they listened to a recording of one of Martin Luther King Jr.’s last sermons before his assassination.

During a visit to the state Capitol, the students sat in on legislative committee meetings—and learned a little bit about the freedoms Americans enjoy.

“It was really interesting to see how easy it is for people in Georgia to see what’s happening inside the Capitol,” said Elisabeth Balencinova, an international student from France. “In France you cannot access your Capitol.”

A bus tour of the Georgia Ports Authority in Garden City, which is undergoing an expansion to accommodate larger barges, and a visit to Gulfstream Aerospace in Savannah drove home the importance of economic development initiatives. At Gulfstream, the students learned about research and development of high-end private jets and sat in the machines the company uses to test its smaller systems.

“I am excited to tell my friends who are engineering majors about the work Gulfstream is doing to provide jobs and revenue for Georgia,” said Julia Allen, an economics major from Columbus.

The tour group learned about the coastal ecosystem during a trawl on the R/V Georgia Bulldog and had their pictures taken with Uga X at UGA Marine Extension and Georgia Sea Grant on Skidaway Island, near Savannah.

“It was cool to learn about UGA’s sea-grant mission right after learning about what being a land-grant university means,” said Madison Drummond, an advertising and sports management major from Appling. “I realized that the work being done (at Skidaway) is just as much a part of UGA as Herty Field or the Arch. The impact of this university goes beyond one campus or research lab and actually creates change in our state and beyond.