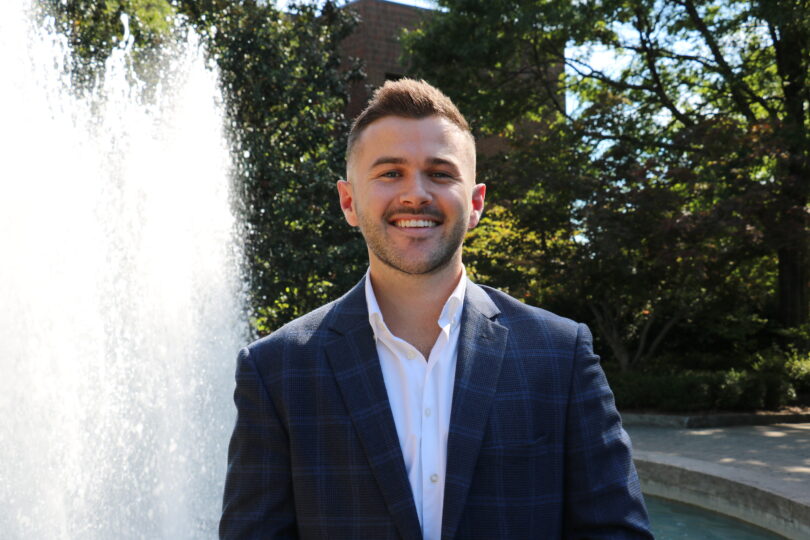 In 2017, Brennen Sanders was assigned to the USS Illinois, which at the time was the newest, fastest submarine in the U.S. Navy. He and his shipmates were to prepare for a 7-month long deployment to the Western Pacific.

Sanders had just completed the Navy’s nuclear program, where for two years in Charleston, South Carolina, each day he attended nine-hour lectures followed by three to five hours of independent study on topics such as electrical theory, electronic fundamentals, heat transfer, fluid flow and radiological controls. All this to say that now, as a third-year engineering major at the University of Georgia, coming to Athens was not his first experience in a highly competitive, academic environment. 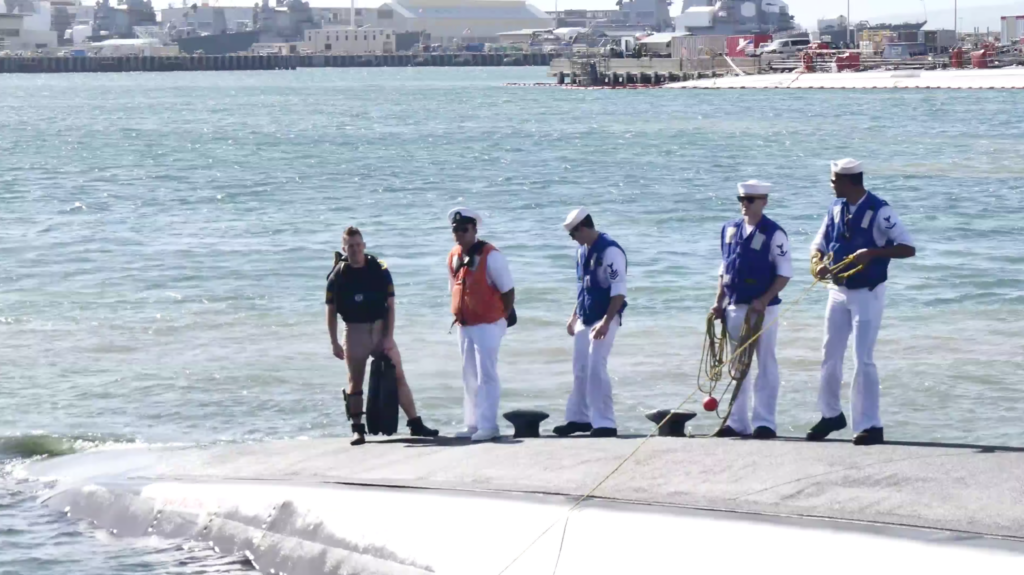 Sanders, second from the right, standing on top of his submarine with shipmates. (Submitted photo)

Sanders knew he wanted to join the military, growing up hearing stories of his uncles’ service in Vietnam and World War II. One uncle was only 22 when he was killed in action.

“Hearing their stories as a young kid, growing up hearing those values of service beyond yourself, in service to others, service to something bigger, was so impactful on me and my family,” Sanders said. “I felt that if my uncles made the ultimate sacrifice, I need to do something as well, to go above and beyond.”

Sanders’ seven-month deployment confirmed his desire to serve, providing a fulfilling job through what he described as “one of the craziest adventures” of his life.

“When we were on our first mission, I had this euphoric moment of ‘this is what I signed up for,’” he said. “It was so surreal. Halfway across the world from my home in Georgia … what we were doing was so important. Everything I grew up hearing in my family and the values that were instilled in me came to a pinnacle.” 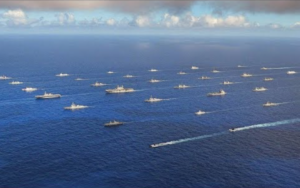 One of Sanders’ favorite memories was performing collaborative exercises with U.S. allies near Hawaii. (Submitted photo)

One of Sanders’ favorite memories was performing collaborative exercises with U.S. allies near Hawaii. While his 377-foot-long submarine – “a little longer than Georgia’s football field,” Sanders noted – was surfaced, the Navy captured an aerial shot of all the different types of vessels in formation.

“In the vast Pacific Ocean, we all looked like ants, like nothing,” Sanders said. “I remember standing up in the bridge, thinking to myself how unreal this moment was.”

Just a week later, he was back home in Georgia on leave, visiting his father’s 11th grade math class, casually sharing with his students what he had just done the week earlier.

“All the students had big eyes and jaws dropped,” he said. “The whole experience was just pretty surreal.”

Despite his profound love for the Navy, Sanders knew he wanted to pursue a college degree. His cousin, also a Navy veteran, was at UGA’s College of Engineering, and he filled him in on the available scholarships and all of the resources and programs offered by the Student Veterans Association and the Student Veterans Resource Center. 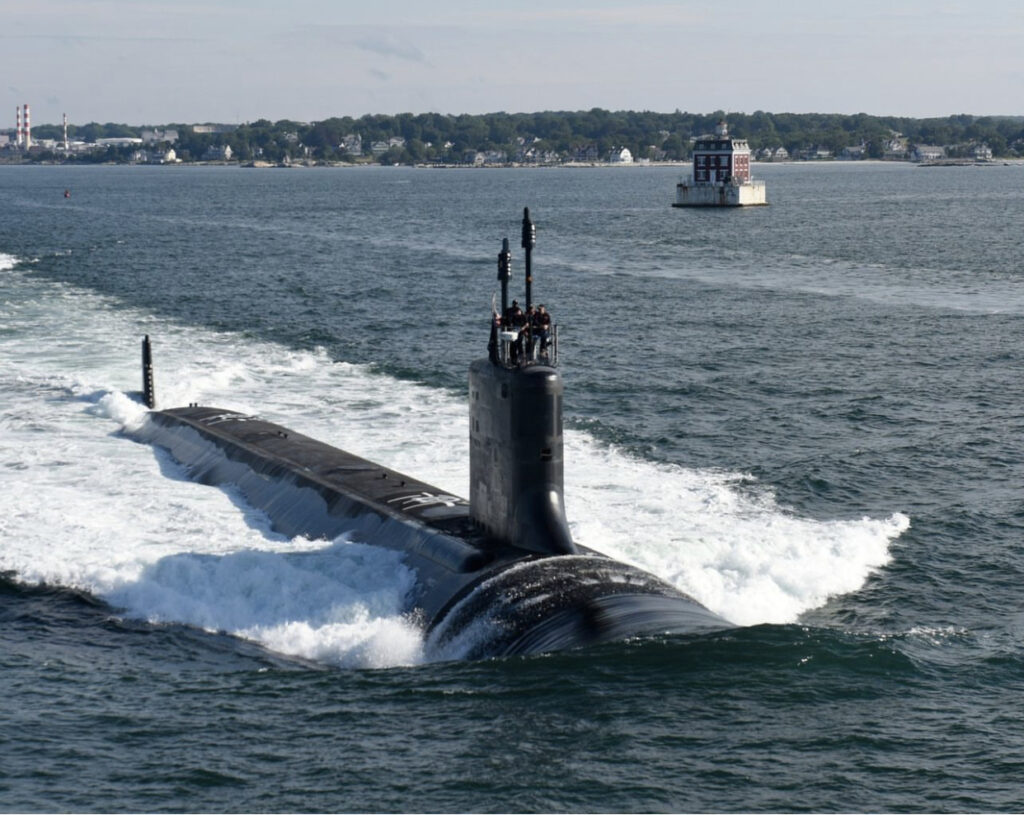 When Sanders was first assigned to the USS Illinois in 2017, it was the newest, fastest submarine in the U.S. Navy. (Submitted photo)

“UGA student veterans are extremely fortunate compared to many institutions to have the support of donors, staff and faculty members that we have,” Sanders said. “It was just the clear choice.”

After a grueling lifestyle living on the other side of the globe, Brennen was excited to pursue a new chapter at UGA, close to his home, and he enrolled in 2021. It took time to transition from the strict, regimented days to a collegiate lifestyle, but today, Sanders is a very successful college student.

He currently serves as the Student Veterans Association president, and is heavily involved in SVA’s programmatic efforts to connect the student veteran community on campus, helping build the same camaraderie he loved in the military. Outside of the veteran community, Brennen enjoys mentoring his fellow classmates, offering a real-world perspective they may have never considered before. 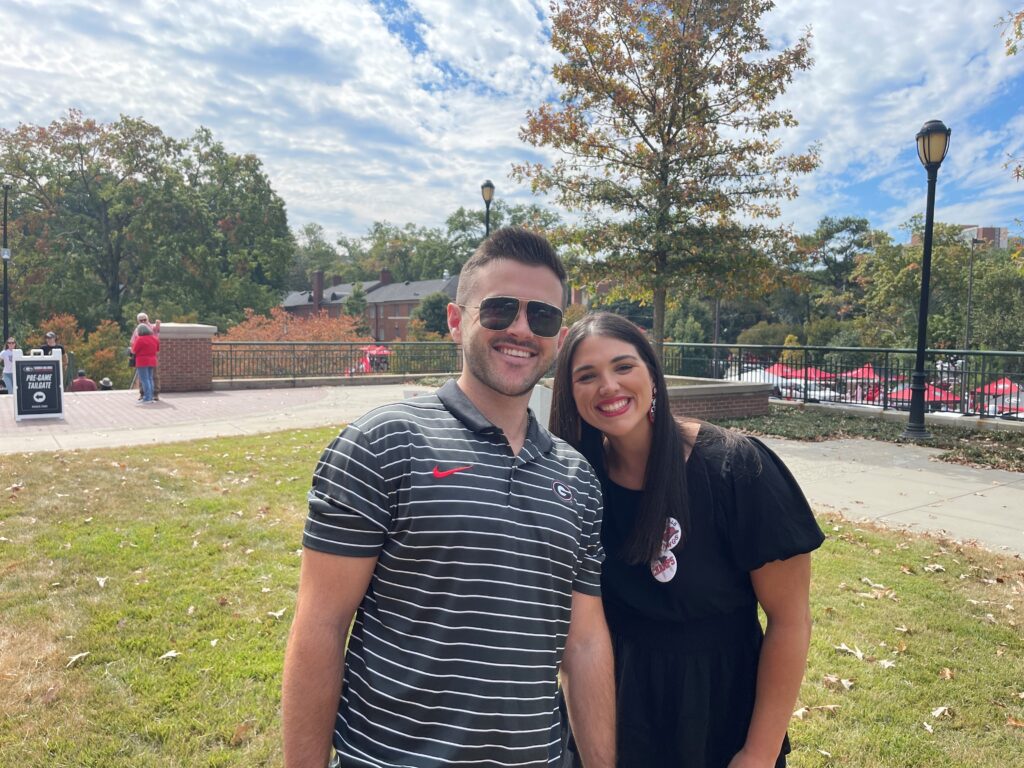 Because Sanders’ technical title in the Navy was Electrician-Nuclear, he chose to specialize in electrical engineering at UGA.  As of now, he’s planning to work for Georgia Power in Protection & Control Field Services and eventually pursue his MBA.

Sanders recently won a prestigious $10,000 scholarship from Raytheon Missiles & Defense in partnership with the Student Veterans of America. Brennen was one of two student veterans selected nationally.

“My favorite part of Athens and UGA, despite how cliché it may sound, are the people and networking,” he said. “Saturdays? It’s a totally different scene than I have ever experienced in my life. Saturdays in Athens have the best atmosphere.