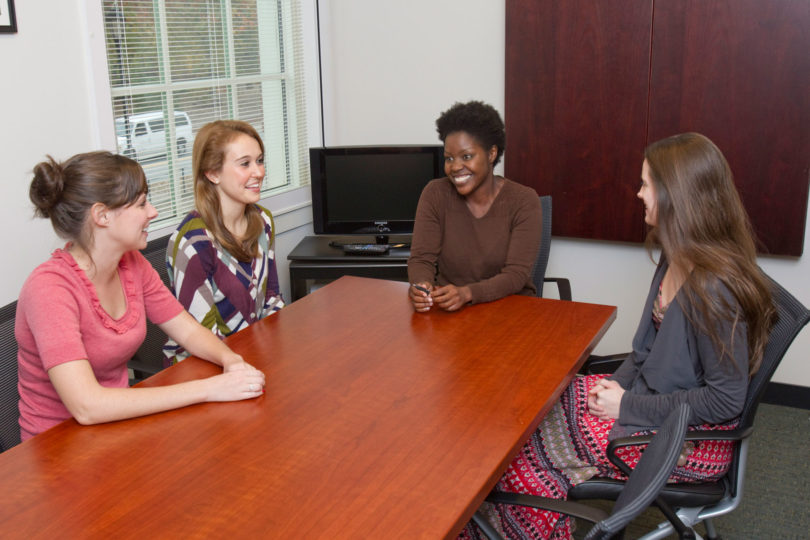 For Mumbi Okundaye, public health isn’t just her department; it’s a moral imperative. That’s why she works to join resources from the College of Public Health with the local nonprofit group AIDS Athens Inc.

“You can’t have a sustainable, viable small community like we have without having services that reach out and help groups that are dealing with disparity issues  of poverty, low socioeconomic status and more,” said Okundaye, an academic professional and coordinator of the college’s MPH/DrPH program. “If you want to have a community where everyone has opportunity, then these kinds of organizations are the ones you have to help promote. And how do you help promote them? By staying involved. And if you can’t do it financially, you can give with your time.”

That last part is important, she said, because so many people she talks with have student debt or other economic woes stemming from the recession. Having an alternate way to help out keeps people involved who may otherwise feel useless.

AIDS Athens is one of the organizations supported by UGA’s annual Campaign for Charities, which runs through Dec. 16.

Okundaye became involved with AIDS Athens in 2009, after a friend encouraged her to apply for a position on the group’s board. After signing up to help, Okundaye, who earned a master’s degree from the public health college in 2010, learned of the group’s long ties with her alma mater.

“Once I started my position here, I started working on synergizing some of the things that happen at AIDS Athens with the things the college has to offer, like volunteers and internships,” she said. “The director had mentioned that in the past there had been a walk-a-thon coordinated by the College of Public Health. It hasn’t happened in a while because things had fallen apart with the student group in the college. And I wasn’t happy with that. Being a graduate of the College of Public Health and having maintained this affiliation and donated money, I wanted to know there’s a constant commitment between the students, the college and the community.”

Taking that charge, Okundaye helped steer UGA’s Student Public Health Association toward restarting the AIDS Walk. The fundraiser will now take place April 7.
Those interested in getting involved can find out more information by e-mailing info@aidsathens.org. The organization accepts donations of both time and money.