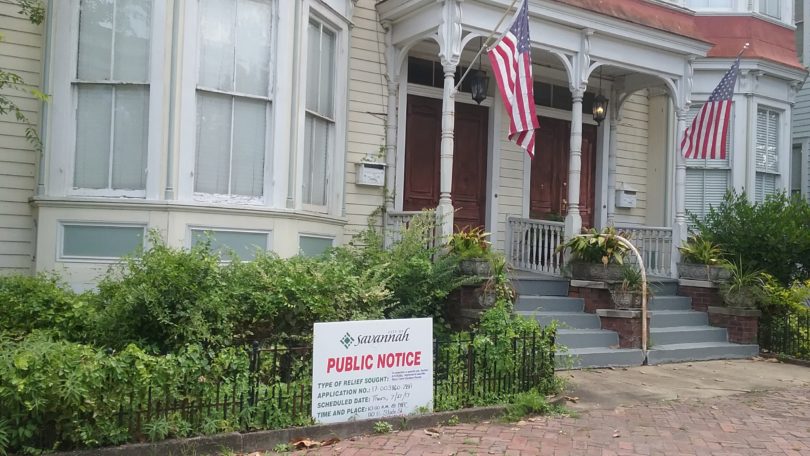 Feelings of neighborhood pride, interactions with tourists and a community’s laws can all influence how neighbors feel about short-term vacation rentals.

These interactions can change from neighborhood to neighborhood and can offer insight into how to craft local ordinances governing these types of vacation rentals, according to a newly published study conducted at the University of Georgia.

Short-term vacation rentals—more commonly known as companies such as Airbnb, VRBO or HomeAway—can have polarizing effects in communities, says Emily Yeager, now an assistant professor at East Carolina University who conducted the study as a doctoral student in UGA’s Warnell School of Forestry and Natural Resources. Her paper, which was released late last month in the Journal of Travel Research, studied resident attitudes toward short-term vacation rentals in Savannah, Georgia.

“Through resident surveys, we found evidence of what we call psychological empowerment, or how proud you are of your community because short-term vacation rentals are in it,” said Yeager. “In other words, imagine you are proud of your neighborhood because people want to come visit and stay there. People are excited and think, ‘This is what we have to offer.’ But it’s very spatially nuanced.”

Yeager chose Savannah for her study because it has long been a tourist destination. Since the rise of short-term vacation rentals, it has adjusted local ordinances to reflect changes wrought by the industry. Short-term rentals are allowed in certain neighborhoods, offering a variety of experiences for both residents and guests.

“For example, the Northwest portion of the city has a high concentration of bars and carriage tours. If you asked people who lived in this area’s historic districts, they are proud to have Airbnbs in the neighborhood, but the answer is less positive than in the Southwest corridor,” said Yeager. “On the other hand, the Starland District is a new district that’s developed in the Southwest portion of the vacation rental zones. There’s an art scene and boutique coffee shops, and if you asked people there if they were proud, it’s a lot different. They are very excited about vacation rentals.”

Yeager conducted the study in 2016 and 2017, just before Savannah developed new regulations for short-term vacation rentals. At the time, residents were concerned with the density of rentals and the effect they had on the neighborhood—Yeager called some of them “ghost neighborhoods” because of the lack of permanent residents.

Bridget Lidy, director of planning and urban design for Savannah, said new regulations put in place since 2017 addressed some of the angst residents had toward short-term vacation rentals, but a follow-up survey, similar to what Yeager conducted, would be needed to know for sure. “The regulations are much more stringent than what they were before, but we have to walk a fine line,” relating to property rights, she said.

Yeager’s study was unique in that it was the first to look at the support or opposition of residents toward short-term vacation rentals. Research typically investigates resident attitudes toward tourism in general, but not yet for short-term rentals, said Bynum Boley, an associate professor in Warnell who served as Yeager’s advisor.

Because tourists are embedded in neighborhoods when using services such as Airbnb or VRBO, they have a different kind of interaction with residents than those who stay in a hotel, where tourists are usually sequestered in their own part of town.

“It’s an interesting finding that psychological empowerment had a direct relationship on support,” said Boley. “If residents felt their neighborhood was on show, and if they felt visitors were there because their neighborhood had some sort of unique cultural or architectural value, then they are likely to support short-term vacation rentals.”

“Additionally, the more short-term vacation rentals bring a community together, the more residents support it,” he added. “But a big fear is that they could create some type of ghost neighborhood, where nobody lives there anymore. So, if one perceives short-term vacation rentals as tearing a community apart, then they are going to be opposed to it.”

Ultimately, Yeager said she wants the study to be useful to communities as they move forward with their own regulations. Hosts and neighbors can be considered positive ambassadors for the community, and perception—whether it’s on the street or via social media channels—can have a large impact. Especially when tourism is a large part of a community’s income.

“If a community is thinking about regulating something like this, it might be important to look at channels of communications that aren’t managed by the city,” Yeager added. “For example, some online forums were additional resources to find opinions about short-term vacation rentals, and these were the same people attending city-hosted workshops. But you’d never hear the stories that were shared online.”