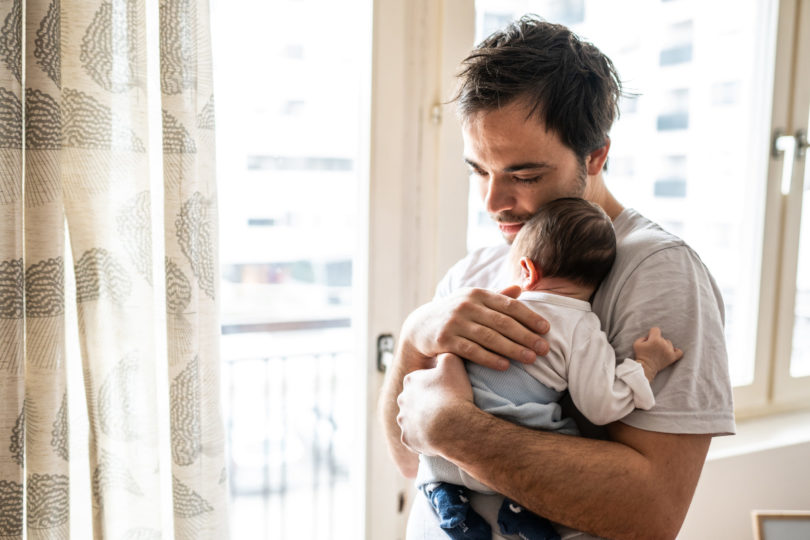 Research focuses on man’s exposure prior to conception

A new study from the University of Georgia has shown that exposure to a now-banned flame retardant can alter the genetic code in sperm, leading to major health defects in children of exposed parents.

Published recently in Scientific Reports, the study is the first to investigate how polybrominated biphenyl-153 (PBB153), the primary chemical component of the flame retardant FireMaster, impacts paternal reproduction.

In 1973, an estimated 6.5 million Michigan residents were exposed to PBB153 when FireMaster was accidentally sent to state grain mills where it made its way into the food supply. In the decades since, a range of health problems including skin discoloration, headache, dizziness, joint pain and even some cancers have been linked to the exposure.

More striking, the children of those who were exposed seemed to experience a host of health issues as well, including reports of hernia or buildup in the scrotum for newborn sons and a higher chance of stillbirth or miscarriage among adult daughters.

Yet, little work has been done to understand how the chemical exposure could have impacted genes passed from an exposed father, said study author Katherine Greeson.

“It is still a relatively new idea that a man’s exposures prior to conception can impact the health of his children,” said Greeson, an environmental health science doctoral student in Charles Easley’s lab at UGA’s College of Public Health and Regenerative Bioscience Center.

“Most studies where a toxic effect is observed in children look only to the mothers and the same has been true of studies conducted on PBB153,” she said.

Greeson and a team of researchers from UGA and Emory University used a unique combination of observational and laboratory approaches to demonstrate how PBB153 acted on sperm cells.

“Typically, scientific studies are either epidemiological in nature and inherently observational or focus on bench science, but in this study, we did both,” said Greeson.

This approach allowed the researchers to mimic the known blood exposure levels of PBB153 in a lab environment.

“We were uniquely able to recreate this effect using our previously characterized human stem cell model for spermatogenesis,” she said, “which allowed us to study the mechanism that causes this effect in humans.”

The team looked at the expression of different genes in their human spermatogenesis model after dosing with PBB153 and found marked alterations in gene expression between dosed and undosed cells, specifically at genes important to development, such as embryonic organ, limb, muscle, and nervous system development.

“PBB153 causes changes to the DNA in sperm in a way that changes how the genes are turned on and off,” said Greeson. “PBB153 seems to turn on these genes in sperm which should be turned off,” said Greeson, which may explain some of the endocrine-related health issues observed in the children of exposed parents.

Though the study used this model to directly replicate exposure to PBB153, Greeson says this approach could be used to better understand the impact of other environmental exposures on reproduction, including large-scale accidental exposures to toxic chemicals or everyday exposures.

“Hopefully this work will lead to more studies combining epidemiology and bench science in the future, which will tell us more about why we’re seeing an effect from an environmental exposure in human populations and encourage experimental studies to more closely mimic human exposures,” she said.

The study, “Detrimental Effects of Flame Retardant, PBB153, Exposure on Sperm and Future Generations,” published May 22. It is available online.