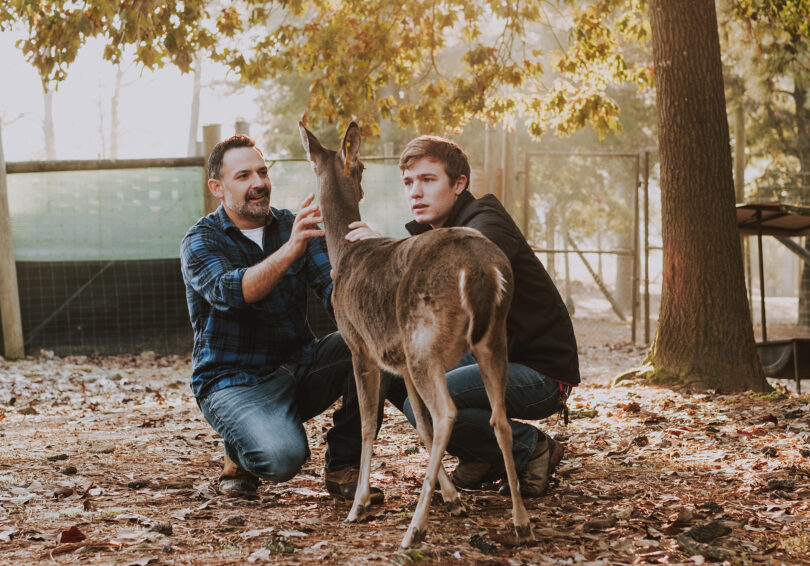 Amid the serenity of Arkansas’ Ozark Mountains, a storm is brewing.

Although much is known about the effects of this incurable disease, little is known about how it manifests in white-tailed deer and other members of the deer family, as well as the extent to which it has infiltrated the deer and elk populations in the Ozarks—by some estimates, around one-third of the animals are infected. But a new study launching this year by researchers at the University of Georgia aims to get a better picture of CWD.

Because this is a disease found at varying rates across the country, the study could have a profound effect on deer and elk populations in the Ozarks and elsewhere.

“Chronic wasting disease is a major issue in Arkansas. It popped up in the northwest part of the state in 2016, and since then has been detected in 14 counties,” said Michael Chamberlain, the Terrell Distinguished Professor of Wildlife Ecology and Management at the UGA Warnell School of Forestry and Natural Resources and lead investigator. He’s working with Warnell faculty members Richard Chandler and Gino D’Angelo on the five-year, $3 million study funded by the Arkansas Game and Fish Commission.

The project has been in the works for several years, as state officials began to realize the extent to which deer were infected. “It started out as one animal, then a couple of animals, and then all of a sudden they started testing and the prevalence rate ended up being among the highest in the country, with more than 20% of deer tested being positive for CWD,” added Chamberlain.

But while CWD has been studied for decades, the Warnell scientists are taking a new approach, which they hope will both shed light on the extent of infection and help them understand how it progresses over time.

For starters, researchers are working with a large team in the field to get a more accurate picture of the total deer population in the region. By understanding the population, they can better determine the overall rate of infection. Then, throughout the study, researchers will continue to capture, mark with GPS collars and test animals to get a better sense of the timeline of the disease. It will also be the first study of its kind to capture fawns—something that has not been done before, even though CWD can be transmitted from mother to baby.

As deer are captured and tested, said Chamberlain, there are two possible outcomes: They either test positive for the disease, or they are presumed to be negative—but may develop the disease at some point in the future. If an animal is later captured and tests positive, then scientists have a record of their movements as well as a better timeline for the disease’s progression.

This is important because, at some point after an animal is infected with CWD, its behavior changes. The neurological disease is in the same group of diseases known as transmissible spongiform encephalopathies and include bovine spongiform encephalopathy (mad cow disease) and the rare Creutzfeldt-Jakob disease found in humans. Animals severely affected by CWD may walk for miles away from their herd, as if they are disoriented.

What we think happens is these animals start to become symptomatic, change their behavior and do things they wouldn’t normally do, like go downtown and start hanging around the used car dealership.” — Michael Chamberlain

In some cases, infected animals walk into towns and can be contained and killed. But in the wild, they wander to new herds—potentially spreading the disease to a new population.

“In previous studies, the researcher catches a deer, puts a collar on it, and lets it go. If it’s positive, they track it for a year or so and try to explain how a positive animal behaves,” said Chamberlain.

The timeframe from infection to changes in behavior is a key detail that has eluded scientists.

“What we think happens is these animals start to become symptomatic, change their behavior and do things they wouldn’t normally do, like go downtown and start hanging around the used car dealership,” he adds. “But what we need to know is, as an animal starts to become symptomatic, what does it start doing that’s different from other animals in the population? Because if we can understand that, we can understand how the disease actually spreads.”

Getting this information, though, requires an all-hands-on-deck approach. Scientists and biologists with the state will take to helicopters or to the ground to find, capture and test the animals. This process will continue throughout the study period. Then, at the culmination of the study, all the animals will be captured or harvested and sent to a partner institution, Colorado State University, for additional research.

Over the next five years, the information gathered through their work could set a new standard in how the disease is studied and populations are monitored. In places where deer hunting is a large part of the economy and way of life, understanding the rate of infection and progression of chronic wasting disease could have a ripple effect throughout entire communities—such as the Ozarks.

“This is really the first study that has taken the approach that we are taking,” said Chamberlain. “There are a lot of states that are looking at this project and are curious to see how it works out, because they are considering the same type of study in their states. We are really excited about this project, because it could provide a model going forward for how this type of research is done, with the results directly applied to management of deer populations.”