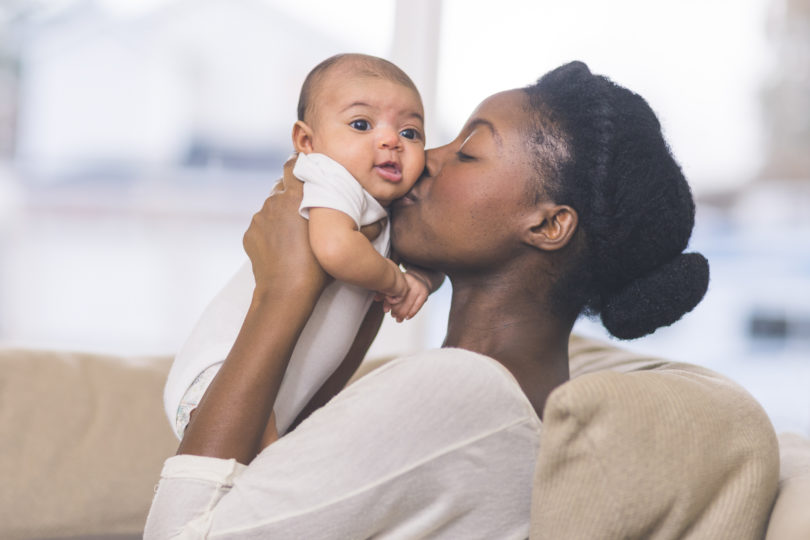 Facebook could be the key to helping mothers overcome breastfeeding challenges.

That’s according to a new study from the University of Georgia.

Researchers found that mom-to-mom breastfeeding support groups on Facebook were a valued source of support specifically for African American mothers.

“Support is an important factor in determining if a mother will meet her breastfeeding goals,” said Ayanna Robinson, who led the study as a doctoral student at UGA’s College of Public Health. “African American mothers more often report lacking community and generational support from mothers or grandmothers to breastfeed, as well as norms that favor formula feeding.”

And social inequities that can often affect African American communities also influence whether mothers have access to consistent prenatal and lactation specialists.

But Robinson, a mother herself, began noticing one place that painted a different picture about breastfeeding support among African American mothers.

“I happened upon a support group on Facebook years ago, and I thought it was really interesting to see the support and encouragement being offered in this space,” she said.

Over the last decade, social media as a source of health information has risen in prominence.

“It’s no surprise that sites like Facebook are becoming a common source of health information and support,” said Carolyn Lauckner, a researcher at the College of Public Health who studies technology-based health interventions and one of the study’s co-authors.

“These online spaces allow individuals quick and easy access to communities that share similar health concerns or experiences and can meet a ton of different needs. Breastfeeding mothers, for example, can learn how to tell if their child is getting enough milk or find the emotional support they need to confront breastfeeding challenges.”

Robinson wanted to know whether Facebook was providing the extra support African American mothers needed to begin and continue breastfeeding, compared with more traditional forms of breastfeeding support – such as from a health care provider or a family member – and how the support they received on Facebook related to their breastfeeding outcomes.

She surveyed 300 mothers who were active in breastfeeding support groups on Facebook and conducted several focus groups to learn about their experience in their Facebook group.

“We found that, on average, women in the Facebook group intended to breastfeed for 18 months, which is a much longer than the rates we typically see in the U.S.,” she said.

Based on the focus group findings, Robinson believes that exposure to other breastfeeding mothers who looked like them and who encouraged breastfeeding in public or breastfeeding beyond 12 months gave the mothers she surveyed the confidence to extend the length of time they wanted to breastfeed.

“The mothers said they liked Facebook because it was there 24 hours a day, and there was always someone there who had experienced whatever barriers you were experiencing to help you.”

Online breastfeeding support groups also benefit mothers who may have trouble accessing health care or who may be socially isolated, added Robinson. Many of the groups Robinson observed were moderated by licensed lactational professionals so that only evidence-based information is being shared among users.

Though this research focused on African American women, Robinson sees Facebook as a promising tool for all mothers.

“Mothers often give up on breastfeeding earlier than they want to when they experience challenges or lack a supportive environment for breastfeeding,” she said, “but if she can access a support group online, it can make a big difference in her breastfeeding journey.”

Robinson’s work was published in recent issues of Digital Health and the Journal of Human Lactation.

Co-authors include Marsha Davis, Carolyn Lauckner, Jori Hall, and Alex Kojo Anderson, all with the University of Georgia.