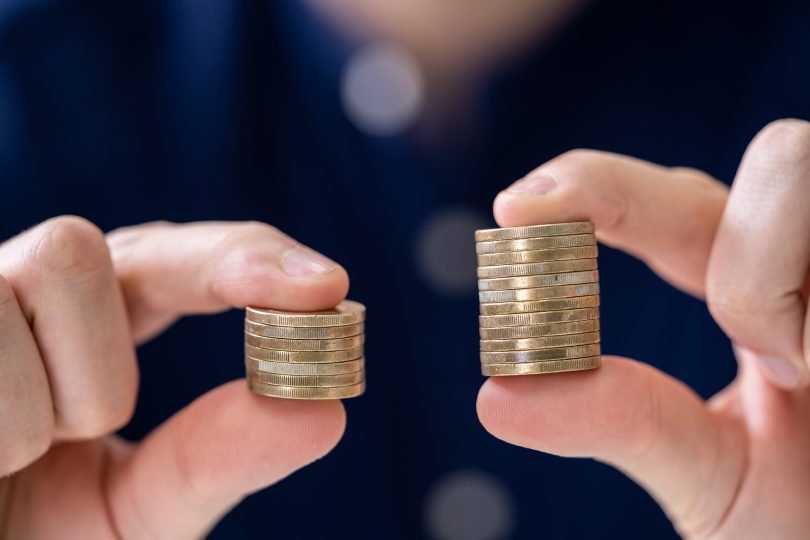 Several factors could explain the gap at the U.S. Department of Health and Human Services

New research from the University of Georgia has found a narrowing but persistent gender pay gap in one of the federal government’s largest agencies.

The study sought to describe and explain gender pay differences in the U.S. Department of Health and Human Services between 2010 and 2018. HHS comprises a quarter of the country’s governmental public health workers, with over 80,000 employees.

Understanding what may be driving wage gaps at HHS provides opportunities for employers and legislators to take action to support women in the health care field, said lead author Zhuo “Adam” Chen, an associate professor of health policy and management at UGA’s College of Public Health.

“A large percentage of the health care workforce are women,” said Chen. “If you have underpaid women in the profession, I don’t think it spells good things for the public health system.”

Chen and his co-authors wanted to look at HHS in part for its size, but also because the agency is considered “gender neutral,” meaning that it attracts male and female employees equally and promotes both genders equally.

“So, we would anticipate the gender pay gap should be minimal,” said Chen.

Several factors could explain pay differences, including where employees lived and pay grade, a proxy of their levels of experience and education. In order to determine how much of a difference in pay could be attributed to these variables, the team systematically ran analyses controlling for job title, location and the employee’s pay grade.

Chen says the key may be differences in promotion within the higher pay grades.

General schedule, the most common federal pay plan, has 15 levels, or pay grades. Higher pay grades often require advanced degrees, and the highest pay grades typically involve supervisory responsibilities. For each grade level, there are 10 “steps” through which employees can advance by serving a set length of time or by merit.

Digging deeper in the data

The analysis showed that women could be stuck in the last steps of level 13 and 14 pay grades.

“If you control pay grade, we get a 1% percent difference, which is getting close to parity. That is itself an indication of a gender promotion gap. Because of the rules of the pay grades in the federal government, differences in promotion are a major contributor of the pay difference,” said Chen.

This is where some might point to gender discrimination, but Chen is not so certain.

“I know researchers like to say we need more data, but we do in order to say whether job segregation is self-selection or something else,” he said.

Chen and his co-authors emphasize that increased data transparency and strengthening legislation action to ensure equal pay for equal work are needed to help close this gap.

The study, “Narrowing but persisting gender pay gap among employees of the US Department of Health and Human Services during 2010–2018,” published in Human Resources for Health online.