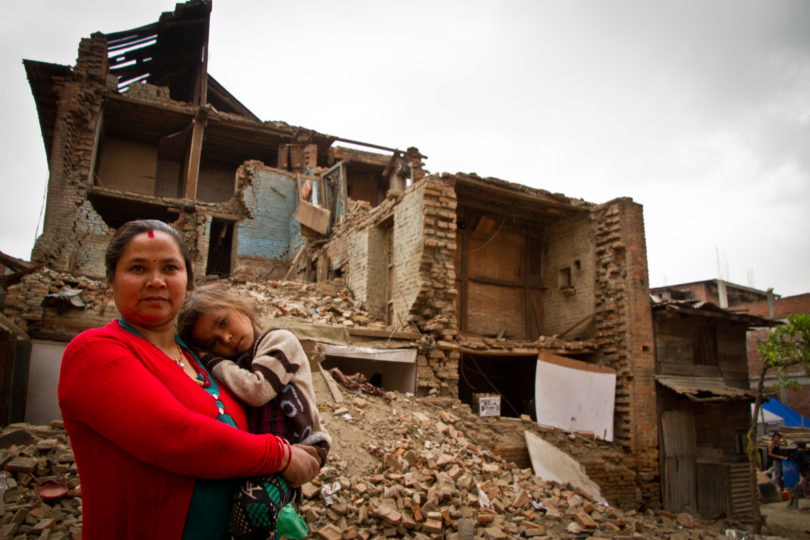 In the wake of a natural disaster, displaced families face a number of hardships that may lead to poor health and nutrition. In these conditions, babies and mothers are particularly vulnerable, but their unique feeding needs are often overlooked in disaster relief efforts.

A new study from the University of Georgia highlights the need for humanitarian aid groups to be trained in safe infant and young child feeding protocols, following the 2015 earthquake in Nepal, which killed nearly 9,000 people and damaged almost half a million homes.

Researchers traveled to several earthquake relocation camps six months after the earthquake, where they interviewed new mothers about their experiences feeding their babies. The team was particularly interested in how well breast-feeding was supported in the camps.

Exclusive breast-feeding is recognized as the safest form of infant feeding for babies under 6 months old. Breast milk is a complete nutrition source, keeps the baby hydrated and provides natural immune system support, which is crucial to infant health in the often-crowded conditions of post-disaster shelters.

Alternative feeding through formula can be dangerous for babies, and the World Health Organization recommends against mass formula distribution in emergencies. But the team found that emergency responders were handing out formula without assessment or lactation support.

“Uncontrolled, untargeted formula distribution is very unsafe,” said Sarah E. DeYoung, an assistant professor of health policy and management in UGA’s College of Public Health and lead author on the study. “In the post-disaster setting where you have people living in relocation camps, there’s usually not access to clean water or appropriate supplies to clean and sterilize bottles.”

Feeding bottles can easily be contaminated with bacteria, leading to serious health consequences and even death for infants.

“Unfortunately, it’s a rampant problem in the post-disaster context,” said DeYoung. “Groups bring formula and hand it to everyone without asking, and then mothers have this perception that bottle feeding is the thing to do because they’re receiving formula in their humanitarian packets.”

Exclusive breast-feeding is far less common in the United States—only 19 percent—compared to the global average of 40 percent and 70 percent in Nepal.

Well-meaning people in the U.S. often donate baby formula without knowing that formula feeding can cause harm.

“They want to help because babies are so vulnerable,” said DeYoung, “but they’re just ill-informed.”

DeYoung emphasizes the need for emergency response organizations to support safe feeding, especially when breast-feeding is the cultural norm, as it is in Nepal.

“The simple, low-tech intervention is asking mothers, are you breast-feeding? If they say yes and it’s going well, don’t give them formula,” she said, and if formula is necessary, the appropriate education and support needs to be in place to ensure the baby’s nutrition and safety.

The study, “Maternal perceptions of infant feeding and health in the context of the 2015 Nepal earthquake,” was published in the Journal of Human Lactation. It is available here: http://journals.sagepub.com/doi/full/10.1177/0890334417750144#articleShareContainer.

Co-authors on the study include Manoj Suji, MS, of Tribhuvan University and Hannah G. Southall, MPH, at UGA’s College of Public Health.