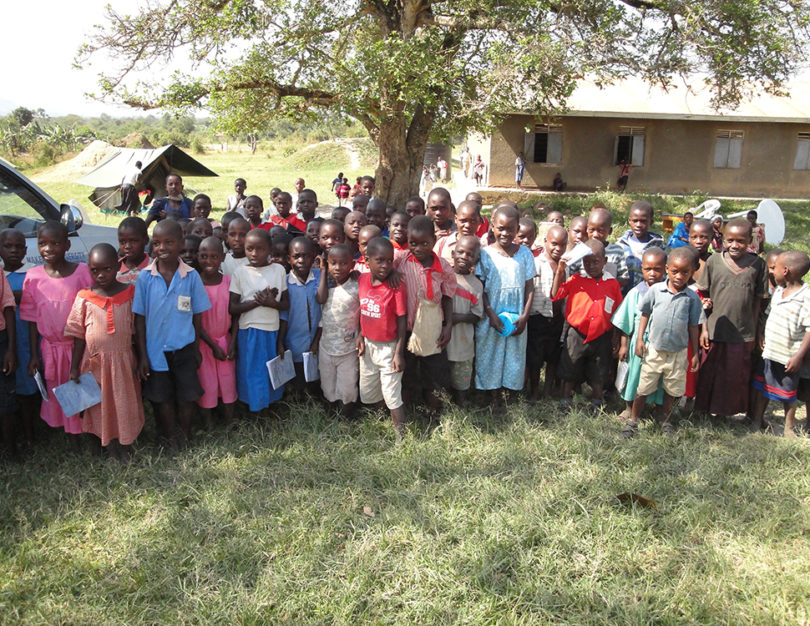 The rate of infant and child deaths is high in many developing countries, and Uganda is no exception. Some of the issues contributing to this problem are poor child spacing and unplanned pregnancies that occur particularly within the first 12 months after child birth. Though low cost, effective family planning options are widely available, only 8 percent of women living in rural Uganda are using them.

A recent study from the University of Georgia sought to identify factors that may discourage women living in rural areas from using one such option, long acting reversible contraceptives, or LARCs.

Most Ugandans live in rural communities, where the culture surrounding family and child bearing is rooted in the land.

“Cultural norms in general surround numbers,” said Juliet Sekandi, an assistant professor in the Global Health Institute at UGA’s College of Public Health, who led the study. “‘Strength in numbers,’ they always say, because a large family can cultivate a larger piece of land.”

Family members are part of the labor support for the family in a country that is up to 80 percent agricultural, said Sekandi, so the size of the family directly impacts their economic stability. Having more family members also means the extended family clan can wield more political power in the community.

However, mothers can put their health and the health of their unborn child at risk if they become pregnant again within a year of giving birth. Medical standards recommend a time span of 12 to 24 months for a woman to fully recover from pregnancy.

“There are nutritional gains to make after having a child,” said Sekandi. “If the baby in utero has poor nutritional supply because the mother’s nutrient banks are still depleted, you’re going to see poor growth, which we know is typically an indicator of poor child outcomes.”

The researchers surveyed 400 women from 30 villages, asking a range of questions about their feelings on family planning and using LARCs, as well as demographic variables such as previous childbirths and previous pregnancies.

Overall, LARC use mirrored Uganda’s national average, but they found that many women who reported using LARCs had five or more children.

“Once women reach a certain number of children, they are ready for what’s going to give them the most reliable outcome,” said Sekandi. “I’m beginning to speculate, but it may speak to the fact that the accumulation of wisdom from the many experiences of child bearing brings women to this important decision point.”

Interestingly, most of the respondents said they were willing to use modern contraceptives. Sekandi said their willingness to use contraceptives likely comes from 15 to 20 years of public health messaging and education campaigns surrounding the benefits of family planning.

“The education has been there so that women know they can make choices despite the cultural influences around them,” she said. “They know their lives are at risk.”

The dissonance between desire and use could be explained by another cultural norm. In the rural areas, the husband usually has control over the finances, which can create challenges for women seeking contraceptives.

A husband may be less likely to allow his wife to use contraceptives if the couple is still planning to have more children. Sekandi said that this economic barrier may be a substantial one, which highlights the need for more male participation in family planning education.

“Men need to be at the table,” she said. “If they fully understand the dangers of poor spacing when decision time comes, it can be a joint decision where the person who’s going to provide the funds will be on board well convinced that this a priority for our family.”

The paper, “High parity predicts use of long-acting reversible contraceptives in the extended postpartum period among women in rural Uganda,” was published in Contraception and Reproductive Medicine. It is available online at https://contraceptionmedicine.biomedcentral.com/articles/10.1186/s40834-018-0059-8

Co-authors include Ronald Anguzu and Hassard Sempeera of Makerere University in Kampala, Uganda.