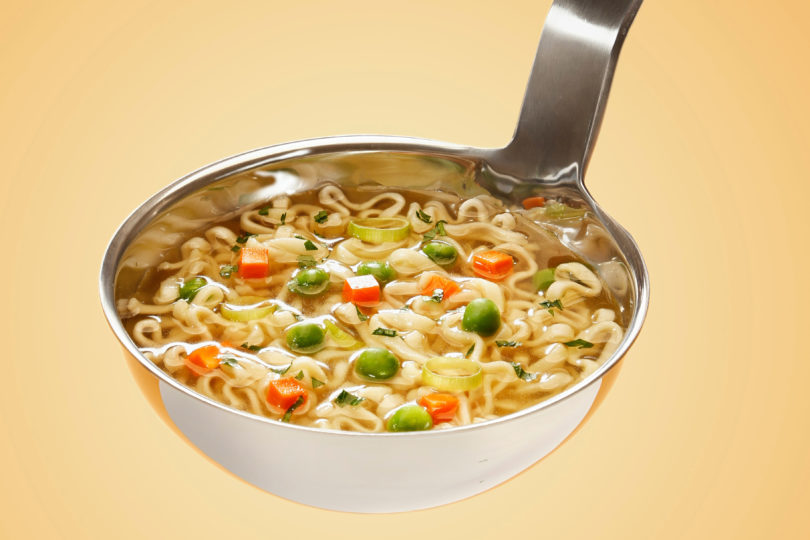 Food additives used to enhance the taste of chicken broth are one of many factors that may lead to hardened arteries.

A new study from the University of Georgia pinpoints lifestyle factors that could lead to hardened arteries.

One of the largest of its kind, the study performed an untargeted metabolomics profile of over 1,200 participants of the Bogalusa Heart Study to identify metabolites linked to the hardening of arteries.

Hardening arteries, or arterial stiffness, is an independent risk factor for heart disease and death, and the mechanisms that contribute to arterial stiffening are not well understood.

That’s where metabolomics can help pull back the curtain on how and when arterial stiffness begins to occur.

Metabolomics is the study of metabolites, which are created each time there is a transfer of energy in the body. Metabolites play a key role in maintaining the body’s normal function, and changes in metabolite levels can reflect how environmental factors, like smoking, diet or pollutants, influence health.

“In this study, we identified many metabolites related to coffee drinking, alcohol drinking, Southern foods, dietary supplements, and even pesticides,” said Li, an assistant professor of epidemiology and biostatistics at UGA’s College of Public Health.

Using the most up-to-date panel of metabolites, Li and his colleagues ran an analysis on participant blood samples, looking for environmental exposures that had an impact on measures of arterial stiffness.

“We were able to identify some environmental and lifestyle related-metabolites, build metabolite networks to shown how the body reacts to the environmental exposures, and more importantly, tested the effect of those metabolites on arterial stiffness,” said Li.

The majority of these were associated with other known risk factors of arterial stiffness like high blood pressure, high cholesterol or diabetes.

But some of these metabolites are food additives and cooking ingredients found in many U.S. kitchens.

For example, the team identified two peptides – gamma-glutamylvaline and gamma-glutamylisoleucine – that are commonly used to enhance the savory taste of chicken broth.

To be clear, said Li, the current study is a snapshot of metabolites. The relationship between some of the metabolites and arterial stiffness over time is unclear, and he has plans to run this study again using longitudinal data.

The full report of the findings can be found in the current issue of the American Journal of Hypertension.