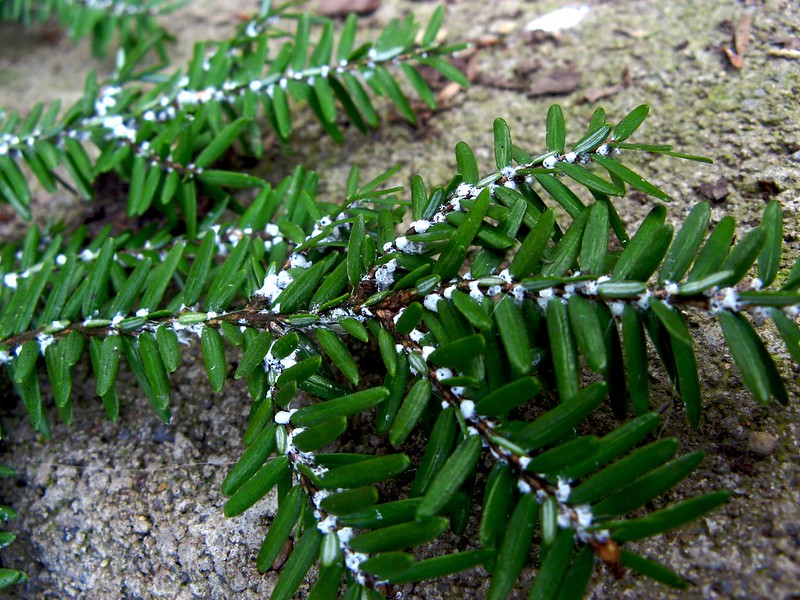 About 450 nonnative, plant-eating insect species live in North American forests. While most are harmless, a handful wreak havoc on their new environment, and their attacks on trees cause more than $70 billion in damage each year.

The problem is, scientists often don’t know which insect will emerge as the next harmful invader.

Now, a team that includes faculty and students from the University of Georgia has developed a way to understand how nonnative insects might behave in their new environments. Drawing largely on the evolutionary history of insect-plant interactions, the team’s model, published this month in the journal Ecology and Evolution, could help foresters predict which insect invasions will be problematic, and help managers decide where to allocate resources to avoid widespread tree death.

“This is very important for our pine plantations here in the South, which are ecologically and economically important,” said Kamal Gandhi, a professor of forest entomology at the UGA Warnell School of Forestry and Natural Resources. “This study has major implications for regulations and management practices in the future.”

The new model can quickly evaluate whether a newcomer insect, even before it gets here, has a high probability of killing a population of North American trees. All that’s required to use the model is information about the insect’s feeding method (for example, wood, sap or leaves) and what trees it feeds on in its native range. The model then determines whether any North American trees are at risk of dying from it.

“This has the potential to profoundly change how we predict the impact of nonnative species and prioritize limited resources used to mitigate these impacts,” said Patrick Tobin, an associate professor in the University of Washington School of Environmental and Forest Sciences and a 1991 UGA graduate. Tobin and his team at the University of Washington led the study, which included scientists from eight universities and several government agencies.

The research team focused on nonnative insects typically found on North American conifers—trees such as pine, cedar, fir and spruce. After identifying nearly 60 varieties of insects that prey on conifers, they then built an exhaustive database of information about each one, including life-history traits and characteristics of the trees they attack. Six insects emerged as “high impact,” meaning they have killed large swaths of otherwise healthy native trees.

In the South, one such insect is the hemlock woolly adelgid, which has ravaged hemlock trees across 17 states from Georgia to Maine. Another, the red pine scale, has decimated forests throughout New England.

Gandhi said most native pine trees that grow across central and southern Georgia have few nonnative insect pests. But that’s not to say one might not exist in the future. And because the study was conducted on conifers, it allows forest scientists in the South to quickly apply and identify any potential pests in the future.

But what causes a select few nonnative insects to become the most destructive invaders?

“In the past, research has focused on aspects of the insects themselves,” said Angela Mech, a 2015 UGA graduate who completed this work as a postdoctoral researcher at the University of Washington. She studied under Gandhi as a doctoral student. “But we realized that wasn’t the case at all.”

Instead, said Mech, whether a nonnative insect takes hold and becomes destructive has more to do with the evolutionary history between the host tree and the insect’s native host tree from its home region. A key breakthrough for the team came from molecular tools that allowed scientists to construct comprehensive phylogenies, or maps, of how tree species evolved.

For example, if a pine tree in Asia and North America diverged tens of millions of years ago, the North American pine likely wouldn’t have retained defenses against an insect that only lives in Asia. At the same time, pine trees on both continents that diverged more recently and share more evolutionary history might share similar defenses.

The new model helps identify the evolutionary “perfect storm” for conifers, where the invasive insect still recognizes the new tree as a food source but the tree hasn’t retained adequate defenses to keep the invader in check.

“What we did in just two years is what could have taken one person their career to answer, but to have 15 people with insights and expertise sharing, that’s what really led to what we were able to achieve,” said Mech, who will continue this work as an assistant professor at the University of Maine.

The researchers are building a similar database and model for nonnative insects that utilize hardwood trees, such as maple, oak and ash. Both the conifer and hardwood tree databases will be publicly available for other scientists to use.

They are also partnering with the Davey Tree Expert Co. to develop a mobile app that a forester could use to determine potential insect threats if a species of tree is planted in a specific location.

This research was funded by the U.S. Geological Survey’s John Wesley Powell Center for Analysis and Synthesis, the Nebraska Cooperative Fish and Wildlife Research Unit, the University of Washington, U.S. Forest Service, National Science Foundation and the National Institute of Food and Agriculture.