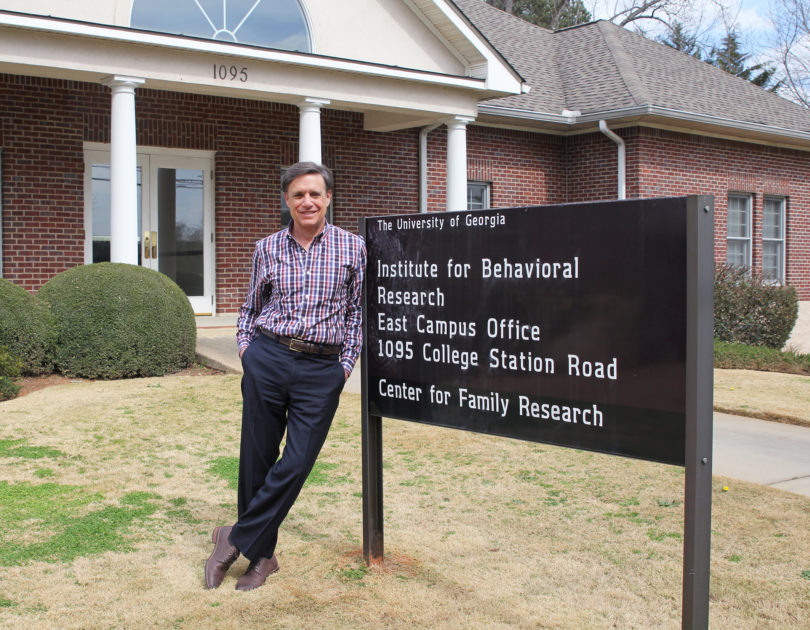 Athens, Ga. – A supportive family environment can help reduce the biological impact of racial discrimination on adolescent African-Americans, according to a new study by the University of Georgia’s Center for Family Research.

The study also demonstrated that African-American youths from less supportive families who experienced high levels of racial discrimination showed signs of greater epigenetic aging, an index of aging in cells and tissues.

“Living in a family environment that is emotionally supportive, predictable and organized can create a barrier between outside stressors, like racial discrimination, and the biology of young people,” said the study’s lead author Gene Brody, who is the director of the UGA Center for Family Research and housed in the College of Family and Consumer Sciences. “This study shows that families are able to ameliorate negative effects of being exposed to stress, like discrimination.”

Previous research has shown that African-Americans, compared with other racial groups, experience more age-related diseases earlier in life and with more severe consequences, and also have shorter life expectancies.

While cumulative stress has been shown to damage, or “weather” physiological systems, the study sought to measure exposure to racial discrimination across adolescence among African-American youths in rural Georgia and determine whether the adolescents’ family environments were able to offset these effects.

Researchers examined data from 616 adolescents in two separate longitudinal studies:
the Strong African-American Healthy Adult Project, or SHAPE, and the Adults in the Making project. Both studies followed the participants for more than five years.

Racial discrimination and supportive family environments were measured for three consecutive years when the participants were between 16 and 19 years old.

Participants in both studies also provided blood samples—at age 20 for the SHAPE cohort and at 22 for AIM—that researchers used to assess cellular aging.

In both studies, participants with lower family support who also experienced higher levels of discrimination showed faster epigenetic aging, meaning they were biologically older than would be expected given their chronological age.

For those from highly supportive family environments, no association between discrimination and epigenetic aging was detected.

“In this study we showed that those young people who across several years were exposed to high levels of racial discrimination, a pernicious stressor in the lives of these young people, showed no effect of it if they lived in families that were highly supportive and organized,” he said. “It’s remarkable we can demonstrate that protective, supportive parenting that youths receive is evident at the levels of cells and tissues.”

Future studies will seek a better understanding of the mechanisms responsible for the protective capacities of a supportive family environment, Brody said, focusing on the regulation of negative emotions.

Researchers at the Center for Family Research hope to use these findings to design prevention programs that help families raise children who are healthy psychologically and biologically, he said.

One already in existence is the Strong African-American Families project, a seven-week family-based program designed to help 11- and 12-year-olds make positive choices. The prevention program, created by the Center for Family Research, has been adopted by communities across the U.S.

“We’re going to continue to study what consequences biological aging has on both the physical and mental health of young people,” Brody said. “We’re going to find out what keeps stressors in kids’ lives from getting under their skin and then plan to develop prevention programs that feature these protective factors. This strategy has worked well in the prevention programs we have developed to date.”