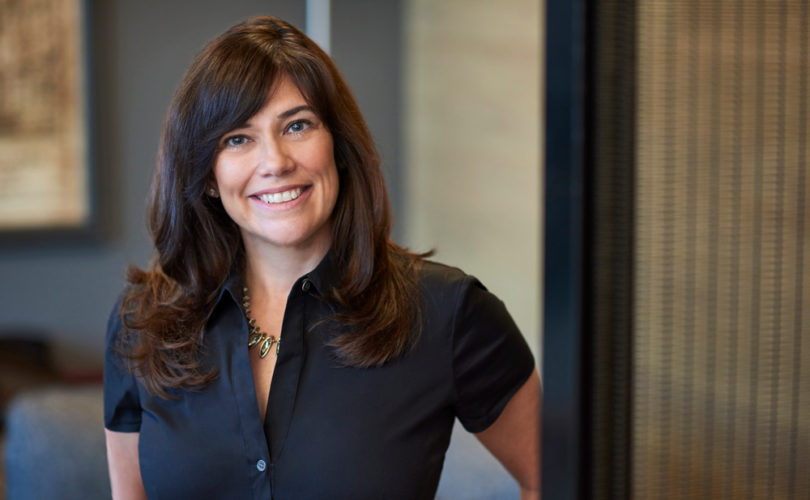 Suzy Deering BSFCS '92 is the chief marketing officer for eBay, her latest step in an increasingly accomplished career. (Photo/Special)

Suzy Deering BSFCS ’92 is used to balancing her attention among varying and sometimes conflicting responsibilities. The chief marketing officer for eBay, Deering oversees all aspects of marketing for North America for the multifaceted e-commerce brand. She has to understand the needs of eBay customers (buyers and sellers), coordinate ads, and work with the Global Brand Strategy and Insights team. Fortunately, she leads a strong team.

“You can’t do this job if you don’t have the ability to look for diversity in thinking and allow more time and space to allow your team to move projects and initiatives forward but, at the same time, balance that by educating. The team educates me all the time, which I love,” she says.

Deering has forged an accomplished marketing career. She’s the former CEO of Moxie, a marketing and advertising agency headquartered in Atlanta, and was previously a senior leader at Verizon. She credits the foundation of her success to her time at UGA.

“UGA provides an incredible opportunity to really satisfy the whole person and not just a portion of it,” she says. “It teaches you passion and it teaches you the value of relationships, as well as academic discipline.”

While Deering received her degree from the College of Family and Consumer Sciences, her love of the advertising field cultivated deep ties with the Grady School of Journalism and Mass Communication during her time at UGA and after graduation. One such connection was with Karen King, the Jim Kennedy New Media Professor of Advertising. When Deering took King’s campaigns class in her final year, it confirmed that she had made the right choice to go into the advertising industry.

“I had such incredible respect for Dr. King on two levels. One, just from an educational standpoint because she taught in an easy way to apply what you were learning,” Deering says. “The second, personally, she’s just been a huge impact for me. It’s almost like having a personal cheerleader because she’s so incredibly encouraging and a great role model.”

In 2017, Grady recognized Deering’s contribution to the marketing and advertising fields by naming her a 2017 Grady Fellow. Grady Fellowships honor UGA alumni whose impact on their fields and industries have had a positive impact on the college.