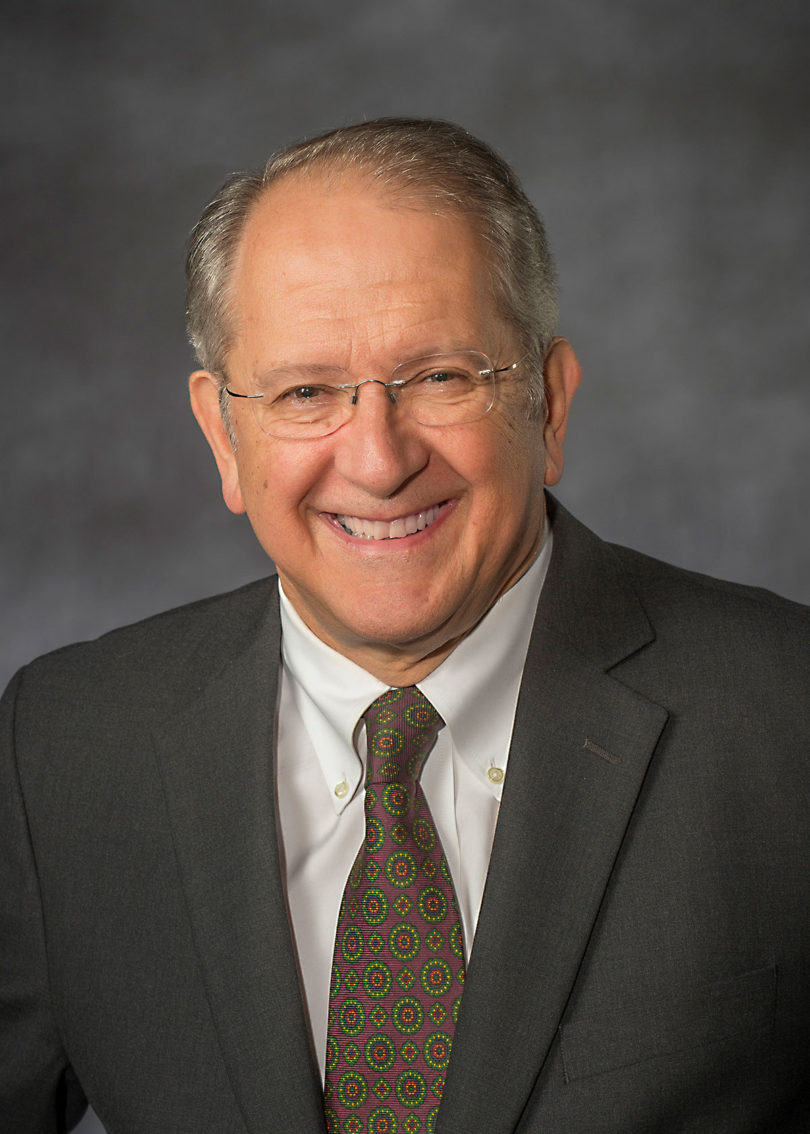 The last 25 years have brought new technologies that have led to leaps in scientific advancement and opportunities for research collaboration. But with them have come added risks, as well as expectations for maintaining the public’s trust through responsible conduct of research and scholarship.

As part of an ongoing effort to enhance the responsible conduct of research at UGA, the Graduate School and the Office of Research recently hosted a two-day symposium and workshop with Frank Macrina, vice president for research and innovation at Virginia Commonwealth University.

“It is vitally important that we ensure the integrity of our research and scholarship,” said Vice President for Research David Lee. “It is the foundation of the trust and confidence that we want the public and decision-makers to have in our work.”

Macrina is a nationally recognized expert in the responsible conduct of research, or RCR, and he has taught scientific integrity to graduate and postgraduate trainees at VCU for more than 25 years. He is also the author of the highly regarded textbook Scientific Integrity, published by the American Society for Microbiology.

“Frank’s visit to UGA and his important message mark the beginning of a new initiative to invigorate the culture that is the foundation for the integrity of our research and other scholarly activities,” said Christopher King, associate vice president for research and director of the Office of Research Compliance.

In his public lecture, Macrina touched on a number of changes that affect how scientists and scholars conduct their research, how they relay their findings to the public and how they prepare the next generation of researchers and scholars.

The responsible conduct of research movement began in earnest during the 1970s following a series of high-profile cases of scientific misconduct, Macrina said. These cases caught the attention of the public, Congress and the scientific community, and there were a number of public hearings in the 1980s focused on cases of misconduct.

“By the beginning of the 1990s there were mandates put in place; there were federal requirements that said we had to train our future scientists who were being supported by taxpayer dollars to learn about the concepts of responsible conduct of research and to do research ethically,” Macrina said.

Following this period of intense scrutiny, journals began to develop policies describing the credit and responsibilities of authors, including the assurance that all authors made significant contributions and that they may be held accountable for the integrity of the work.

“This is unprecedented accountability in authorship that really wasn’t with us in the ’80s and even in the beginning of the 1990s,” Macrina said.

He also pointed to the development of online and open access journals as a major transformation in the communication of scientific findings. He noted that, since 2007, the National Institutes of Health has mandated that all research findings supported in part by the NIH must enter an open access journal within 12 months of the original publication.

Other federal research sponsors have or are developing similar platforms to push papers into open access journals that can be read by scientists and the public. These mandates extend beyond the sciences to work supported by such agencies as the Department of Transportation and the Department of Education.

Macrina also discussed the increasing adoption of pre- and post-publication review. In the former, other experts in the field are allowed to comment and help improve the paper before it moves to a more formal review process.

“Pre-publication review is becoming part of the culture of responsible research,” Macrina said. “I think it’s probably a matter of just a few years before all journals do that.”

Ultimately, Macrina said that researchers and scholars need to adapt to new and emerging standards to make sure that they continue to earn and maintain the public trust by producing the best research possible.