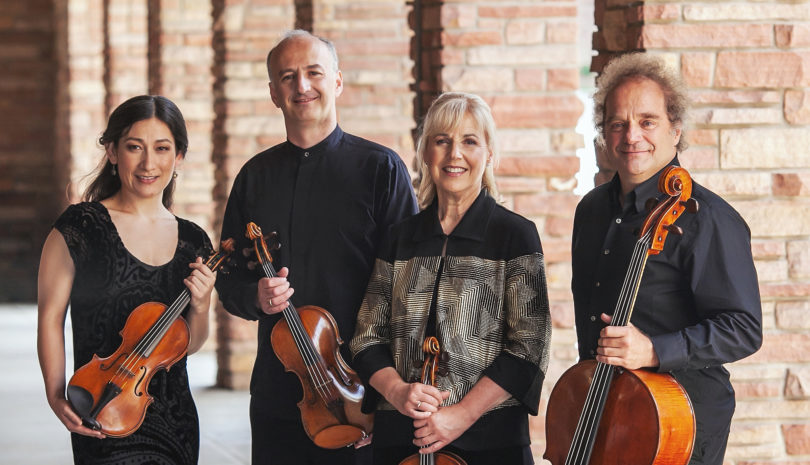 The Takács Quartet will take the stage for the annual Payne Memorial Concert on Oct. 22.

Named for William Jackson Payne, the former dean of Franklin College who founded the chamber music series, the Payne Memorial Concert is free and no tickets are required. The program will begin at 7:30 p.m. in Hodgson Concert Hall and will include works by Mozart, Bartók and Beethoven.

The Takács Quartet was formed in 1975 at the Franz Liszt Academy in Budapest by Gabor Takács-Nagy, Károly Schranz, Gabor Ormai and András Fejér, while all four were students. The quartet received international attention in 1977, winning first prize and the Critics’ Prize at the International String Quartet Competition in Evian, France.

The quartet is now based in Boulder at the University of Colorado. Its current members, Edward Dusinberre, Harumi Rhodes (violins), Geraldine Walther (viola) and András Fejér (cello), perform 80 concerts a year worldwide, including annual concerts as associate artists at London’s Wigmore Hall.

The Athens concert will be recorded for broadcast on American Public Media’s Performance Today, the most popular classical music program in the United States.

A pre-performance talk will be given by Patrick Castillo from the Chamber Music Society of Lincoln Center. The talk will begin at 6:45 p.m. in Ramsey Concert Hall.

For more information, contact the Performing Arts Center at 706-542-4400 or online at pac.uga.edu.