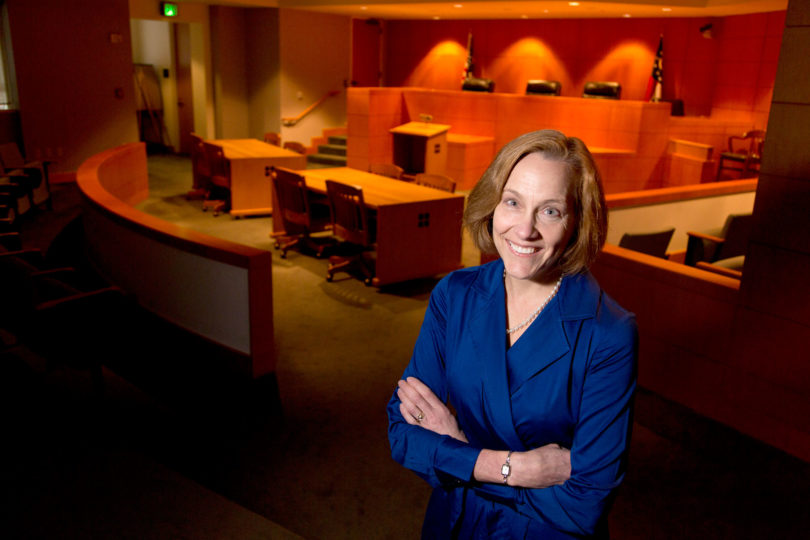 Diane Marie Amann is the recipient of an honorary doctorate from the Netherlands' Universiteit Utrecht (where she was the first U.S. woman to receive this degree since Eleanor Roosevelt).

Early in her legal career, Diane Marie Amann was an assistant federal public defender in San Francisco. There she found a significant portion of her work involved transnational matters-defendants who were born in other countries, for instance, or cases that involved federal crimes alleged to have been committed in more than one country. Now Amann is a respected international law scholar, whom International Criminal Court Prosecutor Fatou Bensouda has just appointed as her special adviser on children in and affected by armed conflict.

While the technological revolution that we are experiencing is ever bringing the world closer to home, international law is nothing new, said Amann.

“(It’s been) a huge component of the legal system for a long time, with the first treaties dating back thousands of years,” she said. “For as long as countries have been trading with each other, or going to war against each other, there have been agreements or treaties.

“In the 1990s, international research on treaties, for example, had to be conducted by looking through musty books in the basement of libraries,” she also said. “Now, with the Internet, all of this is easily accessible.”

Litigators can readily access this information to use in legal arguments, reporters can refer to the data to ask questions and nongovernmental organizations can invoke various treaties and agreements in their efforts to hold violators of international norms accountable.

For instance, there are said to be hundreds of thousands of child soldiers throughout the world. Many more children are affected by armed conflict: They may suffer injuries, lose their homes and loved ones or be prevented from attending school. In her newly created one-year post as special adviser on issues related to children, Amann will work with the International Criminal Court prosecutor, who conducts and pursues cases against individuals accused of war crimes, genocide and crimes against humanity. As the special adviser, Amann will “research how children have been affected by armed conflict and what society has done, and has failed to do.”

Amann, who has specialized in international criminal law throughout her teaching career, said she looks forward to involving her students in her research.

“Law has a constant need to adapt to society as it changes,” said Amann, who was a law clerk to U.S. Supreme Court Justice John Paul Stevens. “As more people are taking into account global issues and activities and more people are traveling and conducting business around the world, our judges and lawyers have to be more knowledgeable about international issues.

“It has become an issue of not whether members of the legal profession need to adjust, but how,” she added.