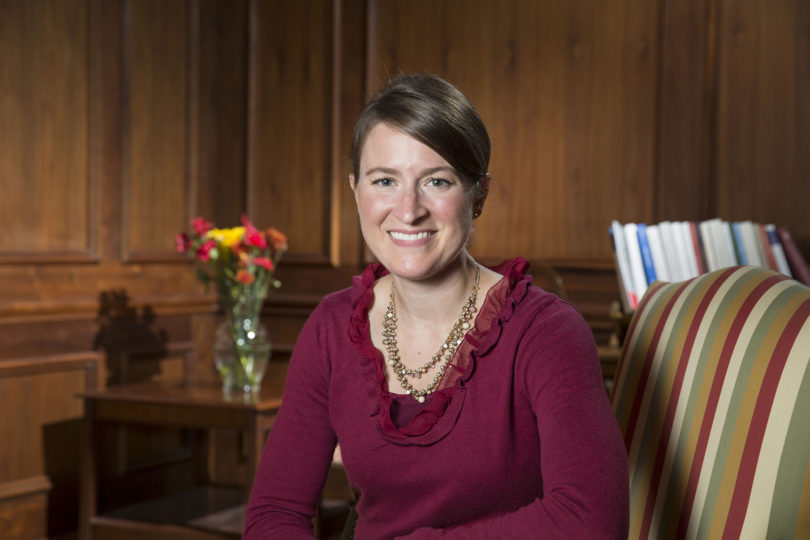 Learning a second language can be a daunting task, but for Elizabeth Chamblee Burch, an associate professor in the School of Law, sharing the language of law with her students is exciting.

“One of the things I tell my first-year civil procedure students on the first day of class is, ‘You intuitively know something about a lot of the areas of the law. If you have a brother or sister, you know about torts and battery. And you know about property and contracts if you’ve ever signed a lease for an apartment,’ ” she said. “But civil procedure is an insider’s law; it’s almost like learning a new language. That’s what makes it exciting, but that’s also what makes it really difficult.”

Burch, who teaches complex litigation, mass torts and a two-semester civil procedure class in the law school, educates her students on some of the more intricate topics in the legal world.

“I hope to show them that the rules of procedure can be used strategically, to teach them how to deploy the rules in a way that helps their clients and to understand the rules’ impact on substantive policies and clients’ rights and remedies,” she said.

Teaching means that Burch has the opportunity to share her expertise and knowledge with her students, while also furthering her own research, which centers on complex litigation.

“There’s a strong nexus for me because I teach in the area in which I write,” she said. “My complex litigation class, for example, uses a casebook I co-authored. Just preparing for class using current events such as the GM ignition switch litigation or the Toyota acceleration recalls and having the opportunity to talk through the judicial system’s handling of those problems with my students gives me new ideas for scholarship.”

Burch first had an interest in the legal field after she spent a year overseas working with the Mediation Network for Northern Ireland.

The group “mediates some of the disputes between Protestants and Catholics, and it gave me a chance to see how law can actually influence behavior and influence daily life,” she said. “I decided to go to law school from there.”

While in law school, Burch became interested in complex litigation and civil procedure.

“When I started writing about those topics in law school, I found them fascinating-and continue to do so,” she said.

After graduating from law school, Burch moved into practice and then decided to test the waters of academia, first taking a position at the Cumberland School of Law at Samford University, then as an assistant professor at the Florida State University College of Law.

Burch received her first offer to teach shortly after dipping her toe in the academic pool, and it was an offer she didn’t expect to come so quickly.

“Being a professor was not something I thought would be an option for me, but I was lucky enough to get a job teaching (at Cumberland),” she said. “They were very receptive, and I was very fortunate.”

At UGA since 2011, Burch praised the “great faculty” she works with in the law school. She also has found teaching to be an enjoyable and fulfilling experience.

“What’s not to enjoy about it?” she said. “My job now lets me do all the things I loved about practice all of the time. Plus it allows me to teach and (share) the excitement of all the first-year law students.”