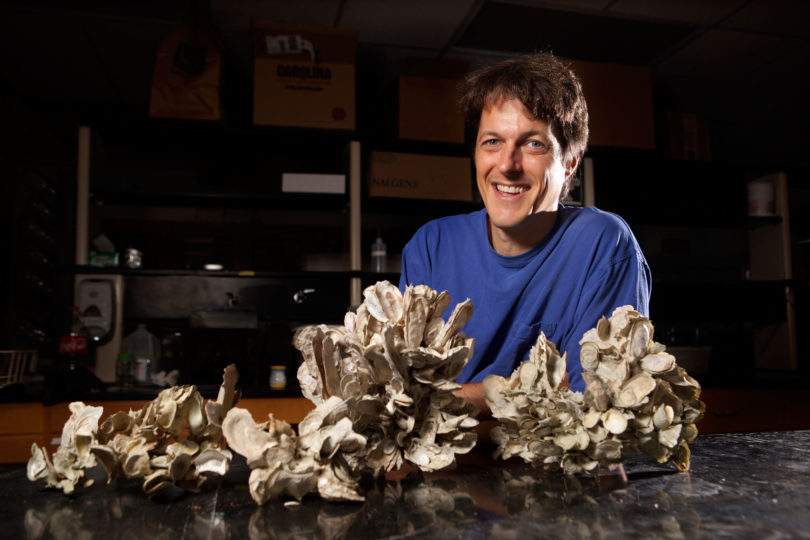 Three faculty members have been named recipients of the Richard B. Russell Awards for Excellence in Undergraduate Teaching.

The announcement was made by Provost Jere Morehead, whose office administers the awards program. The Russell Awards recognize excellence in undergraduate instruction by faculty members in their early academic careers. Three awards are made each year, with each awardee receiving $5,000 from the Richard B. Russell Foundation.

“These three faculty members have received awards from their schools and colleges for their ­innovative teaching and ability to connect with and engage students,” Morehead said. “We are pleased to now recognize their contributions at the institutional level.”

Byers joined the UGA faculty in 2008 and currently teaches undergraduate courses in ecology and “Ecosystems of the World” (an Honors course he co-developed), as well as a cross-disciplinary graduate seminar in “Population and Community Ecology.” He taught a First-Year Odyssey course on invasive species in the fall and this summer will teach a Maymester course in experimental marine biology at UGA’s Marine Institute on Sapelo Island. He also has supervised undergraduates in directed research and helped several publish their work in top scientific journals.

Goetz came to UGA in 2006 and since 2009 has served as the director of the Family Financial Planning program, developing undergraduate and graduate programs in that field. Graduates of the program meet a critical national need for qualified professionals who adhere to a high ethical ­standard in the expanding profession of personal and family financial planning. He co-founded the ASPIRE Clinic and collaborated with various community agencies to create experiential learning opportunities for students to provide financial planning education and counseling to financially vulnerable individuals and families.

The Russell Awards, named for the long-serving senator from Georgia, were established by the Russell Foundation and first presented in 1991.