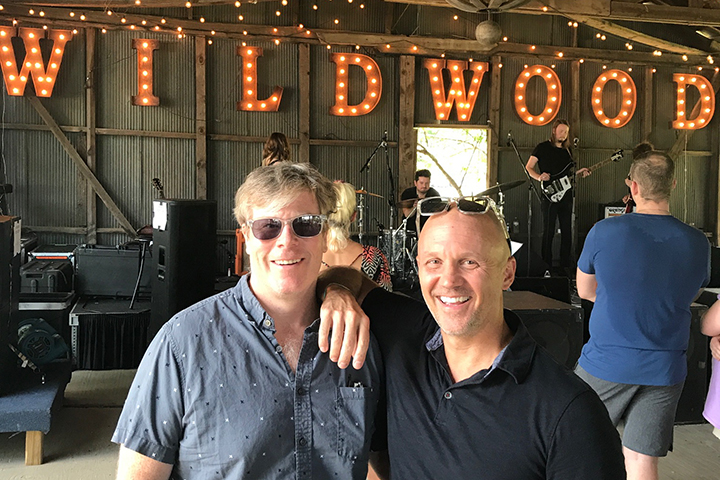 Nelson Wells has been promoting musical releases and musicians in Athens and beyond since 1997. When the pandemic hit, it threatened to shut his business down.

Wells sought assistance though the federal Coronavirus Aid, Relief, and Economic Security Act, which offered Payroll Protection Plan loans to small businesses. He got nowhere with the larger banks he approached.

That’s when he reached out to the University of Georgia Small Business Development Center for help.

“The process of actually getting the loan at first was frustrating to say the least,” said Wells, who co-founded Team Clermont with partner Bill Benson. “We tried our corporate banks for the first round and then again for the second round of the PPP loan with no luck.”

Laura Katz, a consultant with the Athens UGA SBDC office, recommended Nelson reach out to a community bank.

“Sometimes if you go to a local community bank it’s a little bit easier than going to a large national or regional bank,” Katz said.

“People stopped spending money, froze their activities and events, and we were hit hard.”
— Nelson Wells

Wells applied for the PPP loan with First American Bank & Trust and was awarded over $30,000. The money helped Team Clermont cover expenses like payroll, utilities and rent for 10 weeks, giving the business time to get its feet back on the ground.

“We would’ve had a very difficult time without it,” Wells said. “I honestly don’t know what we would’ve done.”

Team Clermont is a small operation with a large footprint in the indie music scene. The company has had more than 2,000 clients and promotes their music through about 3,500 media outlets and several hundred public and college radio stations worldwide.

When the pandemic hit the U.S., states started shutting down, and large public gatherings were no longer allowed. This effectively halted all concerts and tours throughout the country. Music venues closed and made the promotional work of PR firms, like Team Clermont, temporarily unnecessary.

“People stopped spending money, froze their activities and events, and we were hit hard,” Wells said.

Katz not only helped Wells get a loan, but introduced him to other ways he could keep his business moving forward.

“I looked over their website and we talked about strategies for reaching out to clients to get back in front of them again with a new offer,” Katz said. “We went over their Google analytics, discussed some media marketing strategies, and started working on a content calendar for their social media to build brand awareness.”

Looking to the future, Wells plans to continue working with the UGA SBDC to develop growth strategies for Team Clermont as the music industry shifts and changes.

“I was familiar with the SBDC, but never really realized that they were a resource I could use or that I might need something that they offered,” he said. “Laura is a priceless resource herself as are the resources of the SBDC. So, I’m glad we got connected when we did.”