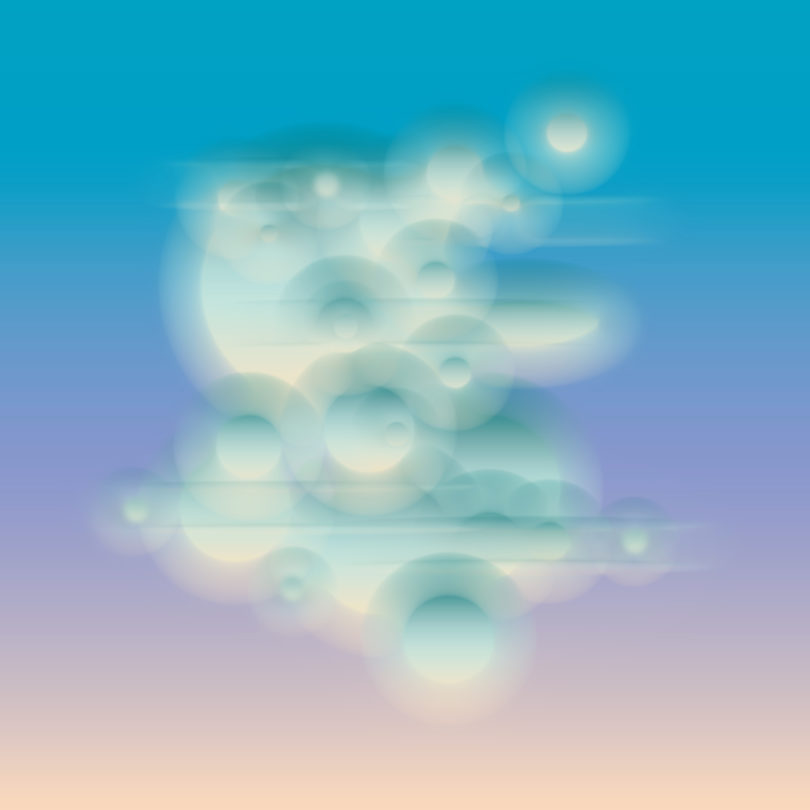 Ted Kincaid’s “Cloud 101516” is part of the exhibition “Even if I Lose Everything,” on view at the Georgia Museum of Art at the University of Georgia from Nov. 17 to Jan. 13.

The exhibition “Even if I Lose Everything” by Ted Kincaid will be on view at the Georgia Museum of Art at the University of Georgia from Nov.17 to Jan. 13.

As an undergraduate student, Ted Kincaid disabled the light meter on his Polaroid camera. A longer shutter speed let him capture time in motion instead of static images. Kincaid has since focused his artistic practice on the exploration and exploitation of photography’s tug-of-war between reality and artistic truth. He uses digital media both to create manufactured “photographs” and to deconstruct and radically reorder segments of photograph into pure color and form. This second process forges the focus of Kincaid’s first solo museum exhibition.

“Even if I Lose Everything” features a series of abstracted skyscapes. Kincaid digitally dissects photographs (both his own and those by other artists) of skies, using their colors, forms and shapes to reinterpret and reconstruct reality. The name of the exhibition stems from Kincaid’s thought that “memory, as time progresses, tends to, bit by bit, be replaced by memories of the memory, rather than fact. At some point, many of our memories become entirely a new construct.” The result is a placid but potent meditation on the subjectivity of memory. 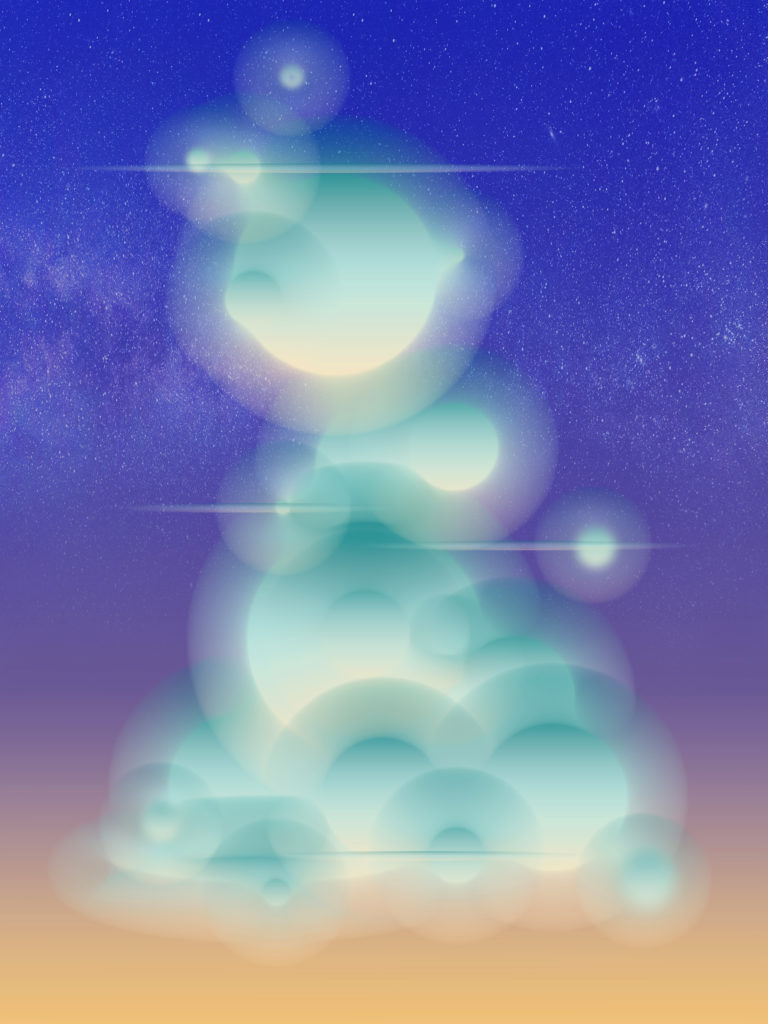 Ted Kincaid’s “Thunderhead 81418” is part of the exhibition “Even if I Lose Everything,” a series of abstracted skyscapes.

The fact that Kincaid’s exhibition links inner worlds to skies and clouds is no anomaly. Romantic painters’ ideal of the sublime merged fantasy and reality in the 19th century. Although these artists often painted landscapes or figures rooted in physical existence, they depicted their subject matter through the lens of personal experience. Within their works, clouds evoked ideas of divinity, emotion and transcendental experience.

Georgia Museum of Art director and curator of the exhibition William U. Eiland sees this effect at the core of Kincaid’s work. “In Ted Kincaid’s studies of clouds we find intense interest not only in various scientific phenomena associated with them but also in a novel and technically challenging means by which to present them,” Eiland said. “I believe his inspiration in these glorious images of clouds lies in the words of Keats, Shelley, Wilde and Blake: they are equally as poetic.” Kincaid states that he sees his work as continuing the romantic tradition through subject matter and execution. He strives to unite digital photography and painting into a single, modern entity: “Neo-Romanticism, if you will.”

Kincaid said that, even though his aesthetics may shift across projects, the core idea is the same. This unique vision has earned him recognition in his home state of Texas and across the U.S. He has been reviewed in Artforum, Artpaper and Art on Paper, and his work is included in the permanent collections of the Dallas Museum of Art, the Museum of Fine Arts Houston, the Museum of Fine Arts in San Antonio and the U.S. State Department and the Human Rights Campaign Headquarters in Washington, D.C. One of his large cyanotypes—a type of photographic image producing a white image on a cyan-blue background—is also on view at the Georgia Museum of Art, in its Barbara and Sanford Orkin Gallery.