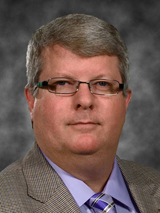 Athens, Ga. – One of the nation’s leading infectious disease researchers is joining the University of Georgia as its newest Georgia Research Alliance Eminent Scholar.

Ted M. Ross, who is currently director of the vaccines and viral immunity program at the Vaccine and Gene Therapy Institute of Florida, will join the faculty of the College of Veterinary Medicine on Aug. 17 as the GRA Eminent Scholar in Infectious Diseases.

“Dr. Ross has an outstanding record of success in translating his pioneering research into promising new vaccine candidates,” said UGA President Jere W. Morehead. “His expertise complements the University of Georgia’s growing research enterprise in infectious disease and will strengthen the university’s ties to vaccine researchers at other institutions and with Georgia’s economically important life sciences industry.”

Ross’ research focuses on designing, developing and testing vaccines for viral diseases such as influenza, dengue, respiratory syncytial virus, chikungunya virus, Ebola and HIV/AIDS. The work he began while a faculty member at the University of Pittsburgh to create a universal vaccine to protect against all strains of seasonal and pandemic influenza has resulted in a new vaccine platform. In 2012, an agreement was signed between Sanofi Pasteur and the University of Pittsburgh for continued development and commercialization of influenza vaccines based upon this platform.

Ross is conducting his research with nearly $18 million in external funding from a variety of federal agencies, foundations and corporate sponsors. Over the course of his nearly 20 year career, he has garnered more than $33 million in research funding from the National Institutes of Health, National Science Foundation, Department of Defense and PATH Vaccine Solutions/Bill and Melinda Gates Foundation, among others.

The Georgia Research Alliance has partnered with Georgia’s research universities to recruit world-class scientists who foster science- and technology-based economic development since 1990. The GRA also invests in technology for research labs, helps commercialize university-based inventions and facilitates collaboration among universities, business and government. Ross will be the 15th active GRA Eminent Scholar at UGA.

“We are pleased to welcome Dr. Ross to the GRA Academy of Eminent Scholars,” said Michael Cassidy, president and CEO of the Georgia Research Alliance. “Over the past 25 years, GRA and the research universities have built a world-class vaccine research and development enterprise. The addition of Dr. Ross will strengthen Georgia’s national and international standing in groundbreaking vaccine development.”

Ross has published more than 100 papers and book chapters on infectious disease and vaccine development. In addition, he has been an invited speaker at more than 100 national and international conferences and participates in several vaccine working groups, including at the NIH, Centers for Disease Control and Prevention and World Health Organization. He holds nine patents and is editor of the International Journal of Virology, regional editor of Biotechnology and executive guest editor of Current Pharmaceutical Design. He previously served as editor in chief of the journal Current HIV Research. In addition, he has been an ad-hoc reviewer on 17 NIH study sections and a reviewer for 14 different journals.

“In addition to developing economically important and potentially life-saving vaccines, Dr. Ross will provide our students with unparalleled instruction and mentorship,” said Pamela Whitten, senior vice president for academic affairs and provost. “He is an important addition to a world-class faculty.”

Ross is a member of the scientific research society Sigma Xi and a Fellow of the International Society for Vaccines, where he serves as treasurer and executive board member, and as chair of the Vaccine and ISV Annual Global Congress. He earned his bachelor’s degree in biology and a master’s degree in microbiology from the University of Arkansas. He holds a doctorate in microbiology and immunology from Vanderbilt University, where he received the inaugural Sidney P. Colowick Outstanding Graduate Award.

“I am looking forward to joining the research faculty at the University of Georgia to develop cutting-edge, life-saving vaccines,” Ross said. “We expect to build a critical mass of scientists centered on immunology and vaccines for infectious diseases. Working together with biomedical and infectious disease researchers at UGA and the other leading institutions in the state of Georgia, we will work towards a world-class research community focused on developing the next generation of novel vaccines and immunotherapeutics.”