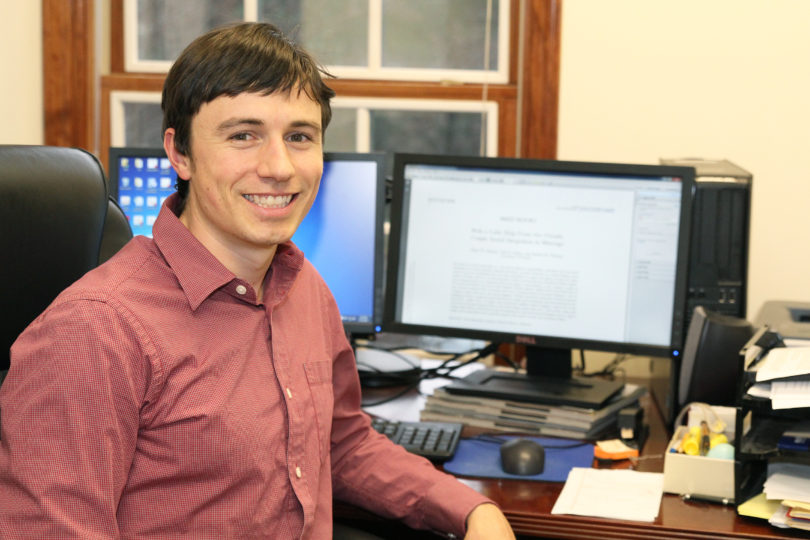 Allen Barton, who is lead author on the research, is an assistant research scientist at UGA's College of Family and Consumer Sciences.

Establishing consistent routines at home for your teen may generate pushback, but it could also set him or her up for future success.

Researchers at the University of Georgia found teens with more family routines during adolescence had higher rates of college enrollment and were less likely to use alcohol in young adulthood, among other positive outcomes.

The findings were published recently in the Journal of Adolescent Health.

“If we’re going to make a difference in our lives and in our family members’ lives, we have to make a difference in the everyday,” said lead author Allen Barton, an assistant research scientist at the Center for Family Research and the UGA College of Family and Consumer Sciences. “Routines play an important role in making that happen.”

Researchers analyzed data collected from more than 500 rural African American teens beginning when they were 16 and continuing until they were 21.

Researchers also analyzed biological samples from the teens and found that those with more family routines during adolescence showed lower levels of epinephrine, a stress hormone.

The benefits of family routines generally persisted even after the researchers took other factors into account such as levels of supportive parenting, household chaos and socioeconomic status.

Routine, consistency and predictability, the research suggested, are powerful influences on a teen’s life.

“We often lose sight of the mundane aspects of life, but if we can get control of the mundane or the everyday parts of life, then I think we can have a major impact on some bigger things,” Barton said. “These findings highlight how you structure your teen’s home environment really matters.”

The research has important implications for family-centered interventions, Barton said, including focusing more attention on increasing predictability and positive routines at home.

“The big takeaway is to help your child navigate the teen years, make their lives predictable,” Barton said. “There has been a lot of research about the importance of routines for healthy development with young kids. These results are some of the first to show that even with teens, it appears routines are similarly powerful.”

The paper, “The profundity of the everyday: Family routines in adolescence predict development in young adulthood,” is available at sciencedirect.com.

Additional authors are Gene H. Brody, Tianyi Yu, Steven M. Kogan and Katherine B. Ehrlich from the University of Georgia and Edith Chen from Northwestern University.