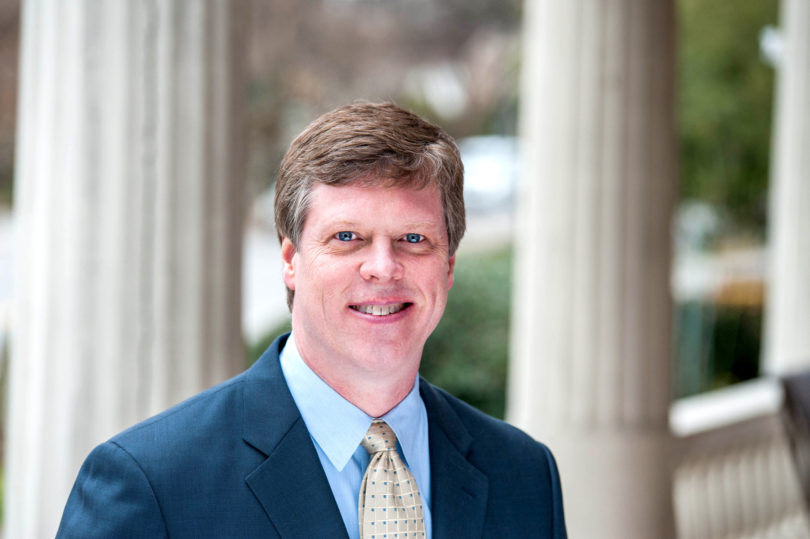 Jeffrey P. Jones, a television scholar and author, will become director of the George Foster Peabody Awards in July, succeeding Horace Newcomb, who is retiring after heading the program for 12 years.

“The Peabody Awards are such a distinctive award in American broadcasting and electronic media,” Jones said. “They are a beacon not of consumer taste, culture or even artistic craftsmanship, but of civic value and community contributions. The Peabodys celebrate the narratives that shape our common humanity. It is an honor and a privilege to join the University of Georgia and the Peabody Awards program in continuing this historical legacy of recognizing the best that electronic media have to offer us as national and global citizens.”

Currently an associate professor at Old Dominion University and director of its Institute of Humanities, Jones is the author of Entertaining Politics: Satiric ­Television and Political Engagement, which examines political entertainment shows such as The Colbert Report. He also is an editor of The Essential HBO Reader and Satire TV: Politics and Comedy in the Post-Network Era. A native of Auburn, Ala., he holds bachelor’s and master’s degrees in political science from Auburn University and a doctorate in radio-television-film from the University of Texas at Austin.

“The Peabody Awards are a shining example of what the University of Georgia has to offer in our broadcast programs, and we are pleased to add Dr. Jones to the impressive list of those who have led this historic program,” said UGA President Michael F. Adams. “I look forward to having his broadcast knowledge, especially in politics, popular culture and electronic media, on the UGA campus. His addition to our faculty will benefit not only the Peabody Awards, but our faculty and students as well. We wish Horace all the best in his future endeavors and thank him for his loyal service to UGA.”

“Dr. Jones will lead one of the University of Georgia’s most-widely recognized programs, one which continues to evolve with the changing media landscape,” said Provost Jere Morehead. “He will undoubtedly build upon the rich tradition of excellence that defines the Peabody Awards.”

Jones is the author of numerous journal articles and book chapters that investigate the interactions between popular culture and politics. His most recent work includes book chapters examining network talk shows in the digital era, the role of pop culture in the 2012 presidential election and the challenges to journalism presented by the Colbert-coined concept of “truthiness.” His next book will be Television and Politics in the Digital Age: Performing American Public Life.

“Director of the Peabody Awards is one of the most high profile positions at the University of Georgia,” said Culpepper Clark, dean of the Grady College of Journalism and Mass Communication. “Jeff Jones is an ideal successor to Horace Newcomb, who over the past 12 years elevated and defined its 21st-century role.”

Jones will be only the fifth Peabody director in the history of the awards, the oldest in broadcasting and considered among the most prestigious and selective prizes in electronic media.