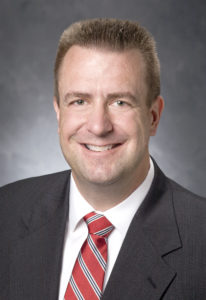 Timothy Quigley, an associate professor of management in the Terry College of Business, was quoted in Bloomberg about data that determined the majority of chief executive officers are not recession-tested.

Bloomberg approximated the length of leadership for regional equity markets by tallying up the number of years CEOs of benchmark index members have been in the role, and even the longest-serving CEOs from Greece, Hong Kong and Thailand have yet to reach 10 years. CEOs differ between regions, countries and industries, including the cultural norms about when someone can become a CEO.

“In the U.S., it was once the norm that you had to be mid-to-late 50s before coming CEO,” said Quigley, who researches managerial discretion or the influence of CEOs and top managers on organizational outcomes.

Today, the norm has shifted with a person becoming a CEO in his late 30s or early 40s.

“Similarly, it used to be that lots of companies had mandatory retirement ages,” he added, which also changes how old the CEO is and how long he stays in that position.