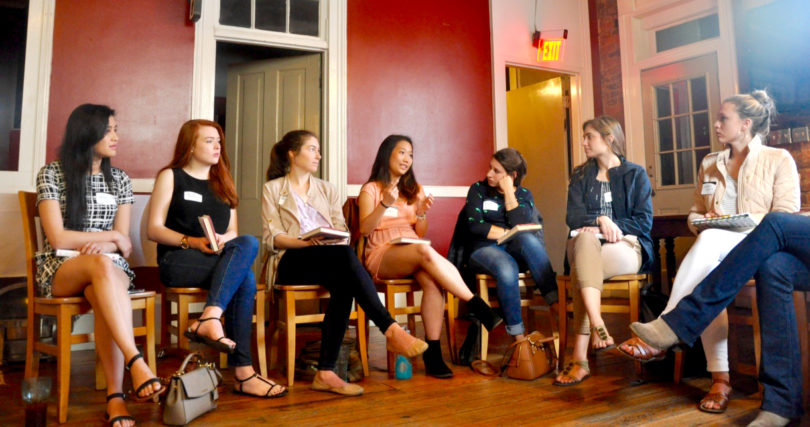 Athens, Ga. – A women’s initiative for students in the University of Georgia Terry College of Business was commended as an “innovation that inspires” by AACSB International, the largest business education network and accrediting organization in the world.

AACSB’s Innovations That Inspire showcased 35 ways that business schools globally are empowering future business leaders and challenging the status quo to address societal needs. The objective of the Terry College’s women’s initiative, established two years ago, is to support the recruitment, retention and advancement of students in the business school by providing a range of resources and experiences that inspire confidence and advance their academic and professional goals.

AACSB International honored its second annual class of innovators at its 2017 Deans Conference on Feb. 6. A total of 315 submissions from 33 countries were under consideration.

“With great pleasure, I am thrilled to recognize the Terry College of Business for its role in driving innovation in business education and fostering positive change in the areas of diversity and global economic prosperity,” said Tom R. Robinson, president and chief executive officer of AACSB International.

“The Terry Women’s Initiative was created to inform our students and empower them to realize their incredible potential,” said Terry College Dean Benjamin C. Ayers. “This initiative represents a key part of our broader efforts to prepare students for success and for service as leaders in their businesses and communities.”

The women’s initiative relies on the involvement of fellow students, alumni, faculty, staff and recruiters who assist students by identifying their best-fit major, arranging corporate site visits, finding internships, mentoring to build confidence, and succeeding academically. The initiative is funded by a donation from Terry College alumna Betsy Camp.

“The women’s initiative has influenced hundreds of students since its launch, and we continue to look at new ways to better serve students,” said Marisa Pagnattaro, Terry’s associate dean for research and graduate programs. “Thanks to the hard work of our undergraduate student services team and dedicated alumni, we have organized our first daylong student conference to help them prepare for the transition from college student to young professional, and we are planning a spring retreat for a select group of juniors and seniors to focus on ways to reach their potential.”

The AACSB recognition underscores the important role that innovation plays in achieving the association’s industry-wide vision for business education that the AACSB unveiled in 2016.

“We are honored to highlight the Terry College’s innovation as a pioneer in the business education landscape and use them as an example for how AACSB’s schools are facilitators for innovation and leadership,” Robinson said.

“The Terry Women’s Initiative is an exemplar of student-focused and outcomes-oriented programming at the University of Georgia,” Whitten said. “I am delighted that it is now receiving national and international attention, as well.”