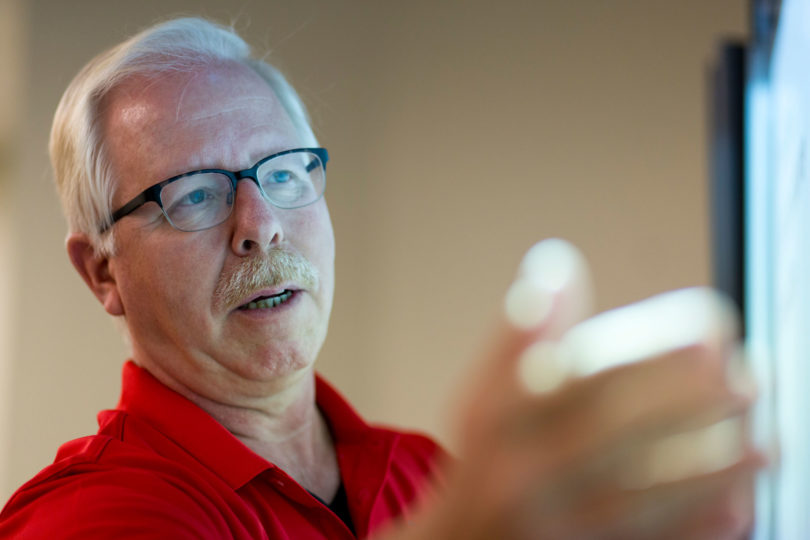 Many patients who see physicians for sinus infections expect to be prescribed an antibiotic. But for the majority of them, that course of treatment won’t be effective because their infections aren’t caused by bacteria. Unfortunately, there aren’t great tools to determine which patients will or won’t benefit from antibiotics, but UGA’s Dr. Mark Ebell is determined to change that.

Ebell, a professor of epidemiology in the College of Public Health, led a team of researchers in analyzing 30 studies of outpatients with respiratory tract infections to see which diagnostic criteria, if any, were most accurate for diagnosing sinus infection.

The findings weren’t encouraging, he said. The biggest issue was with the studies’ reference standards, which are ideally perfectly accurate in identifying sinusitis and are used to gauge other tests’ accuracy. Currently, the best reference standard is called antral lavage, a procedure that involves using a needle to puncture the sinus cavity located under the eye next to the nose. If there is fluid in this cavity, the physician draws it out and can culture it to see if bacteria are present, enabling the doctor to definitively determine whether the patient has a sinus infection.

Understandably, many patients aren’t keen on having a needle pierce their faces, Ebell said.

“It’s always been a challenge with sinusitis research that the best reference standard is often impractical, and you end up doing studies that use a tarnished gold standard, as we call it,” he said.

These tarnished standards include the use of X-rays and CT scans that do detect fluid fairly accurately but can’t confirm that the fluid is indicative of a sinus infection and also can’t differentiate between bacterial and viral sinusitis. Only the former responds to antibiotics.

“I think people have the idea that tests are more accurate than they actually are in general,” Ebell said. “Sometimes what we learn through studies like ours is that tests we’ve always thought about using or thought were accurate turn out to not be so helpful, and we need different or better tests to guide us.”

The studies he analyzed did offer some promising alternatives for detecting sinus infections, such as the use of the C-reactive protein, or CRP, test that measures protein levels in the blood and indicates an infection when those levels are high.

“The use of C-reactive protein is promising as a point-of-care test to reduce the overuse of antibiotics,” Ebell said. “There’ve been several studies in Europe showing that in the primary care setting, having the CRP results that show a patient is unlikely to have bacterial sinusitis, doctors are more confident about not using antibiotics and they’ve reduced inappropriate antibiotics use.”

While approved for point-of-care use in primary care offices in Europe, the same devices are not approved by the Food and Drug Administration for use at the point of care in the U.S., which Ebell finds baffling. Instead physicians have to order the tests to be performed elsewhere, costing both the physician and the patient extra time and more appointments.

The goal behind this research is to help physicians reduce the prescription of antibiotics for illnesses that don’t require, and often don’t respond to, them. Reasons for prescribing unnecessary antibiotics include habit, the inability to distinguish viral from bacterial infections and patient expectations.

Published in the British Journal of General Practice, the study is online at http://tinyurl.com/jy8ozvm.