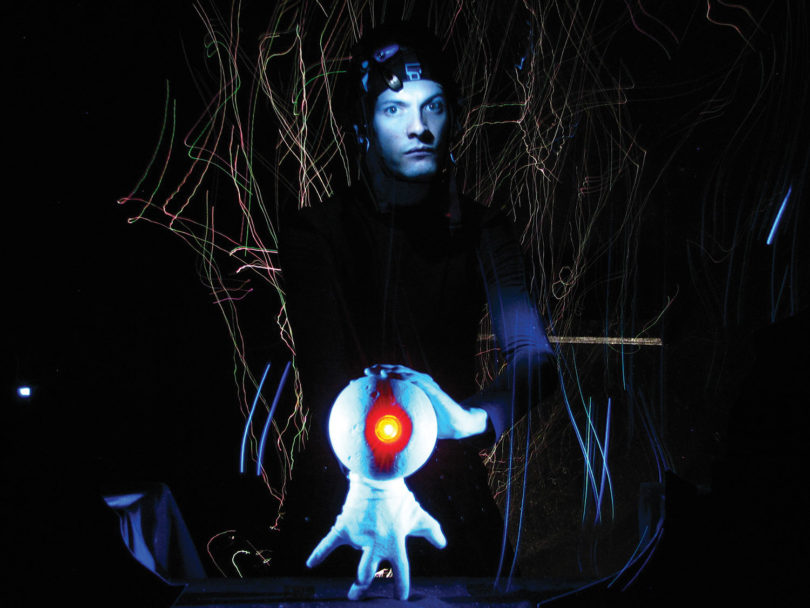 The Adventures of Alvin Sputnik: Deep Sea Explorer is an award-winning one-man show that melds technology and multimedia into a touching story of enduring love and survival. The visually inspired show employs a unique blend of puppetry, animation and live and recorded music to present an exploration of the next and oldest frontier: the deep blue sea.

Creator Tim Watts debuted The Adventures of Alvin Sputnik at Perth’s Blue Room Theatre in 2009 before presenting a highly successful season at the New York International Fringe Festival, where it was awarded Outstanding Solo Show. The show has gone on to win multiple international awards including Best Theatre Production at the Auckland Fringe Festival, Best Male Performer at Dublin Fringe and Best Original show at Fil Festival in Rio de Janeiro.

The family-friendly show, designed for ages 10 and up, has been compared to Pixar’s Wall-E for the stage. “Alvin Sputnik is an endearing Australian solo show told in stick-figure animation and puppetry … akin to a theatrical Wall-E,” wrote The New York Times.

Tickets for the show are $30 and can be purchased at the Performing Arts Center box office, online at pac.uga.edu or by calling 706-542-4400. A limited number of discounted tickets are available to current UGA students for $10 with a valid UGA ID (limit one ticket per student).

The show is sponsored by The Christine and Thomas Pavlak Performing Arts Center Endowment.