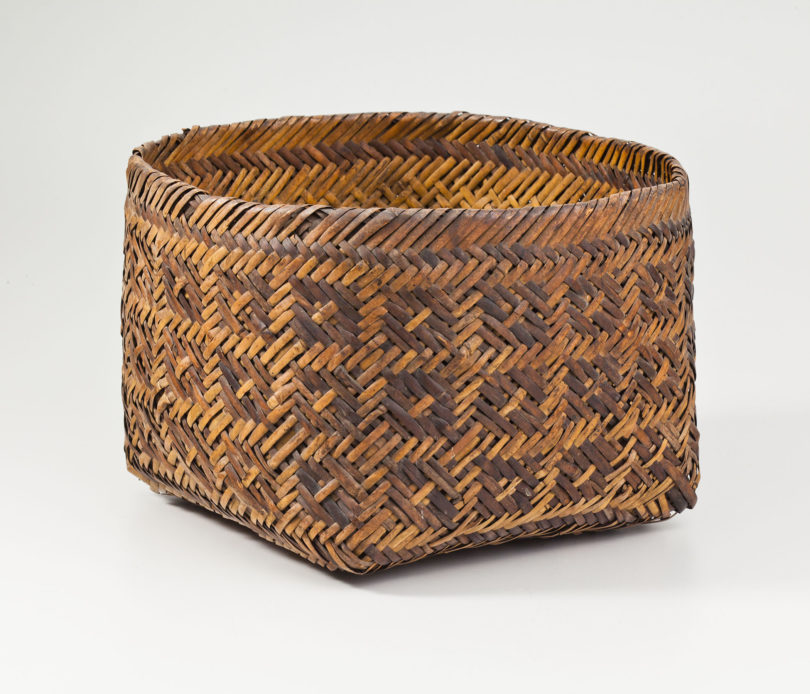 The Georgia Museum of Art will show the exhibition "Cherokee Basketry: Woven Culture."

For hundreds of years, the Cherokee people wove beautiful baskets that were both functional and decorative. When they encountered European settlers in the 17th century, the newcomers remarked on the quality of these woven objects and carried some back across the Atlantic Ocean. In celebration of this craft tradition, the Georgia Museum of Art is presenting the exhibition Cherokee Basketry: Woven Culture through April 17.

The exhibition was organized by co-curators Dale Couch, the museum’s curator of decorative arts, Mary C. Scales English, a student in UGA’s master’s of historic preservation program, and Janice Simon, Meigs Professor of Art History in the Lamar Dodd School of Art. The exhibition includes 45 objects, dating from the early 19th century to the late 20th century. Some belong to the museum’s collection. Others are promised gifts, including the many contemporary examples Simon lent to the exhibition. Still others are on loan from private collections in Georgia and from the Wachovia Historical Society, through Old Salem Museums and Gardens.

The range of woven objects in the exhibition includes not only traditional baskets, but also a quiver, a woven mat and a slat-back chair made in north Georgia that features a woven seat with Cherokee influence. Most of them are fashioned from rivercane (or “i-hi” in Cherokee), a plant that is almost extinct due to overgrazing and changes in water levels. Natural dyes such as walnut, butternut and bloodroot add vibrant color to the complex decorative patterns that run across their surfaces.

“It is a paradox that Americans romanticized the Cherokee while simultaneously nearly destroying their nation and removing them from their native lands,” Couch said. “These baskets represent a people’s cultural strength and persistence, the artistic power of Cherokee culture as well as the cultural confluences that created our present world, and they are visually among the great works of craft in our region.”

Related events include the museum’s quarterly reception, 90 Carlton: Winter, on Feb. 4 at 6:30 p.m., $5 or free for members of the Friends of the Georgia Museum of Art and attendees of the Henry D. Green Symposium of the Decorative Arts; public tours led by Simon (Feb. 24 at 2 p.m.) and Scales English (March 9 at 2 p.m.); and a Family Day on March 26, at 10 a.m. All events are free and open to the public unless otherwise noted.