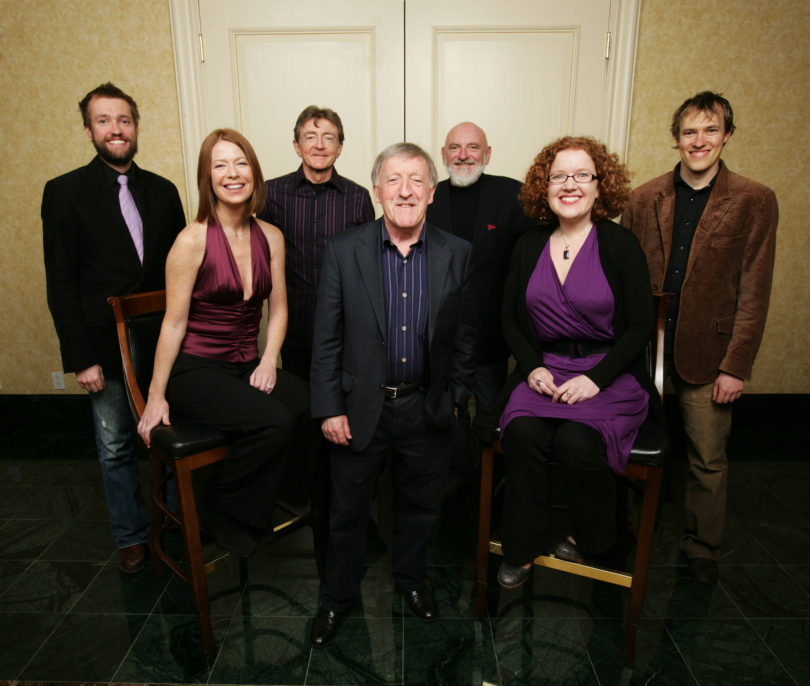 The Performing Arts Center, in partnership with the Classic Center, will present the Chieftains on their 50th anniversary tour Feb. 24 at 8 p.m. in the

Classic Center Theatre. Winners of six Grammy Awards and an Oscar Award, the Chieftains are the most honored traditional Irish band in the world. Tickets are $45-$85.

Paddy Moloney formed the Chieftains in 1962 from the ranks of the top folk musicians in Ireland. During the past 50 years, the Chieftains have amassed a varied résumé and taken part in historic events around the globe.

The band was the first Western group to perform on the Great Wall of China as well as being the first group to present a concert in the Capitol Building in Washington, D.C., the latter at the invitation of then House Speaker Thomas “Tip” O’Neill.

In a February 2012 profile of the Chieftains, New York Times writer Ben Ratliff wrote, “This is what a 50-year-old band looks like: a dynastic machine, producing new material from the present and the past simultaneously, collaborative and flexible, an entity much bigger than its music; a well of history and a blank slate for representing the ideals of the culture.”

The Chieftains have been honored in their own country by being officially named Ireland’s musical ambassadors. The band performed during the Pope’s visit to Ireland in 1979 in a televised concert viewed by a worldwide audience of 135 million.

In 2010, the Chieftains made history when Moloney’s whistle and Matt Molloy’s flute traveled to outer space with a NASA astronaut.